Apple’s last quarterly revenue hit $62.9 billion, which was an increase of 20%. 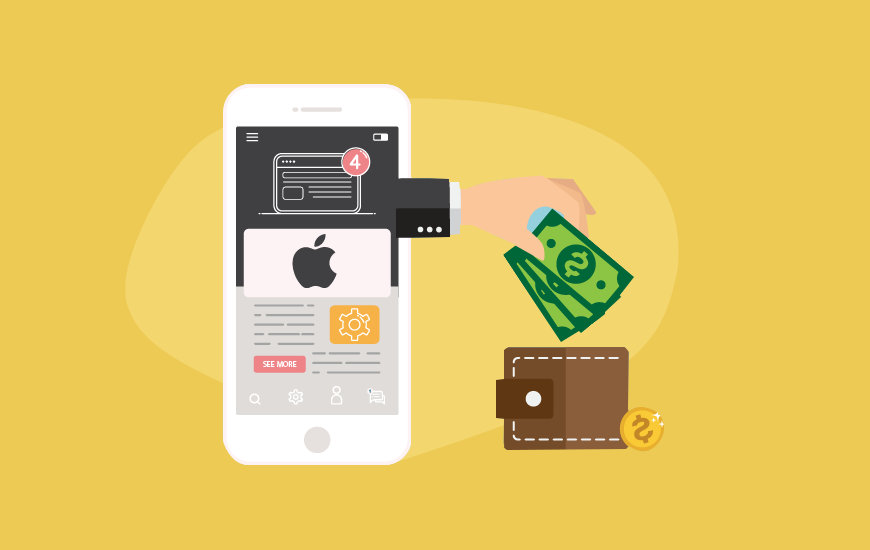 In its quarterly financial briefings, Apple has confirmed the iPhone sales figures are falling. While the company is still making a huge amount of money from sales of the device (it makes $31 billion of revenue), it is 17% lower than the same period in the year before.

Fewer people are buying iPhones in places like China, where local smartphone manufacturers compete with better specs at lower prices. A lack of headline features has also prevented iPhone sales figures from growing.

However, iPhone sales aren’t the only way that Apple makes money from the iPhone, meaning that it is still making money from its smartphone despite fewer sales being made.

Apple has now sold two billion iOS devices (iPhones, iPod Touches, and iPads), with most of these being iPhones. While each of these iOS owners may not buy a new iOS device annually, Apple can still make money from their use of an iOS device by getting them to subscribe to its services.

Apple now operates several service packages such as its music streaming service Apple Music. It plans to launch more subscriptions in 2019. One which is available now is the Apple News Plus news subscription service which allows people to pay a monthly fee to access premium publications such as Vanity Fair, People Magazine, and Esquire.

With these services, Apple can make hundreds of dollars more from an iOS user, which may be potentially more than that user has paid for their iOS device or more than Apple will have gotten from the sale (they may have bought the device second-hand)

Since 2008, iOS app developers have made more $120 billion from the App Store. They make this money through the sale of premium apps as well as microtransactions within free to pay apps.

The popularity of the App Store has made being a mobile app developer a potentially very lucrative career.

However, Apple also makes money from the sale of these apps and their microtransactions. Apple takes 30% of the purchase price of an app sale or microtransaction made through the App Store.

So of those billions that app developers have made with their apps, Apple has made billions of dollars too. Apple may not sell many more iPhones or iOS devices, but if people keep using apps on these systems, then Apple will still make money.

Something that causes the price of an iPhone accessory to be higher is the branded packaging. The price of a real charger for your iPhone is much lower when you purchase a charger with fuss-free packaging that doesn’t have Apple branding.

While you will still be getting a genuine iPhone charger that is the same quality as one in an Apple-branded box, you’ll be saving some money. Apple also uses this strategy with accessories such as its AirPods headphones and its cases.

While Apple is known for selling the iPhone, the device is valuable to the company for many reasons and that’s why investors keep investing in the company, although iPhone sales are lower.

NEXT How Can Your Business Benefit from Your Website’s Speed?

Best Metaverse Games: An Upgraded Experience of Having Fun

Metaverse is a massive concept that will revolutionize the shopping experience, traveling experience, and entertainment. But now, top Metaverse games are also changing the way the gaming industry works and making video games more interactive.For instance, with technologies such as Augmented Real

The development of all mobile devices is moving at an incredible pace. Each of them now has access to the Internet and thus the possibility of downloading applications. Above all, this is why a new generation has emerged, namely the PWA (Progressive Web Application). In this article, we are

Bootstrapping vs Venture Capital - The Right Funding Strategy for Your Business

For aspiring entrepreneurs, planning and arranging funds is one of the most crucial issues that become the hurdle between them and their dreams. Even in the modern world, where angel investors or startup loans have become a common topic, it can be quite difficult to figure out what funding options a

Usually, when you take your phone to your workout routine. It is terribly inconvenient as you need to hold it in your hands or in your pocket. There are even different types of belts for phones, however, you would still feel uncomfortable wearing them. But there’s a solution, i.e., wearables!&

How Is GDPR Causing Disturbance In Location-Based Marketing?

The technology has evolved so fast that it has created various branches to operate the contemporary business industry. Where business relies entirely on technology, the smartphone has become the center of the system. Here comes a critical aspect for the business and marketers that are the location-b