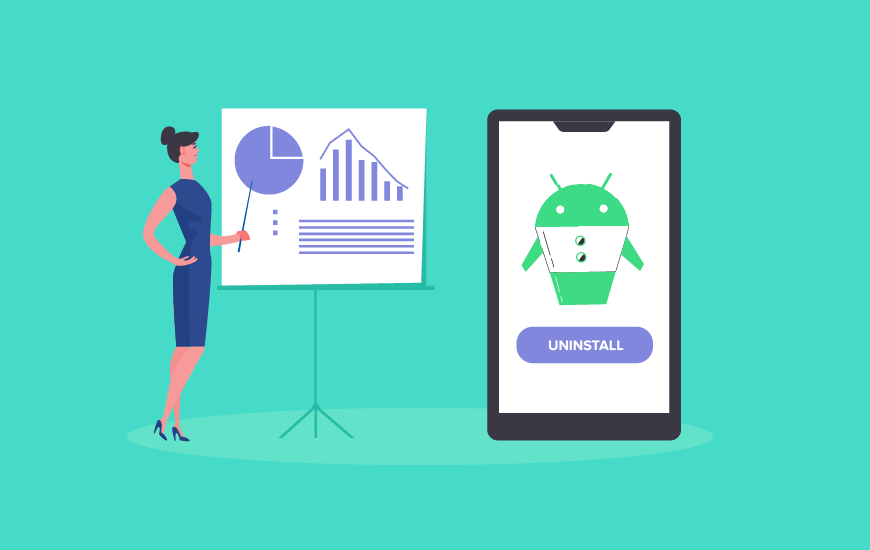 What is An Android Launcher?

Android Launchers are the software shell which controls the look and feel of the home and the app drawer of the Android Operating system. One cannot use an Android-based mobile phone without a Launcher. Android Launchers are provided by default by the manufacturer of the device, for example, the Pixel range of devices used by Google comes with the Pixel Launcher preinstalled.

However, one can use a third-party launcher for their Android phone freely. This is what makes Android devices more customizable than other leading mobile operating systems like iOS and Windows OS.

Recently, there seems to be a decline in the popularity of Android Launchers. In this article, we have covered the reasons why Android launchers are becoming less popular. 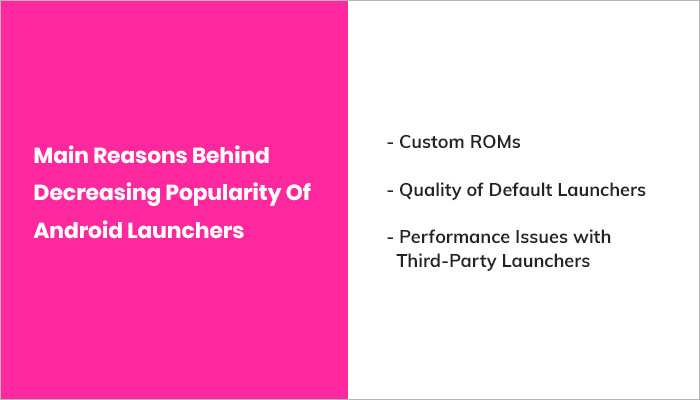 The common definition of ROM is Read Only Memory in terms of hardware in computers. However, there is very little to do with our reference to Android Custom ROMs.

In the case of Android devices, a custom ROM is the software firmware on which an Android device runs and is based on the Android Platform which is provided by Google. To put it simply, it is a customization of the default Android firmware which is released by Google.

As Android is an open source platform, people can customize the firmware and redistribute it as a custom ROM. People can install custom ROMs made for their device using firmware flashing tools.

The reason why many Android users prefer custom ROMs over third-party Android launchers is that custom ROMs provide a level of customization that cannot be met by an Android Launcher.

A custom ROM can customize every single part of the Android system including the performance of the device along with the endless customization. The recent rise in custom ROMs like the Lineage OS and other powerful custom ROMs has resulted in a decline in the popularity of Android Launchers.

2. Improving the Quality of Default Launchers

Another reason why people are moving away from third-party Android launchers is that the quality of default launchers that the manufacturers provide in their phones is increasing. Manufacturers like Samsung and Xiaomi have made loads of customizations on top of the default Android UI with their own custom UIs which are the One UI by Samsung and Miui by Xiaomi.

Not only Samsung and Xiaomi but other Android phone manufacturers like Honor, Oppo, Oneplus and more have also made significant upgrades to the default user interface in their respective mobile phones.

Also, with the demand for stock Android UI increasing, Google has started teaming up with manufacturers to make phones with the stock Android interface which are called the Android One devices.

These devices don’t have any bloatware installed by the manufacturers and users can experience the complete stock Android UI without installing any third-party Android Launchers which aims to give the users a stock Android experience.

Installing any third party software on your Android device can cause performance issues if the software is not properly optimized. Any extra software that runs on the system requires operative memory in the RAM as well as storage memory in the Internal Memory of the device.

Also, running an additional layer of UI will require processor cycles which can cause a loss in performance when it is required, for example, gaming.

Some launchers may look good but are not written by experienced developers and since most free Android launchers are developed by independent developers, it is not possible to test them on every single Android device out there.

This is why installing third-party Android Launchers causes problems like battery drain, memory loss, and system lags in some Android devices if they are not configured properly for that particular device.

This is why people who have budget phones with less amount of memory and weaker processors avoid installing third-party Android Launchers on their device. Even if you have a high-end device,   launchers can have software bugs which may cause performance issues on your device.

Android is a highly customizable mobile operating system and one of the ways that the users can customize the appearance of their device is through Android Launchers.

However, Android launchers are not preferred by many people nowadays and are losing popularity. There are multiple reasons for their decline in popularity, which include the availability of Custom ROMS, an improvement in the quality of default launchers, as well as the performance issues related to third-party Android launchers.

Also, in case you are interested in reading more such informative articles then make sure you follow MobileAppDaily. To never miss another update from the mobile app industry, make sure you click on the ‘Subscribe’ and get trending tech updates.

NEXT MailChimp Acquires LemonStand Amid Its Break Up With Shopify

Must Have Skills to Manage Remote App Developers in 2021

Once the theory of global integration through the exchange of technologies was unimaginable, it had been a daydream for some of the major contributors to the industries. But today the market has effectually devised into multiple opportunities. The possibilities are extended enough to absorb innovati