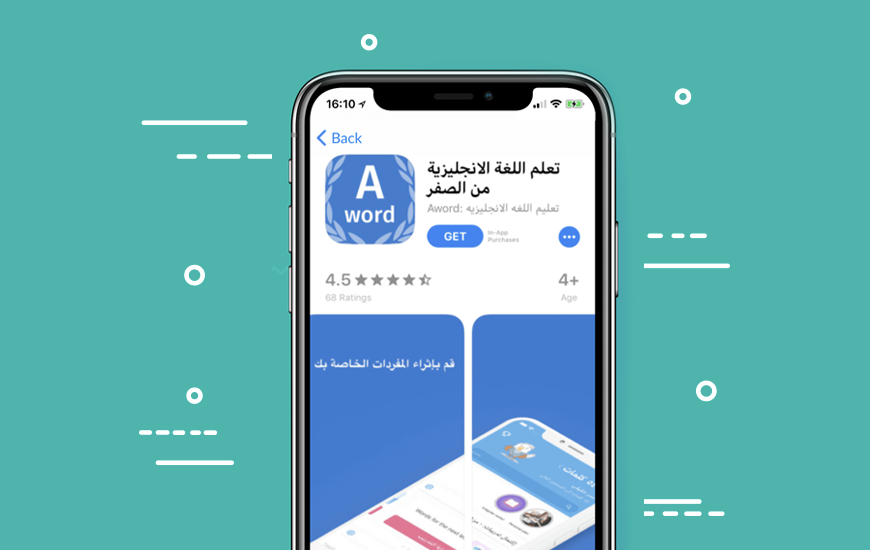 There are only a few non-oil booming sectors in the Middle East and Apple wants in on the untapped market of mobile apps, says Sam Blatteis, CEO of The MENA Catalysts, a government relations firm in the Persian  Gulf area.

After launching Siri in Arabic, Apple plans to branch out to iOS app users with an all-Arabic app store expected to be launched in September.

The Middle East, with nearly the same population as that of the U.S., has over 330 million people younger than its counterpart, making it a lucrative market for not just the iOS ecosystem but also all app owners looking to make a name. Despite having half the population still offline, there are 200 million people using the internet in the middle-east.

Demographic Representation of the Middle-East

Blatteis believes that the growing percentage of youth in the Middle East makes the region fertile for app development. And, Apple launching an all-Arabic App Store, will offer leaders in custom mobile app development, the opportunity to build more sophisticated app solutions to the region’s demographic.

Apple’s all-Arabic app store is currently being tested by leading app developers, app marketing agencies, and members of the 'Apple Beta Software Program' before it’s available in September to the general population.

The release will be accompanied by the arrival of iOS 13 to the region’s public. This will be monumental for leaders in iOS app development as they can build custom apps for the user needs of a whole new demographic.

Localization of the App Store

Ever since the initial release of the Apple app store in the Middle East in 2015, Apple has strived to gain localized content from the Arab region and integrating it in their app store. Though, still in development, Apple believes that the 'Arabian and Gulf Cooperative Council' is a lucrative market and it’s the best time to get into the action. Moreover, as Apple succeeds in breaking the language barriers with its App Store Content in Arabic, the Arabic-speaking world can see a surge in the portion that browses online. Naturally, spiking up the user base.

With mobile app solutions, from entertainment to utility tools, being available in Arabic. App owners are looking at an impressive hike in demand. As Sam Blatties points out, if there would be content in Arab for Arabs by the Arabic people, it would undoubtedly dig out significant results, which is unseen in an imported-foreign language.

There’s no better news for app owners looking to expand their user base than Apple launching an Arabic version of the app store. With content understood by the Arab world, app owners and developers can reach customers who are yet to access online services.

Statistically, Apple’s move to go pan towards the middle-east will open more than 450 million Arab-speaking people to its app store. This has become more of a necessity at a time when only one to two percent of the content available on the internet is in Arabic.

Market Reach of the App Store

The all-Arabic app store will offer content that is central to the markets of the middle-east thus prioritizing Arabic materials over other content from the internet. The Jerusalem Post calls this move by Apple, an attempt to increase their market revenue share in the middle-east and be a leader in iOS app development. It’ll be interesting to map the growth dynamics of the Apple app store from its initial release in 2015 to the upcoming launch in September.

In a digital marketplace saturated with apps for every little thing, Apple opening the door to the mobile app market in the Middle East is bound to give considerable exposure to mobile apps yet unnoticed in the English speaking world.

Naturally, with hardly any Arabic content on the internet, application developers with pan Arabic apps will have a higher value in the stock market, allowing them to leverage the price of their shares for new advancements. And, of course, this will also give Arabic speaking developers and marketers the exposure to grow their skills.

Digital Marketing of the App

With a new user base that speaks Arabic, app owners will have to curate the app store content to Arabic sensibilities, leveraging the best app store optimization tools curated in Arabic. Digital marketing agencies will also need to hire Arab speaking marketers to connect with middle-eastern users. Similarly, their mobile user behavior, popular trends, market risks, and challenges along with other factors will need special consideration by developers and marketers to create and sell praise-worthy apps.

An all- Arabic app store will not only offer more sophisticated app solutions to mobile users in the middle east but also opens a whole new market for mobile app owners to increase their app downloads. With a higher user base, they will also be able to capitalize on in-app purchases and app advertising.

These downloads and app-installs will also increase with improvement in the Arabic Copy of the app page. This means that developers will need to consider Arabic sensibilities for app store optimization, title keywords, etc.

Top Reasons: Why Your App Could Be Rejected By Apple App Store?

The success of an app is entirely dependent upon the functionality and quality and also the experience it delivers to its users. These are the only aspects that can make or break an app’s existence among users. On average, smartphone users spend about 177 minutes on their mobile devic

Won’t you think this mobile-first world is expanding at a breakneck pace? And, does not it seems like the scenario is getting tougher for a regular mobile app development company to get proper exposure? In case, you feel the same, you are not wrong. The ongoing competition has both a positive

Writing a business plan is often considered as the key to business success. However, there are businesses that have seen profits even in the absence of a business plan. In the presence of great timing, rock solid sales skills, a passion for entrepreneurship, and luck, entrepreneurs tend to create pr

Till May 2020, online grocery related web searches saw a boost of 202% which proves that the online grocery business is blooming with time. However, many online grocery challenges are also coming into existence with this growth of the sector.The growing online grocery market has many issues and

Usually, when you take your phone to your workout routine. It is terribly inconvenient as you need to hold it in your hands or in your pocket. There are even different types of belts for phones, however, you would still feel uncomfortable wearing them. But there’s a solution, i.e., wearables!&