Know which mobile app development is suitable for your next app 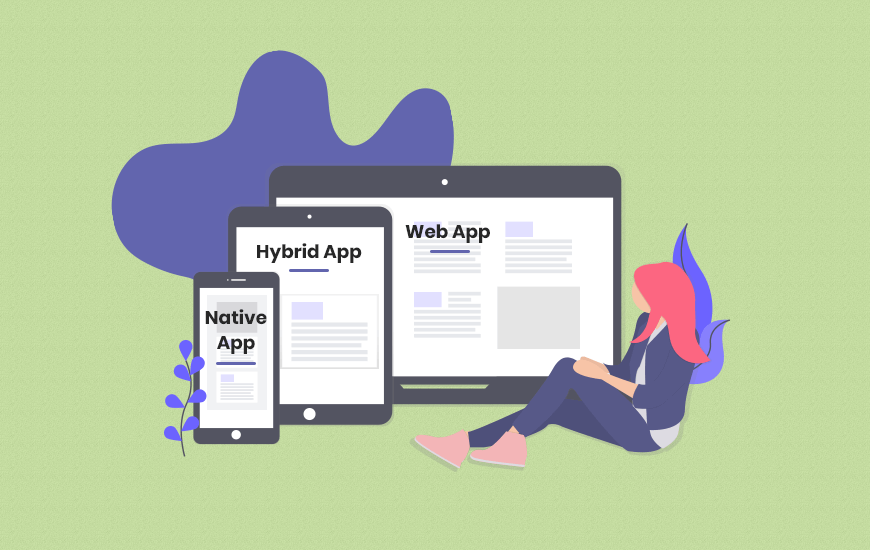 Mobile apps are varying in type, content, and capabilities. The well-known market types are web, native and hybrid apps. The comparison does not necessarily bring out superiority. It’s no dispute that the cost of developing an app is a chief factor in the choice of the mobile app development type.

You might have come across various articles like native app vs. web app, hybrid app vs. native app, web app vs. hybrid app, and so on. But in this article, we have taken all the three platforms and have analyzed them carefully.

Here are technical parameters of all the mobile app development platforms and for better understanding, we have also included the pros and cons. So, to start with, learn about web apps, followed by native mobile apps and hybrids apps.

What To Test In Web, Native, And Hybrid Apps

For Native and Hybrid apps

The app is hosted by a web browser, Mozilla, chrome or safari. Do not confuse a web app with a web browser. Web apps are designed to give a summarized brief of the intended purpose. Broader perspectives are given by the web browsers. These apps utilize the web view feature; it typically consists of the embedding of a browser in an app. There are so many reasons to opt for web apps due to having number of benefits.

The cost of developing this app is generally low. The programming languages used; are JavaScript, CSS, and HTML5. Pro web apps like progressive web apps have simulated limited functionalities of native web apps.

These mobile applications are developed for specific operating system platforms. Some market players are IOS and Android. The apps are stored in the virtual online app stores like the Google Play Store, Apple App Store, etc. They are widely used worldwide as they top the list.

Programming languages used are swift and objective- C for IOS whereas Java is tied to Android; specific Integrated Development Environment (IDE) software with capabilities to enable rapid and intelligent programming is used. Mobile apps developed under this platform are replicated in programming languages specific to the target platforms driving up the cost.

This app integrates native and web apps. The programming languages used are: JavaScript, HTML5, and CSS. This app runs on web views like web apps with additional features and functionalities like those of native applications. The background of developing these apps is mainly for custom use; therefore, automation is reduced.

This app is fragmented into two: back-end code built in the aforementioned programming languages and the native shell which identifies it with native apps. The cost of developing an app is lower to that of a native app.

What do you want in the end about the web, native, and hybrid app? Use the advantages and disadvantages as your checklist. Cost of app development can kick in, but it cannot be the sole determinant.

Conclusion: Native vs. Hybrid vs. Web

Native apps outdo the other apps in delivery. It might be your ultimate choice. Your environment and future goals should determine the app type suitability. Native apps are however highly recommended. No app is obsolete; are your needs met by this particular app, if yes? Take it!

For more information on mobile app development, you can comment below and we at ‘MobileAppDaily,’ will try to assist you with the same.

Why to Include Real-Time Features in Mobile Apps in 2021?

There are still some secrets that big companies like to lock away from others to stay big in the market. The Node.js is one such secret. Many big names in the industry are using this Javascript for their applications. Node.js is the best Javascript runtime environment that could be used to build and