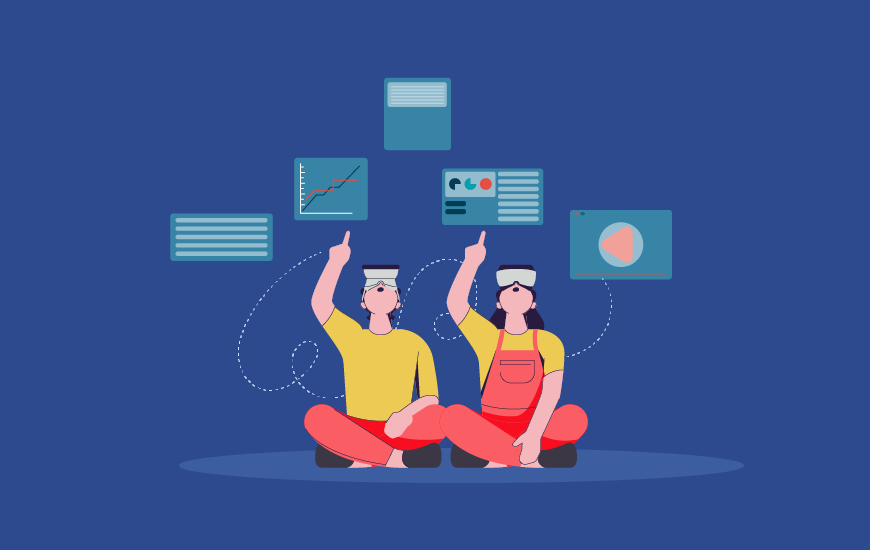 Nowadays, we have seen a lot of involvement with the Augmented Reality technology in our lives. There's no doubt that this AR technology has been contributing a lot in implementing simple tasks as well as the complex ones like adding animation in social media filters and assisting in performing medical surgical procedures.

So, get ready to read about some of the most interesting insights on a trending technology i.e., Augmented Reality!

The term AR stands for Augmented Reality and can be defined as the process of integration of digital data or information with an actual reality-based environment in real-time.

When it comes to the concept of augmented reality, many people tend to confuse it with the concept of VR that stands for Virtual Reality. But AR and VR are different technologies that work on separate concepts. For example, in VR, a completely different environment is created artificially.

In the year 1998, we were able to witness the first commercial application of augmented reality, which was during the football games to display a broad yellow line known as 'Touchdown' line in the stadium field. 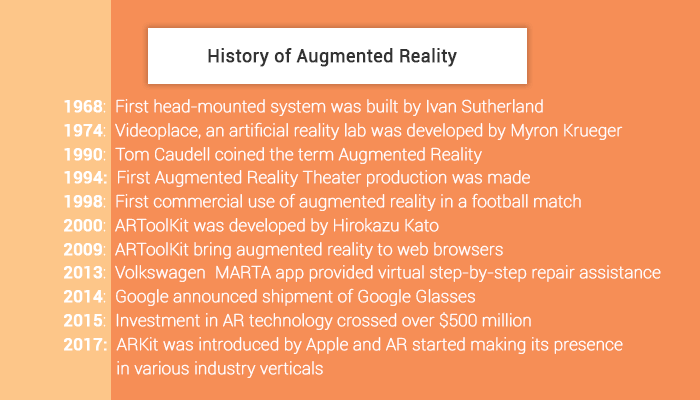 Since then, we sure have come a long way in the field of Augmented Reality as now we have AR Headsets as well as glasses that portray excellent usage of the augmented reality technology in our day-to-day life.

Let's know why the augmented reality products are in such a huge demand from various industries like Marketing, Healthcare, Travel & Tourism, and many more. But first, we need to know how AR works.

How Does AR Actually Work?

The working of Augmented Reality is based on the main objective of superimposing digital elements like audio, graphics, images, etc. on top of a real-world environment, the emphasizing part here is that it is done in 'Real Time'. 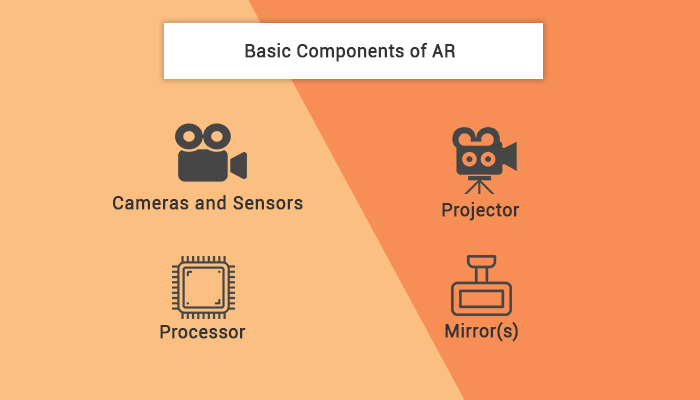 Many people mix it with the concept of Graphics, but that's not true as Augmented Reality uses different components to implement this whole process. These are the four basic components that are required to accomplish AR, which are:

What Are the Types of Augmented Reality?

As we know that the Augmented Reality applications are written in 3D programs to tie the digital content onto an Augmented Reality marker existing in the real world. It's time we take a look at the main types of augmented reality: 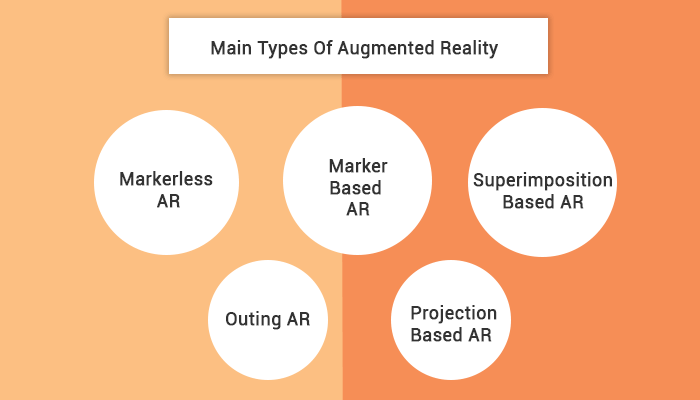 The first type of AR is the Markerless type, which is also referred to as a Position-based Augmented Reality. Because it is based on the location, several elements like a compass, GPS, accelerometer, etc. are used in determining the user's location and other details related to it.

The marker-based augmented reality type is also known as the type which operates like the process of 'Image Recognition.' This is because it needs a special camera with a visual object for scanning purposes. 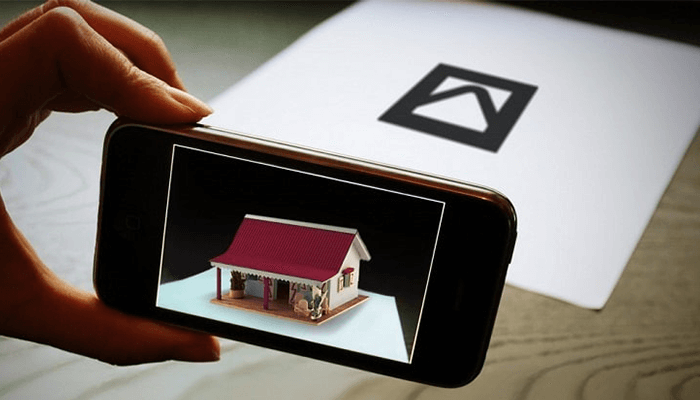 In a few cases, this device may also require to calculate the accurate positioning along with the orientation of the 'Marker' with respect to the digital information. Once the position is calculated correctly, then the marker will be able to display the animated content to the user.

As the name suggests, in this type of augmented reality, the objects are superimposed on the real-time environment by replacing the original view with digital content. It can be replaced completely or partially.

In superimposition-based type, object recognition played a major role. Let's understand it with an example of a famous application that is IKEA Catalog, where the user can see if a particular piece of furniture will look good in their house or not, with the help of this concept.

The outlining type uses the concept of object recognition as well, but it combines with the projection-based technique. This type is much easier to explain with a practical example i.e., suppose the user wants to park his/her vehicle. Still, due to darkness or any other factor, the user is facing difficulty in parking the vehicle correctly. 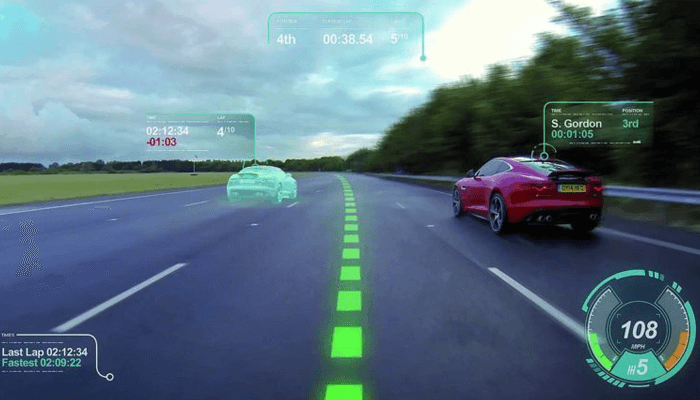 The projection-based type is another widely known type of this advanced technology where the augmented reality device projects a synthetic light on a surface. This projection can be interactive as well as non-interactive in nature. 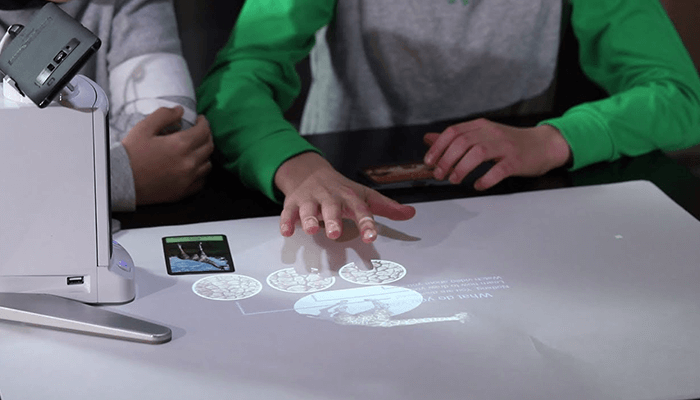 These are the five main categories of augmented reality technology. Although the markerless augmented reality type is the most widely used type, but all the types hold significance as well, they are now being researched for other applications.

When it comes to the working part of the augmented reality technology, we have already presented stated the basic components that are required in the process. But there are approaches to take the process ahead, and one of the main approaches is SLAM. 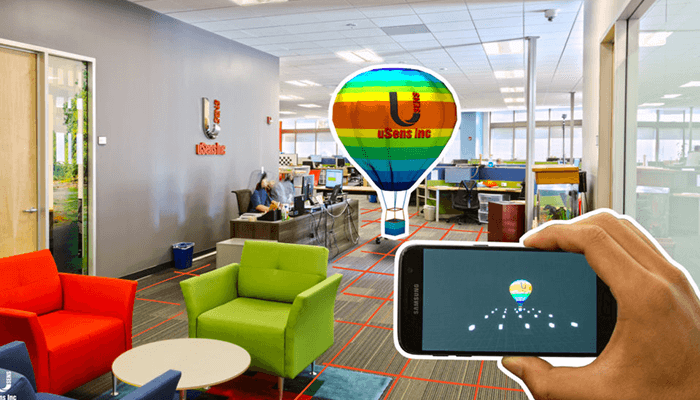 The term SLAM is short for Simultaneous Localization and Mapping, which has also be known as the best way to render the virtual images over the objects from the real world in real-time. This approach is also efficient in solving complex, augmented reality problems.

Other devices that support augmented reality are smart TVs and advanced PCs. The input can be taken via a webcam, and then it can be easily manipulated by a tracker in front of the screen. But the issue that arises here is the availability of augmented reality apps, which is very less in comparison to the smartphone ones.

An AR Headset, a.k.a the Augmented Reality Headset, is a specialized device that allows the user to experience a simulated virtual environment with the help of an optic display lens. With this device, the end-user is able to see the digital content as well as the real-world together. 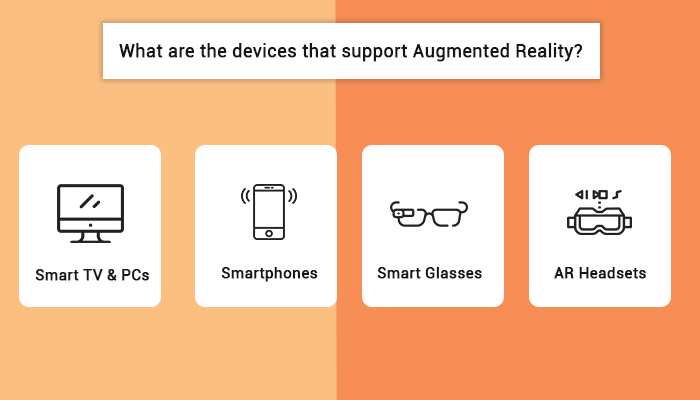 To stay up-to-date with the innovation in augmented reality and latest augmented reality-based news in various other industry verticals including Healthcare, Entertainment, Travel, Transport, Education, Lifestyle, and many more. Just click on that ‘Subscribe’ button, so that you get notified every time we post about Augmented Reality.

A Guide To Make Wireless Charging A Breeze For You

Wireless charging is an important subject-matter for the users now. And, it’s the thoughtful discussion for the geeks who know what it feels like roaming with the minimum battery percentage in their device. Talking as a field-expert, the concern has, for quite a few years, remained an area tha

Effective Tips to Deploy AI and ML in Running Application

Famous Women in Technology with Crucial Roles throughout the Tech History

Throughout history, women in technology have played critical roles in the development of technology. From Ada Lovelace to Grace Hopper, there are many great names on the list of famous women in technology to whom we can never be thankful enough.In this blog, we are listing down a few top names o