Mobile App Interaction: Follow-Up Guide Every Designer Should Know in 2021 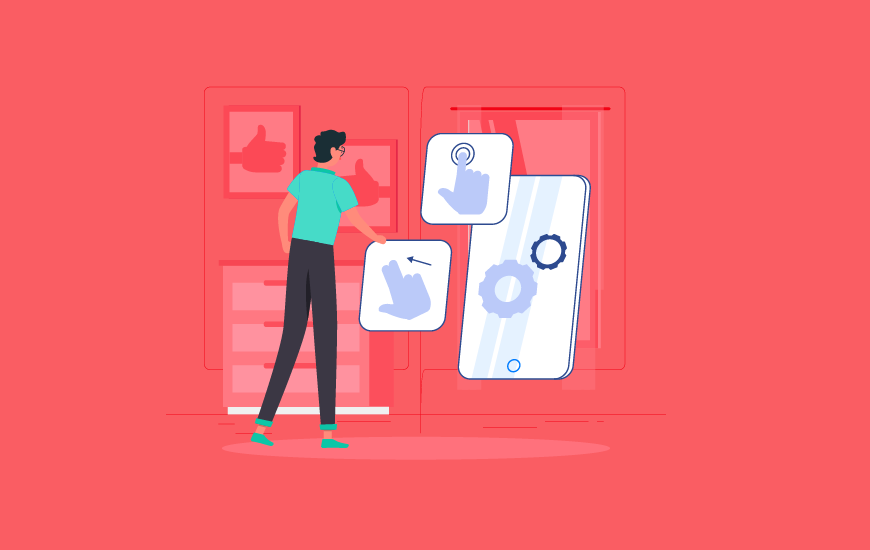 A Fortune report claims, 75% of users never come back to a mobile app they have opened once. The numbers are indeed not in favor of any business operating in the similar domain.

So why do users abandon a mobile application after it is opened once? Is it because of the design? Or it’s the content that should be blamed? I am going to cover all this and a lot more in the write-up while talking about the best practices to enhance mobile interactions.

Let’s take it practically. What are those apps you like to visit the most? The ones whose design can be measured simply or those that confuse you even with the navigation? It’s the former absolutely.

Have you ever thought why we love to navigate through the mobile apps that do not clutter the designs for us? Simply because of their quality of designs as the navigation gets simpler for the users. When it comes to the design, the list of specifications to keep into the mind gets bigger and bigger for the designers.

Mobile apps are expected to be clear. And the ease of navigation forms an important point too. Having an intuitive interface, coupled with decent animations in a mobile app is always for the benefit of the designer as more and more users would like to navigate through such mobile applications.

The design could be such that it could guide users through the app and doesn’t make it a task for them to find the next step. For being able to design such interfaces that could prove to be one favorite to the users, follow the below-mentioned guidelines.

Before that, here are few considerations to keep into the mind. While designing, two kinds of interaction rates that are essential for every designer are.

Now Let’s Get Closer to the Mobile App Interactions to Follow:

When people are downloading your mobile app, they wish to utilize every single feature it offers to them. Right from the bell icons to the elements under the hamburger menu, the users prefer to use all the icons with ease. If you can’t please your users with the icons, you are not inviting them towards it.

Let’s understand the same from the perspective of a user. As a user, you are most likely to browse through easy navigation. Isn’t that right? And why design such navigations that even makes the browsing difficult? Such kinds of interactions are never going to fulfill the requirements of users with a mobile app. Therefore, it is far better to design the utilities following the expectations of the users.

2. Do Include the Goodness of Learnability

Learnability stands for how easy it is for users to interact with the mobile application and how quickly he/she learns from previous experiences. The bottom line is, users are interacting or navigating through the screens only to experience the ease that comes along with the design. No one would ever like to land up in the messy cobweb of design only to get confused. So, to take a design into the minds of users the navigational experience of the app must seem different from other apps.

The users are different even with their ideas of holding the smartphone. The way of holding mobile phones depends significantly on the situation and the condition on which the mobile app is used. The three common types of holds include: 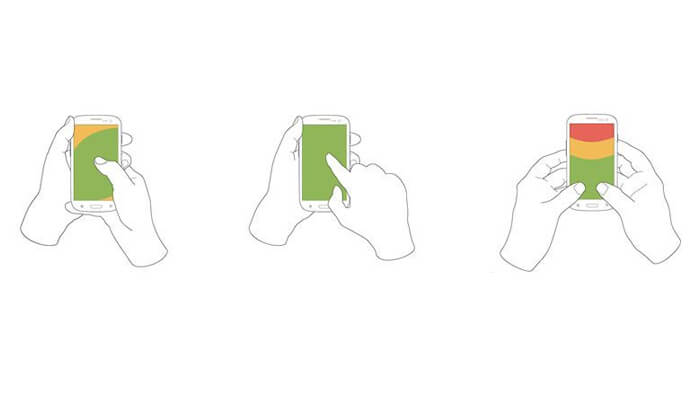 4. Don’t Forget to Include Recognition Pattern

Recognition patterns are those with whom the users already strike familiarities. For example, while browsing through an e-commerce website, you may notice certain pop-ups that urge you to add the item in your cart. These are recognition patterns that may impulse the users to have the product in the cart. This is a way for the developers to add to the popularity of their mobile apps. Users quickly become accustomed to the things they see the most. The absence of these elements may feel uncomfortable for them.

Placing CTA buttons at the right interval would also push the users towards buying an item but these buttons need to be recognizable enough for users. So, working around the designs is very much important for UI/UX designers. The more the design is visually appealing the more it has the capacity of attracting the users.

5. Do Not Increase the Number of Actions for the Users

The sole purpose of a mobile application must always revolve around solving the problems of the users and not adding more to it. Ergonomic designs are thus an important part of the design for all the UI/UX Designers.

This means mobile apps must serve the users precisely for every type of concern even if it is about landing to a piece of information either of the website or on an app. Designs must flow effortlessly for the users. So, employ a minimum of actions so that reaching the point may seem easier for the users.

6. Give Enough Time for Testing

As I have explained earlier, mobile interactions are there to guide the users towards the predefined directions. And to identify the flaws well before the time, it is important to have usability testing for the app you have designed. It is essential to test the app for a potential audience so that they could not find difficulty while browsing through the same. Such testing is generally done at the UX stage and forms an important part of overall testing.

Usability testing allows bug identification as well as resolving the same at the earliest stage so that the users won’t find them later while using any of the applications. Ensuring testing and fixing the bugs at an early stage is important for the success of every application that developers must follow.

All the above-explained elements are as important as, offering a new service to the users. And while hosting your users, do keep in mind to serve them the best. Users are never going to encourage something they don’t feel comfortable to use. So, it is vital to design icons to suit the requirements of the users and for that, you need to follow the latest UI design trends and guidelines.

NEXT Google's VR Painting Tool Tilt Brush Gets Some Add-ons

Principles of Mobile App Design: A complete Guide to UX Design and Development in 2021

Flurry analytics has declared an average user spends 5 hours every day on mobile. And that shows the reality that a vast amount of user’s time is spent either on the applications or the web. But not all the mobile applications are making it to the handsets of the users. And the apps that are t

How Can Data Science Improve UX Design in 2021?

User Interface or UI is the most important part of any app. It doesn’t matter how many features have you added, your app has to look good and it should be easy to explore.Now, even if you want to build an app with a perfect UI, how will you figure out if that’s the perfect design? We