Latest Mobile App Usage Statistics For You To Look Into 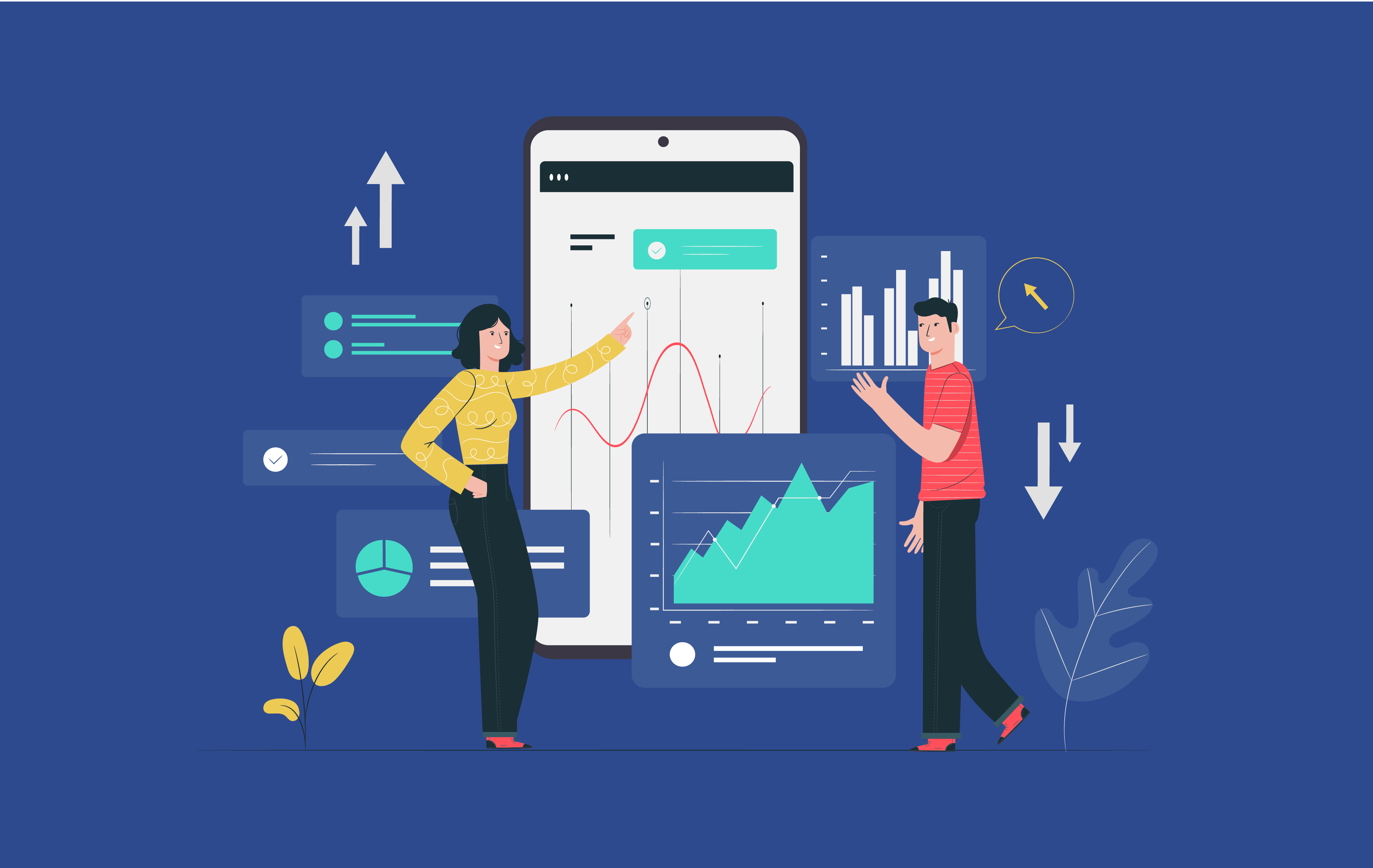 If we consider app download statistics, the number of mobile apps downloaded is expected to reach 258 billion by 2022. This forecast was done by App Annie. In this blog, you will find some statistics on the app market exposing facts like the one I mentioned.

According to app store statistics by Statista, Google play store and iOS app store secured first and second place in the app store market respectively. However, these app downloads stats might vary depending on the filtration process these app stores follow. 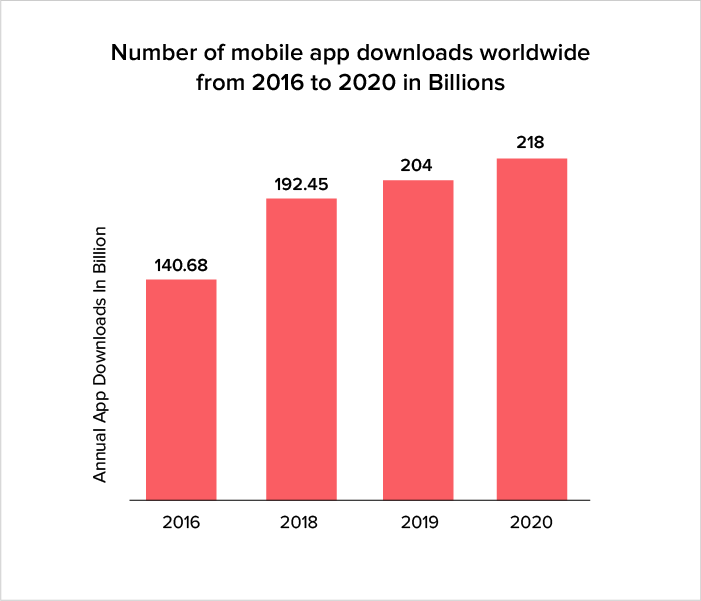 According to the mobile usage statistics of App Annie, consumer spending will increase by 92 percent from 2017 and touch average annual spending of $157 billion. It will include a 23 percent increase per device since 2017. The new average annual spending on each device will reach $26 by 2022. This amount was below $21 per device according to mobile app statistics from 2017. If you are interested in tackling the market and making an effective app revenue, you should start planning!

4. Leading app categories in the US market 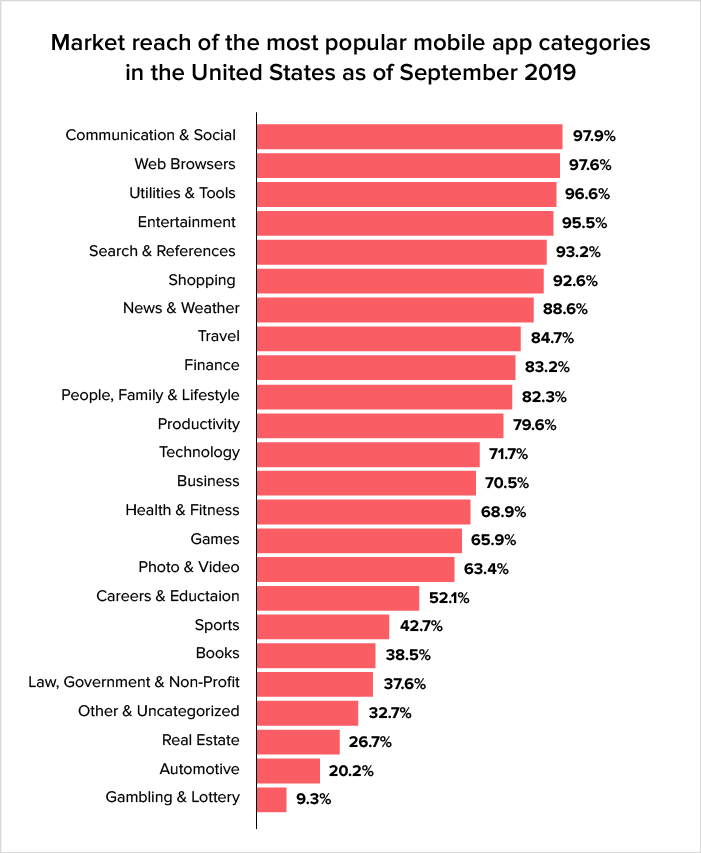 5. The distribution ratio of free and paid Android apps on the Google play store

6. Distribution of free and paid iOS apps on the Apple app store

7. Mobile app statistics with the most time spent on each category 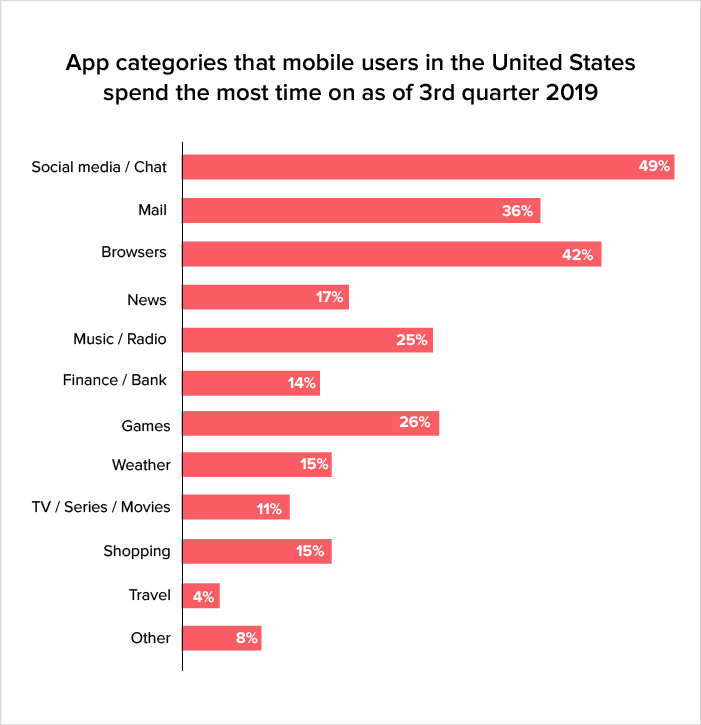 Among all categories, time spent on Social media or chat apps was the most by the users in the US As of the third quarter of 2019, 49 percent of users used Social media and chat apps the most. In the second position, web browsers made their place. Moreover, other segments like gaming apps and news apps covered 26 percent and 17 percent respectively. 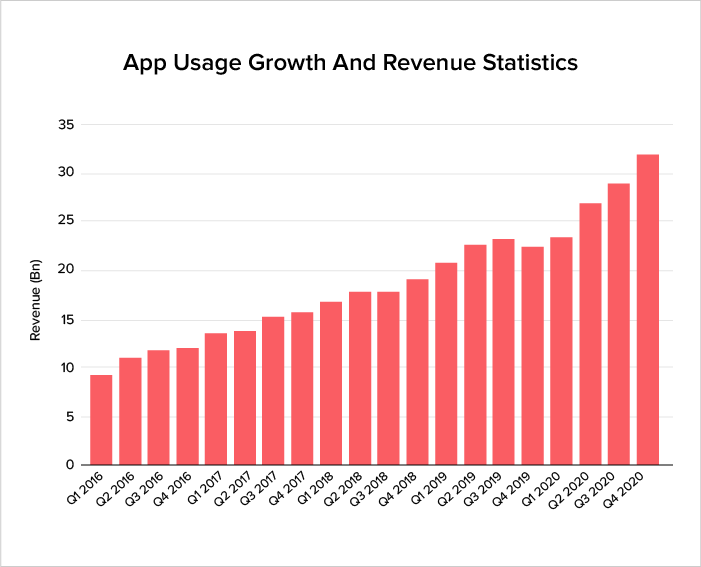 According to App Annie, iOS and Android apps generated $31.9 billion in the fourth quarter of 2020 combined. In the first quarter of 2016, the generated revenue was $9.1 billion. These app usage stats show how rapidly the app market has grown. Moreover, these app revenue statistics include in-app expenses, app prices, subscriptions, additional items, etc.

If we go through app downloads stats, the App store always stays behind the Google Play Store. However, in terms of revenue, the App Store has been defeating its toughest alternative for quite some time.

Among all categories, Gaming apps have a big advantage. Especially if you make a mobile game and it gets viral-like PUBG Mobile did. In 2020, the spending amount on PUBG Mobile by gamers touched $221 million. Moreover, the game has been downloaded over 730 million times on iOS, Windows, and Android devices combined.

Even in this segment, Apple’s app store successfully defeated the Google Play store continuously in every quarter. In the last quarter of 2020, the revenue generated by iOS apps was $13 billion. However, Google Play Store stayed behind in the same segment with $8.8 billion.

12. Some other app usage statistics you might find useful 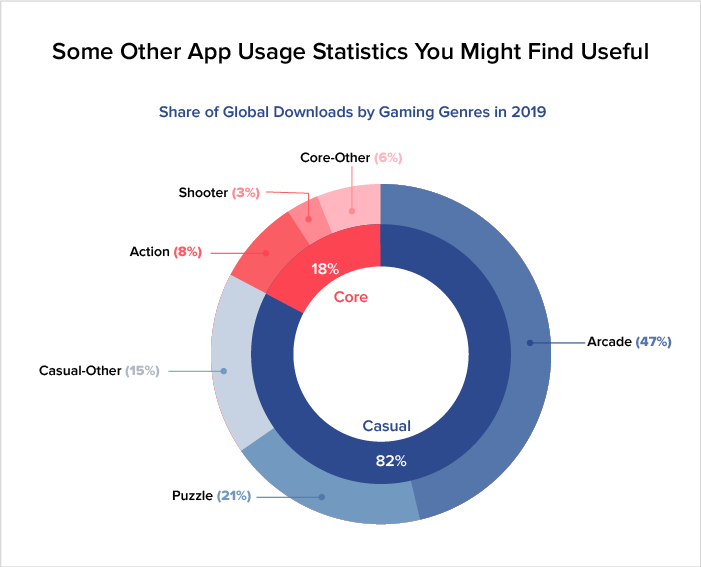 If we focus on app download statistics discussed above, targeting Gen Z as the potential app user can boost the growth of your app. However, to compete with millions of apps existing in the market, your app will have to be more than perfect.

To make your app stand on the top, you can not only focus on adding features; you will have to keep marketing strategies in the mind as well. App marketing is one of the crucial tasks you need to execute. You can either do it yourself or you can hire the best app marketing agencies to do that for you. Even though this process might be costly, a good marketing strategy can help you in generating good revenue in return.

PREVIOUS The Future of Artificial Intelligence And Its Impact On The TV Industry!

NEXT Google Play Store Vs. Amazon App Store: The Clash of The App Store Players

What is App Store Optimization and How it Boost App Ranking in 2021?

Promote Your App For Free Using Simple Yet Efficient Ways

Building an application is not enough, especially when you want that particular app to perform well in the market. So, in case you are wondering why is that? I am going to go ahead and answer it for you along with an explanation.In order to get the word out for your app, you need to promote it f