A mobile app is a must for business because people spend 87% of their time on mobile apps. 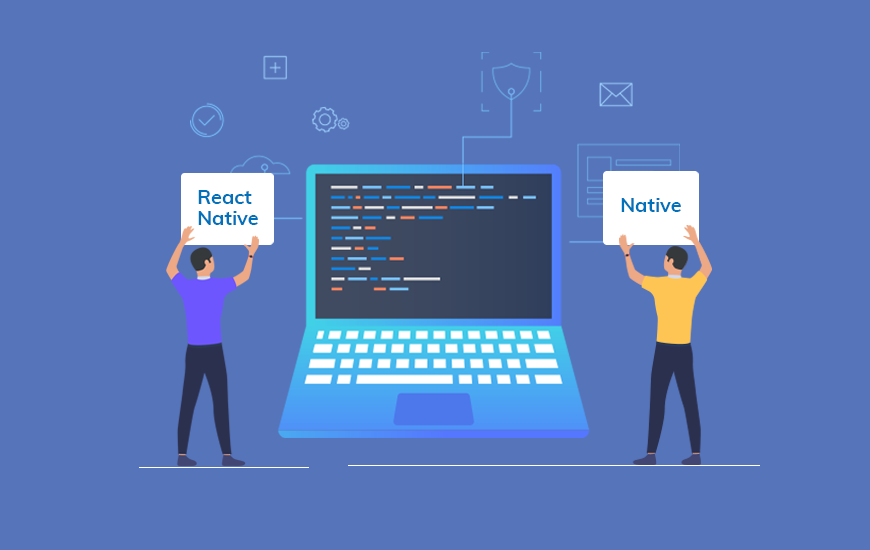 Following these numbers, you can understand how important it is to get yourself into the application development to enhance your profit margins.

Technology stack has become the backbone for developing mobile applications, and considering them initially is a smart choice. It also plays a crucial role in your business development and strategy. All you have to do is prepare a summary with your goals, scope, budget, and technical assistance, and you are done with the toughest part.

Nowadays, any mobile application development company is thriving to deliver the best to the users. Consider that you want to develop an application for iOS as well as Android users or a platform that is reliable for both. You also need a framework having its own development module and optimal UI and UX as well.

In case you are asking for a platform that is actively supported across different layers without further application development, then React Native is the best way. It allows the app development to be supported across multiple platforms, and for this; you can hire react native developers.

In this article, you will learn the differences between React Native and Native applications in detail, along with some other useful applications.

Every day, the number of the internet or mobile users are increasing, which gives a genuine reason for the mobile application development companies to perform better. The most used OS platforms are Android and iOS, where the mobile phones are operating enormously.

If you are considering the app development, it is essential for you to know:

For these two absolute variants, just a brief is not enough. Let's dive deeper into their actual concepts, including technology, excellence, performance, and lot more.

For the cross-platform mobile apps, React Native app development was introduced. Initially, it was created by the Facebook developers for their own dealing but later in the year 2016; it was released publicly.

The apps built on this platform are Bloomberg, Instagram, Activity feed and Facebook ad manager, and many others. React native actually allows the shipment of iOS and Android applications under a single code base to the extremity.

It is the most improvised comprehension to perform better than other network technologies. So if you are looking for app development, then don't take long to hire react native developer.

Benefits of React Native Over Other Platforms

It has a wide range of possibilities to share code between different platforms, which absolutely makes it most suitable for business. The Android app development companies are making significant profits with it. Let us know about its other benefits as well-

As we are performing a comparative note why not flip the coin and learn about its cons as well to examine the actual necessity.

Following are some of its cons:

If you are active in app development, then don't take long to hire app developers. Native mobile app development is more or less like old school concept for building web applications but do not confuse it with old fashioned technology.

It is entirely based on developing the application from scratch for any operating system. The app development is supported in multiple languages, and if you certainly wish to create the application for Android as well as iOS platform, then you need to hire app developer with proficiency in technical skills. 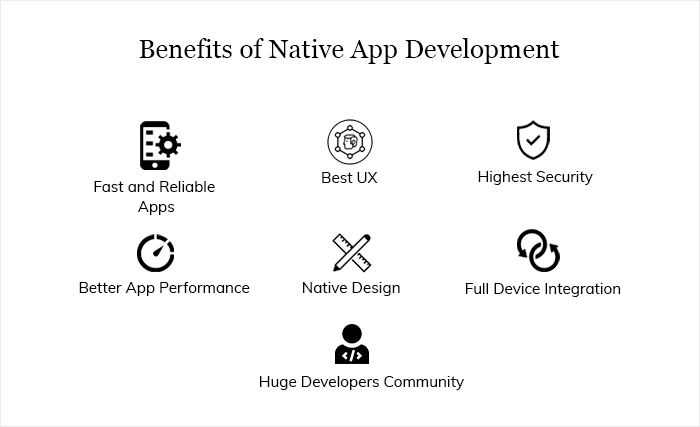 Following are the benefits that come along native mobile apps:

Here are the disadvantages of native apps:

What should I prefer Between React Native and Native App?

Before choosing for any platform, it is essential to consider your goal about the application and its duration. There is no other way around instead think about the idea rooted in your mind. As the React Native gives cross-platform for mobile app development, native app development is entirely different.

The two possible scenarios you can fit yourself in are-

> If you want to develop faster and comparatively cheaper means then it is not required for your application to be integrated with the sophisticated technology. To serve this purpose, you can consider React Native development.

> If you have an idea to develop an application with many essential features then consider the native app development. 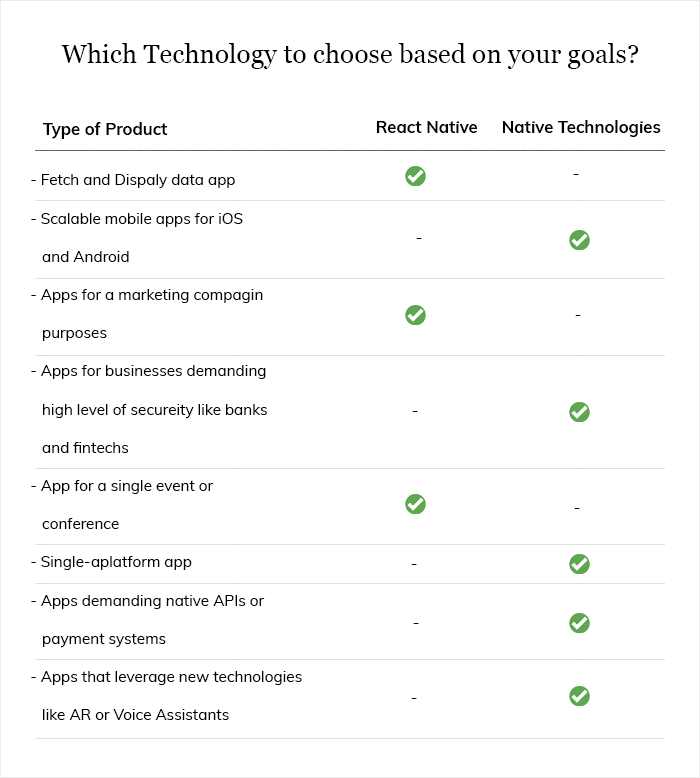 In the long race of both don't miss the online Giants like Instagram and Facebook, which are converting the advantages of cross-platform mobile development network. Understand the fact that if you need more sophisticated features, individual elements for interfaces, dependency among native libraries, then you need native code for this requirement.

Here is a list of some of the significant applications which daily come across to us:

The mobile app development companies are absolutely converting the online presence of users. With two of these app development technologies, you really need not search much about their pros and cons rather make yourself clear with your application comprehension.

Native app development is suggested when the aim is to deliver excellent performance, acute integrations with the API and features a specific platform. On the other hand, React Native is best to serve the immediate purpose where the scale is not large. Speaking according to quotation, the former one is larger on budget while the later comes with affordability.

Especially discussing the app development, it is imperative for you to know that there is no fixed budget associated with the project. It is justified that when it comes to mobile app development whatever you have paid, you ultimately get it back.

Keep yourself abreast with the latest updates of the mobile app industry by subscribing to ‘MobileAppDaily.’

PREVIOUS How Dapps Are Different From Regular Mobile Apps?

NEXT Top Common Mistakes To Avoid Before And After App Launch