A mobile app must have above 60 app reviews for average rating on Android/iOS app stores. 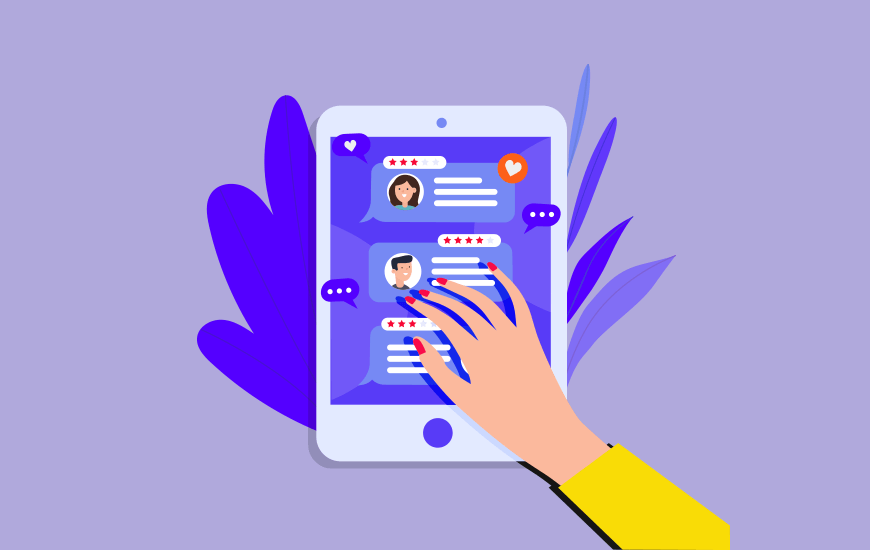 Online reviews play a crucial role when it comes to digital products and services nowadays, and the same is the case with Web-based and mobile applications. As an app user, you are more likely to stumble on apps with hundreds and thousands of downloads and reviews in the app stores like Google Play Store and Apple App Store. There are so many ways to get improve ratings on app stores.

It may come as a surprise for a majority of app users but every four out of five mobile applications have fewer reviews that also means that the developers of applications with such app reviews have not successfully maintained the credibility of their mobile/web app. These app owners and developers are the ones that tend to make a profit with the help of paid app reviews and online ratings.

There are various mobile as well as web apps that are developed by SMEs (Small and Medium-scale Enterprises) or Startups whose direct competition is the giant tech organizations and leading companies. And due to this, many newbie app owners and their apps tend to go noticed by a large portion of the targeted user base.

Below are the main three reasons why app developers should focus on online app reviews:

Mobile app users are one of the best ways to get authentic feedback on your online business and mobile applications. Here, the reviews provided by your customers also give a strong idea about what the app is about and how it is performing in the real-time world. This customer feedback can be used to get a better idea regarding the needs of the customers and their preferences.

In addition to this, mobile application developers can further analyze and monitor app reviews where they can get overall insights related to the business. With the help of this information, you hold the power to make changes to your app that as per the users' reviews and online ratings.

The application users are known to make decisions on the basis of the online reviews and ratings of the app on the app stores. For instance, two of the main app stores are the Apple App Store and Google Play Store where you can find millions of mobile apps available in both free and paid formats.

It is a known fact that customers usually make their decision on the basis of what they read online and this includes mobile app reviews and feedback from people who have already used the application. According to a survey conducted by BrightLocal, it was observed that more than 95 percent of people read app reviews and about 80 percent of the total population said they trusted the app ratings.

Another main reason why online app reviews matter so much when it comes to mobile app businesses and their overall revenue is the impact on conversion rates. This is because the mobile app reviews contribute with the SEO i.e. Search Engine Optimization strategies as well as the conversation rates of the app itself.

If we look at the reports, we will notice how a majority of online businesses pay more attention to third-party platforms and social websites such as Facebook, Twitter, Google, Yellow Pages, etc. But due to this, the app owners and developers do not pay much attention to their own site which is one of the initial places that users will look for genuine app reviews. The app developers can also opt for the option of requesting reviews to increase their conversion rate by engaging with existing users.

How Many App Reviews You Need?

Now that we have discussed the key reasons why app reviews matter, it's time we get to know how many of these reviews and online ratings do an app actually require. There is no fixed answer to this question, but if we look at some of the recent statistics relating to app downloads and feedback then we can say that: 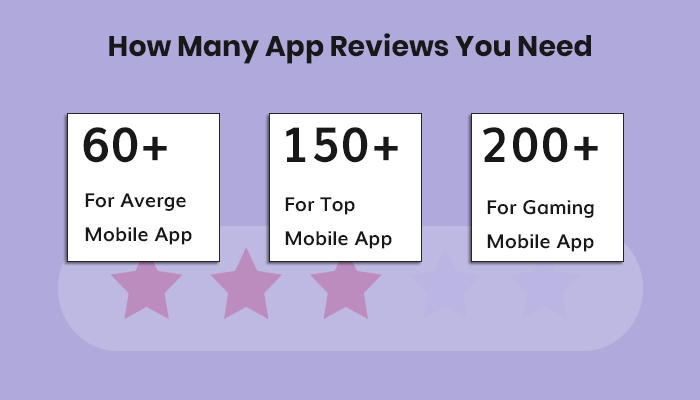 How App Revenue Is Affected By Reviews?

Customer feedback in the form of app reviews and online ratings affects the overall business review in a direct and significant manner. As per the statistics, more than 80 percent of app users read multiple reviews before downloading a mobile or Web application. So that is equally proportional to the fact that 'the more reviews your app has the more sales it is likely to make'.

But not all reviews are great for your online business, there are both positive and negative app reviews. On average, approximately 15 percent of the top Android developers make $5k on a monthly basis with their free application and on the other hand the iOS developers this number reaches 25 percent.

The next question that comes into the picture is 'Are all app reviews effective in nature'? This can be referred to as a trick question as there is both good and bad customer feedback out there and apart from this, there are various types of app reviews that cannot be fixed by the mobile app developers or even by the mobile app owners themselves. This is what generates a greater need for app reviews!

The best you can do as an application developer is to take negative feedback and bad app reviews as a form of criticism and improve your mobile app according to them. And with the help of positive reviews, you can know which feature or app functionality is being loved the most by your app users.

Note: If your app in the mobile app store has only positive reviews then it may look fake to some application users especially if those app reviews are not descriptive at all. And for app revenue statistics this may be a big concern

1. Sponsorship: Sponsorship is one of the newest entrants in the world of making revenue from mobile apps. This method basically includes partnering with advertisers for your applications, which further offer app users with some sort of rewards for completing certain in-app actions. For example, a gaming mobile app may need users to unlock some additional levels to get special rewards.

2. In-App Advertising: The trend of in-app advertising is one of the most popular revenue-generating trends for mobile app and is also widely used by both Android developers and iOS developers. As a frequently used method, app developers can entirely eliminate the cost factor by allowing free app downloads.

3. Freemium: The free app revenue model for Android and iOS apps can be referred to as a similar method i.e. in-app advertising. Although the app is free for downloading there can be some extra features that may require credit for unlocking. This is where the premium app version comes into action with additional functionalities.

4. In-App Purchase: As the name suggests, this app revenue business model is a great app monetization technique that includes selling virtual or digital elements. This strategy also involves a wide range of digital products and services in the app for app users. For example, end-users can purchase extra lives in a gaming application by making a purchase in their mobile app.

In one of our previous articles, ‘Mobile Gaming App Revenue: Present Market Share And Factors Impacting It’ we have elaborated on the current market situation and how the different factors are impacting it.

In the end, it can be concluded that as an iOS or Android mobile app developer, your job also includes removing feedback and ratings that are not genuine from your apps. But at the same time, developers should also maintain a balance of positive and negative app reviews on mobile apps while avoiding any kind of paid app review.

The Web and mobile app reviews must be organic so that they can add more value to your app and contribute to increasing the overall revenue from apps. Also, if you are interested in reading more such informative articles then make sure you follow MobileAppDaily by clicking on the 'Subscribe' button. This way you will never miss another trending update from the mobile app industry.

Developing a mobile application is not only about adding great functionality but also includes features that promise its success. The good news is that key performance indicators are available to take your mobile app to the next level. When it is about the application, downloads matter for sure! How

Latest Mobile App Usage Statistics For You To Look Into

How To Use Push Notifications In Driving Retention Effectively?

What's the best way to make sure that your target audience or a specific set of app users stay connected to your mobile app on their smartphone? Two words - Push Notifications!Push Notifications are not the one and only option to connect with the best mobile applications. However, they are a