Currently, Deliveroo is valued at $2 billion 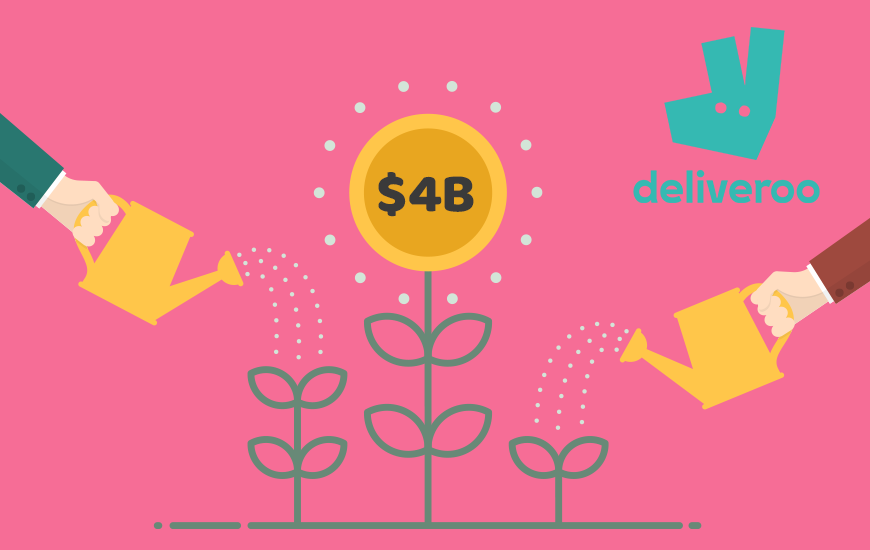 Deliveroo, a food delivery app is reportedly in talks to raise more funds that are expected to help the company to be valued at $4 billion. The hundreds of millions of pounds funding are anticipated to come in from the existing and new investors.

According to speculation by the Sky News, by adding up to its valuation, the company might be aiming to strike a takeover deal from rival technology firm Uber.

However, the company is in the very initial stages of raising funds, and it might take several months to see something materializing. Deliveroo might be looking up to raise $500 million of funds to reach the valuation of $4 billion

Currently, the company sits at a valuation of $2 billion and a couple of months back; there were reports of Uber’s interest in acquiring the British online food delivery company. But there was nothing substantial that came out of the initial spark.

Deliveroo handles a sizeable amount of food delivery section in the UK. While serving restaurant chains like Byron, Pizza Express, Rossopomodoro, and Wagamama, the company has deployed around 15,000 delivery riders in the UK to take care of its business. The other top rivals of Deliveroo include Just Eat and the FTSE-100 company.

A year ago, Deliveroo was able to raise $385 million in funding. The Series F round of funding was led by U.S. fund managers T. Rowe Price,  and Fidelity. At that time, the company planned to invest in three aspects of its business; first was the expansion of its “Editions” programme, the second was to grow the size of its technology team, and the last one was the expansion in the new towns.

There is also a report of the initial public offering, but that won’t be possible in the coming months. So, if the company is looking at that perspective, it still needs some more time to finalize on that.

Interestingly, after the series F funding, Deliveroo doubled its revenue last year, but at the same time, the company was hit with the loss of around £185 million. Though losses are common in such startups, still it doesn’t add any value to the investors' interest in chipping up investment.