React.JS and Vue.JS are the best 'JavaScript Framework' for the developers 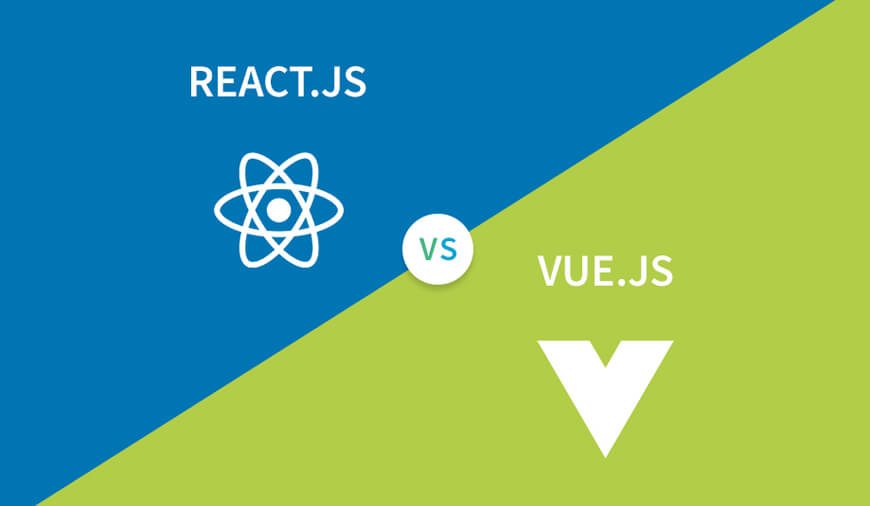 Which is the best JavaScript Framework between React.JS and Vue.JS?

This is the question that a majority of people if not all have been asking for the past few years. And we can understand the reason behind this repetitive question as it is not an easy task to pick one from two of the best JavaScript Frameworks.

That’s why we have done an enormous amount of research on ReactJS, Vue.js and JavaScripts Framework. So that, we can deliver you some of the most valuable insights regarding this comparison between these two popular javascript frameworks.

ReactJS can also be referred to as React or React.js, which is a JavaScript library for building and designing User Interfaces. Over the years, React JS has become one of the most widely known javascript frameworks around the globe.

But why is React so Popular…

There are many reasons behind the popularity of React Native and some of them are stated below:

Now coming to Vue.js also known as Vue can be defined as an open-source JavaScript framework that is used to build User Interfaces. The thing that makes it stand out is the fact that it can also function as a web application framework that is capable of powering Advanced Single Page apps.

Although, Vue.js is also a popular javascript framework that has emerged in the last year or two. But this front-end framework is capable of optimizing as well as simplifying web development.

Vue initially was released in the year 2014 by a former Google Developer, Evan You who focused on excluding the cons of Angular Framework by building something lightweight.

Similarities Between React.js and Vue.js

Before we begin with the Advantages and Disadvantages of React and Vue.js, there are also a few similarities that the users should know of:

There are several reasons why one should opt for the ReactJS and some of the most important ones are mentioned in the following:

When To Deploy React.js 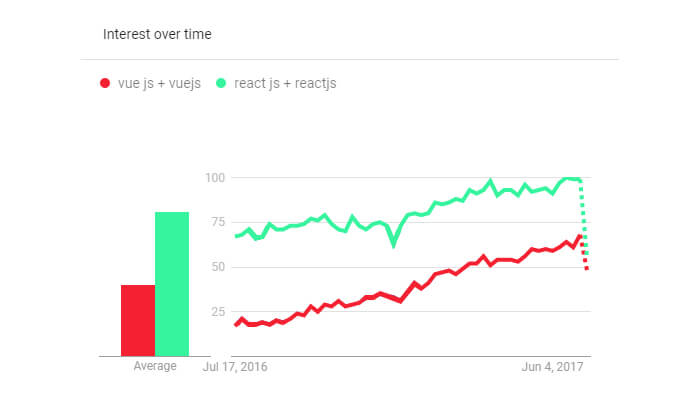 Coming back to Vue JavaScript!

Vue.js is a performing front-end framework that is versatile, as well as, approachable at the same time. This javascript allows the developer to build a highly testable and maintainable codebase.

As Vue is progressive and the user can directly plug in his/her already existing server-side app with Vue. With this, the user will experience a much more interactive environment.

The below-mentioned points are the few reasons that tell you why to use Vue JavaScript Framework instead of React:

When To Deploy Vue.js

Brands That Have Deployed These Javascript Frameworks

Here are the top brand names which have used Vue.js and React.js for development purposes. 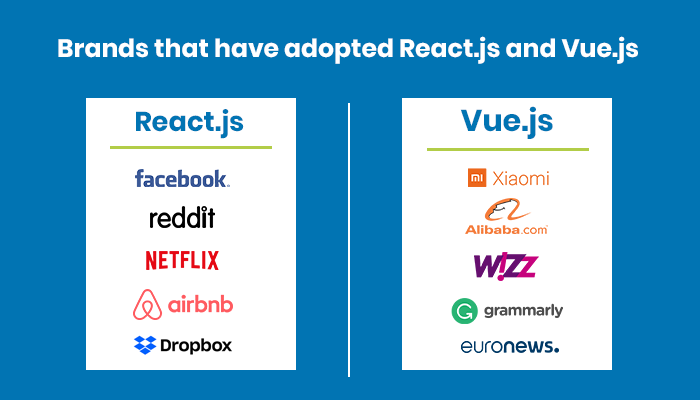 Although, it wouldn’t be fair to pick anyone from the two highly competent JavaScript Frameworks: Vue.js and React.js.But still, we would pick ReactJS  React.js and the reason behind choosing React.js as the best JavaScript Framework of 2018 is mainly the fact that we know exactly what React is capable of. But when it comes to Vue.js, the developers are still testing and trying out the extent of its capabilities.

As per our option, in the case of building large-scale mobile applications with JavaScript - ReactJS is the better choice. But if your requirement is to add further portions into an already existing app, then you should definitely go for the Vue.JS. 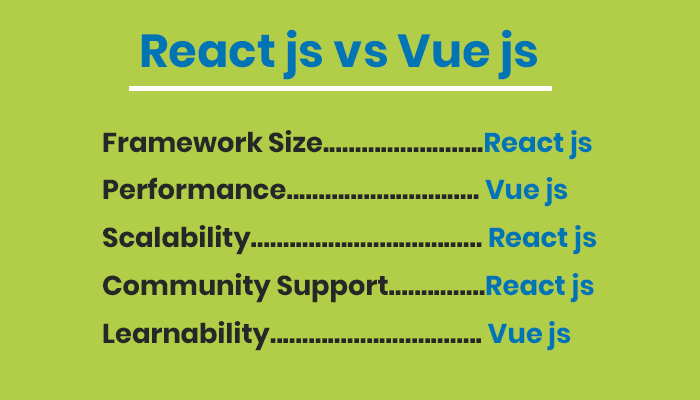 It’s true that VueJS is showing a really promising future in the field of mobile, as well as, web application development, but it might take a few years for Vue native to conquer the major and significant market share that is covered by React.js.

PREVIOUS How You Can Send A Text Message From Your Computer

How to Delete a Snapchat Account Permanently on Android?

Since its inception in 2011, Snapchat has gained quite an amazing reputation among users globally. As per a report by Statista, by the first quarter of 2021, Snapchat had 280 million daily active users. Now, with such a huge count of users, it is obvious to have accounts that are not used anymore.

Are You Building An On-Demand Delivery App in 2021? Here Is The Guide

In the last one decade, the on-demand economy is booming like anything, and now on-demand delivery apps like Uber for X, Airbnb, and Postmates are the next best thing in the industry. The online shopping is pushing the significance of such apps to unprecedented heights. Also, due to the increased de

If we have to put it in simple words, there’s a huge difference between “Data lake” and “ Data warehouse”. Data lake refers to the concept of storing the data in its raw form. Also, the data is unstructured, so Data lake is capable of storing large amounts of data in le