Childchains could be the future of blockchain network for scalability. 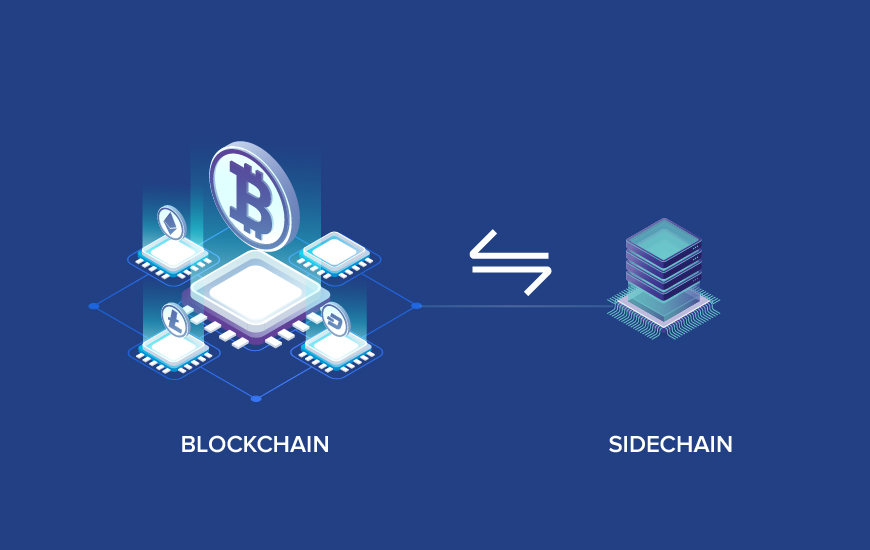 Blockchain doesn't need any introduction now, and most of us know how much potential this technology holds. The sudden invasion of this technology in the industry has garnered the attention of many industry leaders. From Mark Zuckerberg to Jack Maa every great mind has mentioned that the blockchain could revolutionize the world with its great benefits. However, like everything the decentralized system has some limitations and flaws. The major issue with the blockchain is scalability, for instance, Ethereum can process only 15 transactions per second. The limited capability of carrying out the processes restrains the blockchain from going mainstream. But, there is another emerging technology that could boost up the blockchain, and that are Sidechains. In the coming years, the technology could widespread across the industry to enhance the existing blockchain network.

Maybe you have already gone by this term, or you are hearing it for the first time, but don't worry by the end of this article you will know everything about sidechains.

What Are The Sidechains? 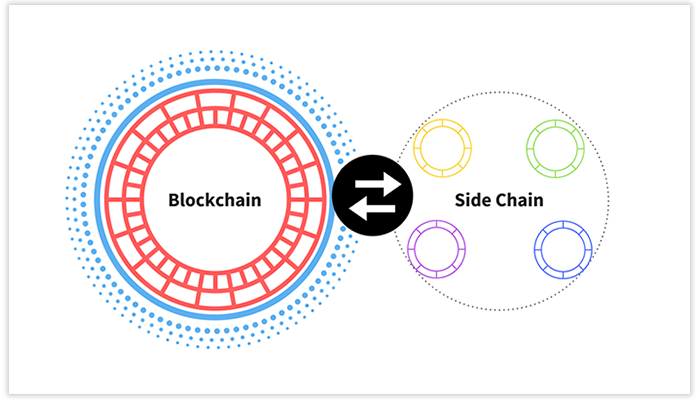 Blockchain network is the most secure and reliable one that we have right now and it could possibly change the world in the coming days. But, the existing Blockchain system has some flaws that could be optimized for improved performance. The blockchain technology requires a new architecture design that could deal with the scalability. Sidechains are the enhanced mechanism that enables the process to transfer different digital assets separately from one blockchain to another, and that can also be transferred back to the original blockchain when required.

If the above-mentioned definition of sidechain is a bit technical then here is the layman description that could help you in understanding it. First, you need to know that the existing blockchain pr parent blockchain is referred to as the ‘main chain.’ Now consider a highway busy with ongoing cars on it and there are a series of adjacent roads also. The highway is the main chain on which the transactions or processes are going in the form of a car, and adjacent roads are sidechains (where cars could go faster). Besides, the roads could be joined to the highway anytime. So, the transactions (or cars) going on adjacent roads with high speed could scale the entire blockchain system for increased number transaction per unit of time.

The sidechain was discussed for the first time in the written paper, named Enabling The Blockchain innovations with Pegged Sidechains. Ardor, the blockchain platform mentions its sidechains as childchains.

Now, the important point is that there could be multiple sidechains in the system not only for transactions but different functions also. One could be for computations, and another sidechain could be for speeding, depending upon the factors of improved processing. With this way, the overall load and work on blockchain network could be distributed among sidechains.

How Exactly Side Chains Works?

In order to understand the sidechain mechanics first, you need to clear your head with all the past things. It is good if you have Blockchain understanding but forgets about ledger, decentralization and all the things for a minute. Now, all you need to know is that sidechain works in a simple basic way - 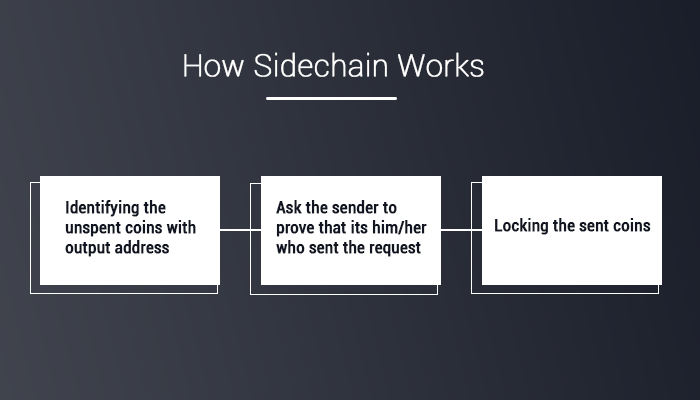 Consider there is another blockchain available that comes with faster block confirmation interval, richer scripting language or quick mining process. So, don't you want to use that system for the transaction? Of course yes, but it may be based on Ethereum or any other digital asset, and you don't want to go through the risk and hard work of buying new currency. But, what if I tell you that your Bitcoins could be used on that different blockchain. Yes, Sidechain makes its possible.

The Sidechain is the separate blockchain that is attached to the main blockchain via two-way peg. For those who aren't familiar with a two-way peg, it is a method to convert one digital currency to another ( like BTC to SBTC) or vice versa. With the two-way peg connectivity, the interchangeability of digital assets is enabled at a predetermined rate between the sidechain and the main chain. 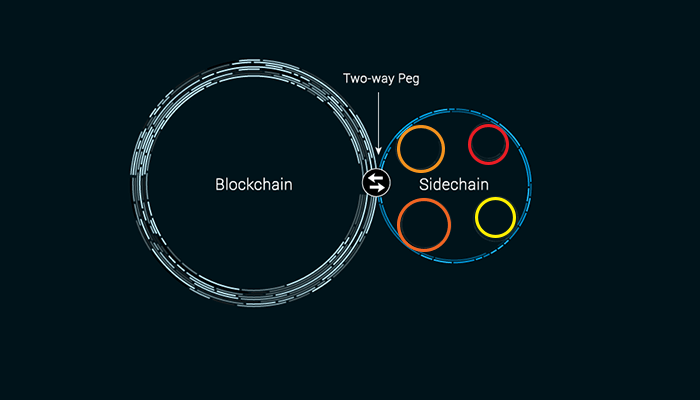 To initiate the process a user send the coins via the main chain with a valid output address where the system blocks or immobilize the unspent coins, so the user can't use them. Now when the transaction is completed a confirmation message has been sent along the chains which is followed by a waiting period. Once the waiting period is over the exact amount of coins released on the sidechain, where the user has given full access to them and allowed to spend. The entire process can be reversed when the user goes from sidechain to the blockchain.

So, now you known about the Sidechain, are you sure? Maybe there are some clouds of confusion in your head. Don't worry I will clear them too, below are the steps how we use the sidechain.

The Technology Relies On

In order to ensure the secured and precise interchangeability, the sidechain network has federations. These federations are basically the servers that are placed between the blockchain and sidechains. The federations are responsible for deciding when to locked the coins and when to release them on either of the networks.

What about the security?

The core reason for moving towards the blockchain is the decentralized system that ensures the maximum security to the users. So, what about the sidechain, are these as secure as the original blockchain network? Yes, these chains are as reliable as the main chain. Besides the cherry on the top is that for security, the sidechain is on their own, they don't rely on the parent chain. This means any disturbance or problem in the main chain won't affect the sidechain, beside the sidechain will keep it issues within its network and won't let pass any of them to the main chain. Along with this, the sidechain requires different mining so that you will see the separate miners here. The miners here earn the incentives via merge mining. The merge mining is the process where two different cryptocurrencies with the same algorithm mined together at the same time. 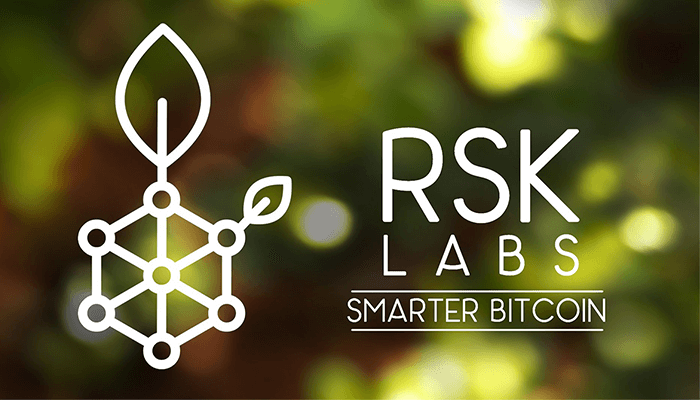 RSK is the open source sidechain project that uses the new system for enhanced transactions. The platform is a two-way peg with the Bitcoins, and the bitcoin miners are rewarded for the merged mining. Rootstock with the help of sidechain network provides scalability, smart contract capabilities, and faster transactions. Currently, the platform is capable of making 100 transactions per second by maintaining the security and decentralized approach.

Plasma is another improvised framework for the sidechain that is implemented with smart contracts. Besides, the platform is capable of scaling up to billion of state updates in no time which makes it suitable to implement the blockchain in decentralized financial applications.

The sidechains or childchains are another blockchains attached to the main chain and executing the primary functions. The addition of the sidechain not only brings the scalability but also a number of transactions at a lower transaction cost. So, it is clear that the Sidechain concept is here to improve the existing blockchain technology further. There is no doubt that in the coming time this addition will take the technology to a larger scale of applications in the industry.

NEXT Bitcoins for $1? All Thanks To Walmart

To answer the question “What is Dogecoin?” In short, it’s a peer-to-peer cryptocurrency just like Bitcoin. This fun online currency has seen a lot of development since its origin. And, Dogecoin has a quite interesting origin story. The cryptocurrency came into existence because of