NFTs can be anything digital that can be bought and sold like any other piece of property. Read the blog to know more! 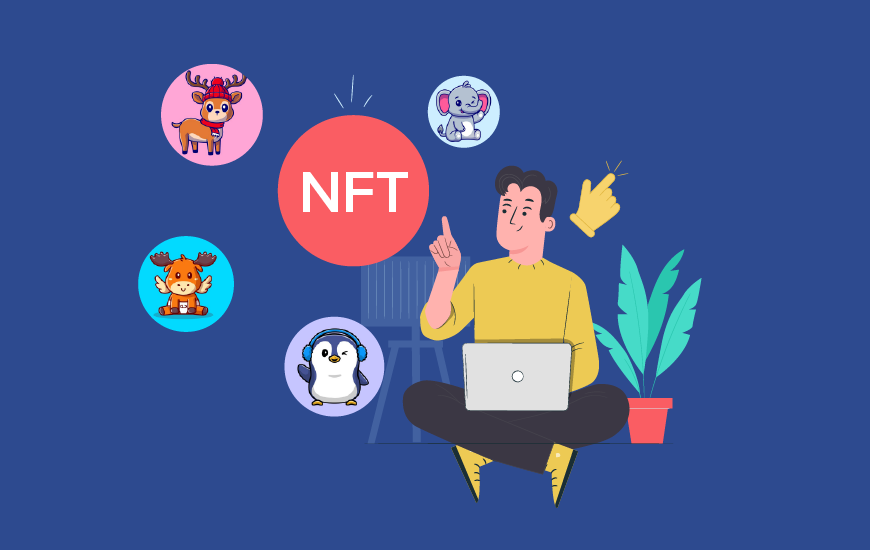 Non-fungible tokens or NFTs have been in the news for quite some time now. So, what are they, and why the world has gone NFT-crazy in the last few months? Non-fungible means that it’s unique and cannot be replaced with something else. For instance, if we talk about Bitcoin, it is fungible - you can trade one Bitcoin for another, and you’ll have the same thing. However, if something is non-fungible, it means it features some unique properties and cannot be interchanged with something else. It could be a house or painting such as the Mona Lisa, which is one of a kind. You can take a photo or printout of the same, but there will be only one original painting ever.

So, if you ever wondered what is an NFT, read this blog further.

NFTs can be anything digital (such as drawings, art, music) that can be bought and sold like any other piece of property but have no tangible form of their own. These digital tokens can be thought of as certificates of ownership for virtual or physical assets.

These are usually bought with the cryptocurrency Ether or in dollars and the blockchain keeps a record of transactions. While anyone can view the NFTs, the buyer has the status of being the official owner - a kind of digital bragging rights.

Now, let’s talk about a famous use case to understand how to invest in NFTs!

The most popular use case for non-fungible tokens is that of CryptoKitties! Launched in November 2017, it is one of the world’s first blockchain games. It is a digital representation of cats with unique identifications on Ethereum’s blockchain. Each kitty has a price in ether. These cats reproduce among themselves and produce new offspring, which have different values and attributes as compared to their parents.

Within a few weeks of being launched, CryptoKitties attracted a fan base that spent $20 million worth of ether purchasing, nurturing, and feeding them. Each CryptoKitty is unique and 100% owned by you. It cannot be replicated, taken away, or destroyed.

So that’s it? Virtual cats?

Not quite. A lot has happened since then, especially in the last few months. On February 15, 2021, digital artist Beeple sold an NFT at Christie’s for an unprecedented $69.3 million. Called Everydays - The First 5000, this NFT was a JPEG comprising 5000 individual images created every day from 2007 to 2021. It was purchased by MetaKovan using over 42,000 Ether (Ethereum crypto-assets). 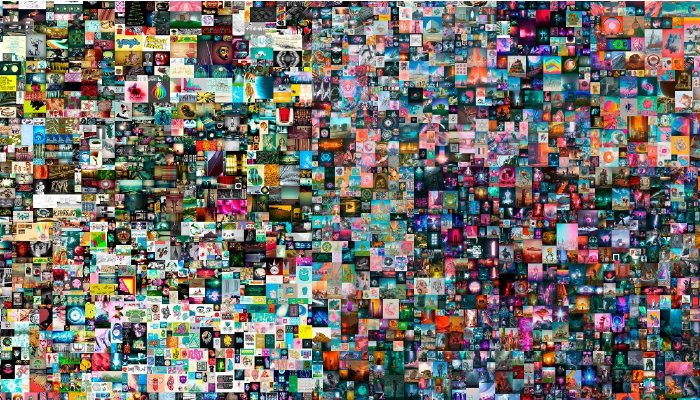 “By Friday night, the guy - it’s a guy in Singapore - he had the artwork and I had the money. $55 million in my bank account. Like, boom, done, the next day.”

Here are a few more examples of top non fungible tokens ever sold.

Sophia: Created by Hanson Robotics in Hong Kong, the humanoid named Sophia has the ability to mimic facial expressions, hold conversations, and recognize people. Recently, her digital artwork was sold for a whopping $688,888 in the form of an NFT. 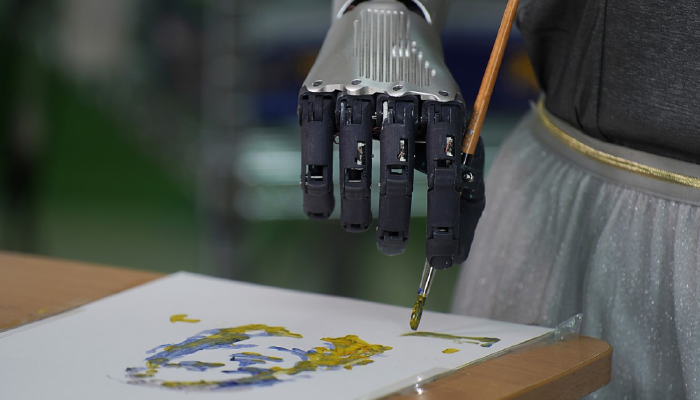 Sophia joined hands with an Italian artist named Andrea Bonacato who drew her portraits. With the help of neural networks, she processed his work and then went on to create artwork herself.

Cryptopunk: The CEO of design software company Figma, Dylan Field, is behind the sale of one of the most expensive NFTs in history - Cryptopunk #7804. The NFT sold for a cool 4,200 in 2018, at the time worth $7.5 million. Cryptopunks are randomly generated sets of 10,000 unique digital characters. They were created by Matt Hall and John Watkinson from American game studio Larva Labs.

The First Tweet: Jack Dorsey, CEO of Twitter, sold his first tweet as an NFT for an eye-popping $2.9 million. The tweet, which says, “just setting up my twttr,” was first posted by Dorsey on March 21, 2006. The bidding war was won by Bridge Oracle CEO Sina Estavi. Dorsey had said that all proceeds from his NFT sale would be converted to bitcoin and donated to GiveDirectly, a charity giving cash to people living in poverty.

Last but not least! Where and how to buy NFTs?

There are several marketplaces that have popped up around NFTs, which allow people to sell and buy non-fungible tokens. These include OpenSea, Rarible, and Grimes’ choice, Nifty Gateway, and many more.

So, to conclude, NFTs are shaping the art industry in a way that we never imagined! NFTs not only give a platform to artists to sell their work but also come with a feature that pays a percentage to artists every time the NFT is sold or changes hands.

Talking about buyers, they get an opportunity to provide financial support to creative artists all over the globe.  Buying an NFT also usually gives some basic usage rights to buyers, like being able to post the image online or set it as a profile picture. Plus, of course, there are bragging rights, with a blockchain entry to back it up. All-in-all, NFTs may soon rule the crypto world due to their unique features and endless advantages for artists.