The blockchain music platforms are ready to takeover the traditional form of downloading music! 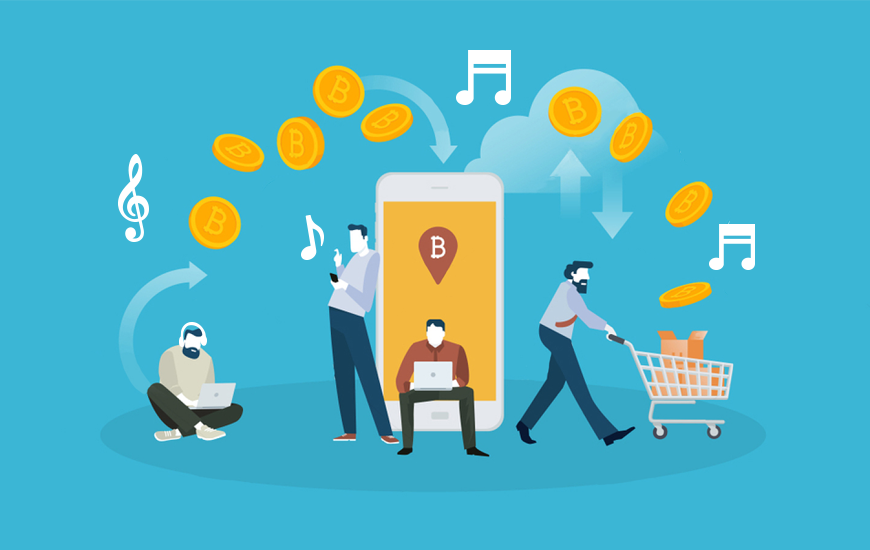 Music downloads have seen a big change over the last ten years, giving rise to a select few digital music apps and platforms that dominate the entire market. This could, however, be set to change as blockchain technology and cryptocurrencies are sneaking into the music download market.

Blockchain technology has already become a key development process for contracts, transactions, and the wider financial sector, so it makes sense that it should also be a key part of how the music industry develops over the next decade. Specifically, how the artist creates and monetizes and the listener buys and consumes music. Removing intermediary payment processes and its ability to attach, record and trace file creation dates are of real interest to artists creating, copyrighting and selling their work online.

It’s fair to say that Spotify, Amazon Music, Apple and Google’s Play Music, and YouTube Music are the best-known places for downloading and playing music online. Although apps like Soundcloud, Deezer, and Pandora (US only) are also being pushed into the sphere. In addition, there are plenty of other free apps breaking into the music space as well. Most of these music apps come with a fixed pricing system. But can blockchain and cryptocurrency transactions change the way we download music with their blockchain music platforms?

Today, leading music platforms are willing to break the digital download stereotype and evolve into a blockchain music industry. For example, Ethereum has launched VOISE, a decentralized music platform that offers a smarter ‘contract ecosystem’ and a chance for artists to set and accept a fair price for their work, as well as offering free samples. 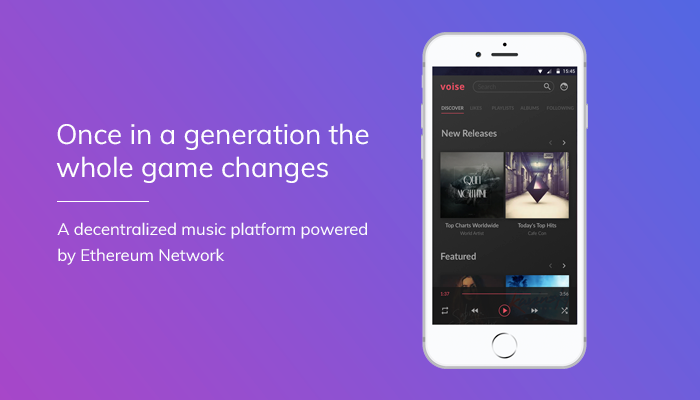 Then there is Bittunes, which has been around since 2015. Bittunes is a monetized distribution platform that works as a merit-based marketplace for digital music, allowing both artists and previous buyers to receive earnings from each progressive sale.

This is a huge shift from traditional digital downloading platforms to platforms supporting bitcoin music because it uses embedded blockchain IDs that pay both forward and backward too; monetizing the artists' efforts as well as selecting early purchasers too.

Potential Of Cryptocurrencies In The Music Industry

The artists themselves are now seeing the potential of utilizing cryptocurrencies. For example, singer and producer Childish Gambino have been an advocate of cryptocurrency for a long time, predicting it would be an alternative to gold. Buying music using cryptocurrencies isn’t entirely new, although it’s surprising, given the benefits of the technology, that more artists aren’t using it.

Although some celebrities and artists have been accepting cryptocurrency as payment for a while now, Spice Girl Mel B started accepting Bitcoin music back in 2013, and 50 Cent did likewise in 2014.

Rap icon Akon has become well known for his charitable outreach projects. One of them is the Akon Crypto City, a plan to build a new city in Senegal using his own cryptocurrency called Akoin. Even if the likes of Mariah Carey accept the cryptocurrency Monero for merchandise, then it’s safe to assume that using the blockchain technology for money transfers and payments has taken that big step into mainstream blockchain music platforms.

What’s Next For Bitcoin Music?

Mobile apps and music platforms still have a stronghold on digital music downloading, but as transactional technology develops and blockchain trends are becoming more widely accepted, new digital download sites are arriving that offer more value to both artists and consumers.

So buying music with Bitcoin, Ethereum or Ripple might soon be a much more common practice.

PREVIOUS Android Q: Dark Mode Along With Other New Features