Best Music Apps For All The Music Lovers [2020]

Rock on with your favorite tracks on the go with these amazing music streaming apps. 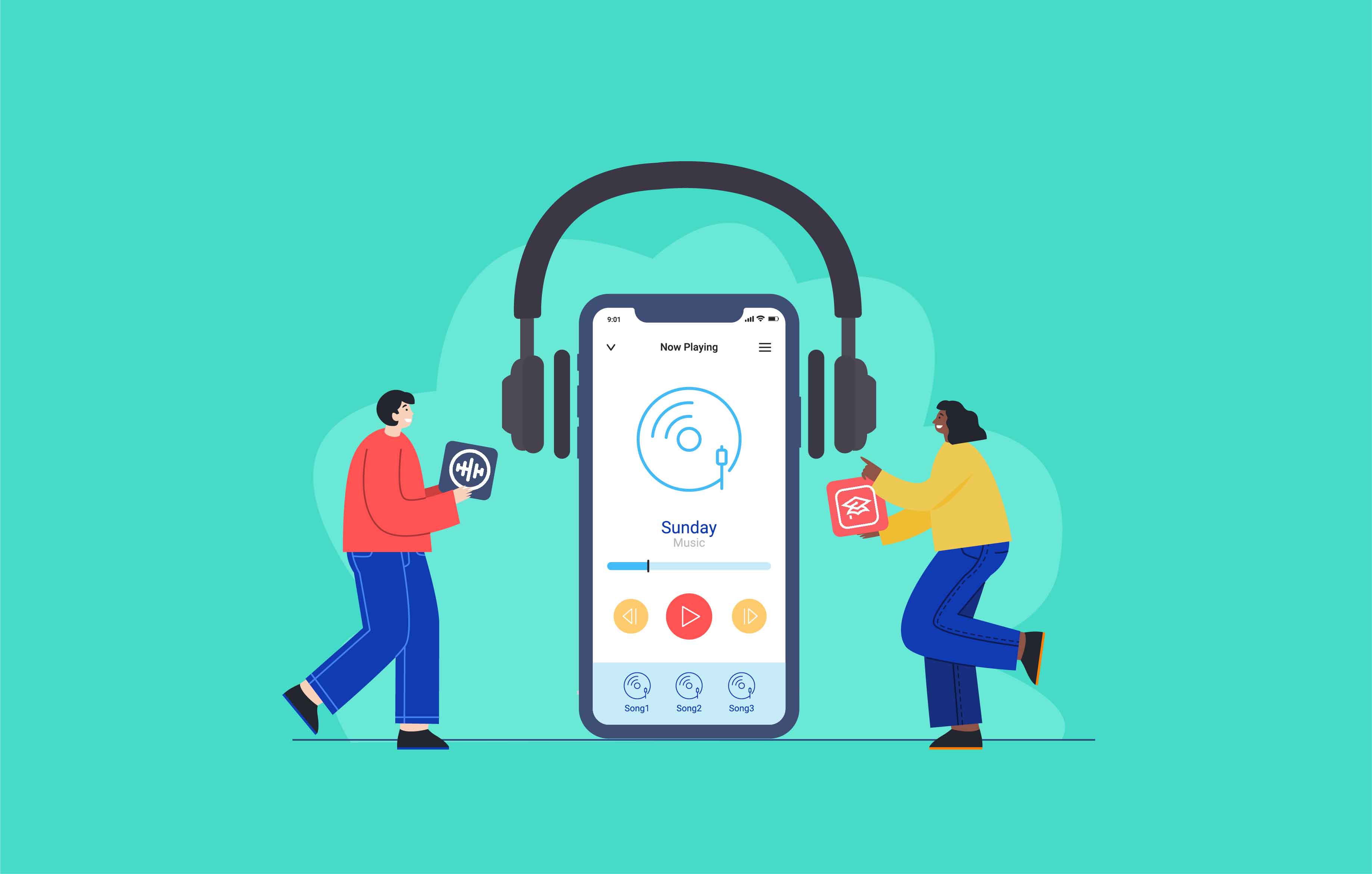 “Without music, life would be a mistake” ― Friedrich Nietzsche.

Music apps have been a great hit around the globe. It has the power to change the situation from stressed to a relaxed mode. Be it singing under the shower or sobbing over a breakup, music provides an exceptional relief to the soul.

There are so many ways to listen to music at home. But if you are on the go, you definitely need digital assistance to fulfill your music needs. For that, you can download the best music streaming apps available over the web. The apps are extremely good at offering on-demand music streaming services and also ensure that you seamlessly get all the tracks without hassle.

Due to the digital shift, the revenue earned through digital music stood at $2.8 billion in 2017 and the US remained the most profitable market for digital music.

The following statistics back the dominance of digital music:

Free music apps have been a great hit around the globe. When you download these apps, you'll find a few apps that don’t occupy much space on the device and even cut down the need to look after the copyright issues. Also, the music apps are not only limited to offering regular tracks; many of the apps also support global radio stations.

Now, let’s start with our hunt for the best free music streaming app.

Here’s a list of the best music apps we have curated after performing extensive research on hundreds of free streaming music apps. These apps to hear music will rock your world with a never-ending escapade of all-time favorites and new hits.

Pandora is the best music app for the iPhone, which is highly proficient in streaming impeccable music. As per Statista, there were 75.9 million active Pandora users in the US in 2018. Also, it's one of the best free music radio apps.

The user only needs to put the desired artist name and Pandora will start recommending the relevant playlist. Users can also give a rating as per song quality and streaming speed. If needed, one can also save to the favorites and bookmark the song to listen to them later. This free music app gives you the option to save your favorite radio stations as well.

Along with this, the user can access many mp3 files from a wide range of different devices like mobile, tablet and desktop. To get started with it, you need to create a free account or else get a subscription to Pandora Plus for just $4.99 for an ad-free experience. 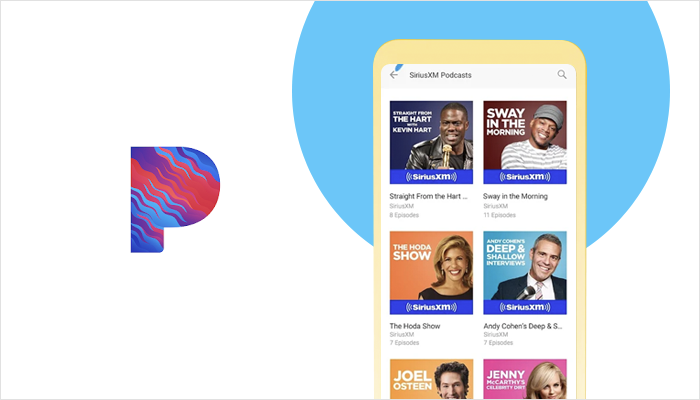 According to a survey, Spotify is the most widely used online music service app among people. Spotify is a top-ranking app for music download that works for a wide range of devices from smartphones to tablets.

This free music streaming app allows users to listen to unlimited tracks on the go while offering millions of soundtracks and music numbers across the world. Spotify has features that let the user follow the artists by syncing their favorite music.

The best part of Spotify is, it allows the user to create a radio station that will play the music as per the initial choice recommendations. 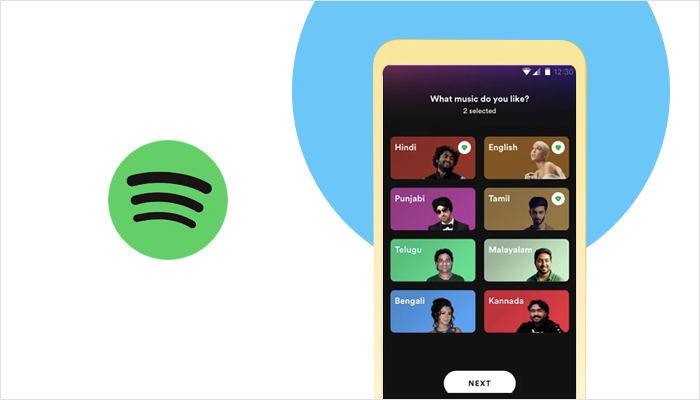 Shazam is one of the coolest free music apps for iPhones and Android, which has the capability to display the name of the artist and song. It also gives an option to the users to share the discovered song while watching a music video of the same on YouTube.

Each song that is being played by Shazam gets saved as a tag. Moreover, users can get the lyrics for favorite songs to enjoy the tracks in better ways. For these reasons, the app has become one of the best and a music app for all. 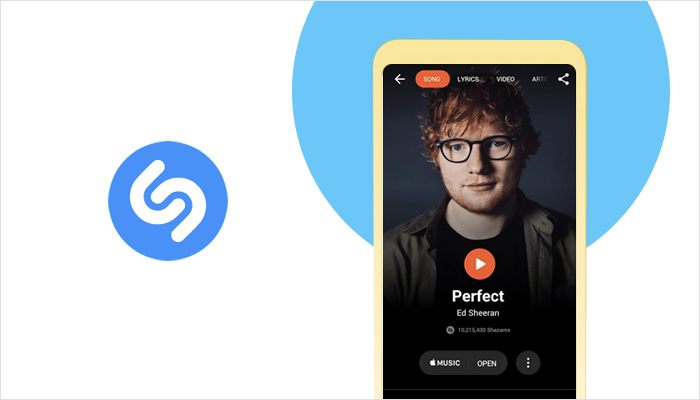 SoundCloud is comprised of numerous audio uploaded by different users. Primarily, it includes homemade audios, as well as music from the upcoming artists. The playlist can be easily set on iPhones and users can stream their favorite music in a customized way.

This trending free music player for iOS and Android allows users to access fast music streaming and downloading options that they can choose from hundreds and thousands of independent musicians and professional artists/singers. 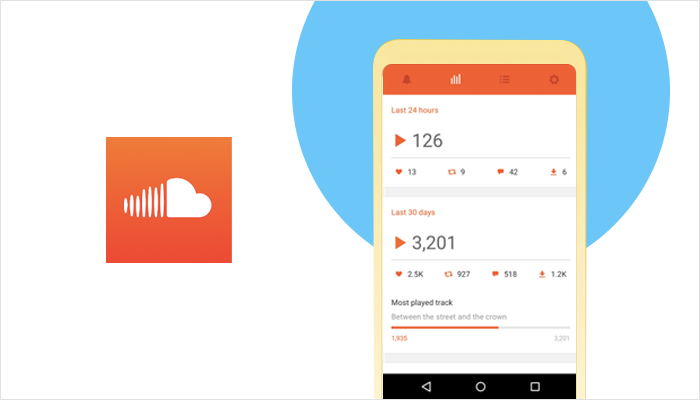 Amazon Music app is capable of providing the option to upload more than 250 songs. This app has a feature where the songs can be downloaded offline over the mobile device. It is efficient in functions like organizing the music in the playlists, adding music to the playlist, local songs, etc. In addition, users can also give the command to Alexa to play favorite tracks from the Amazon Music app. 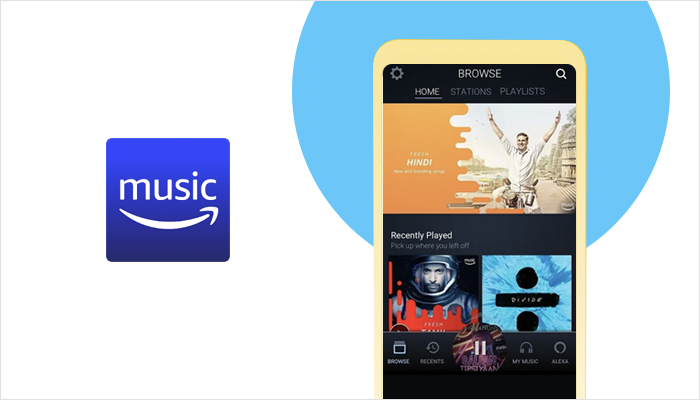 Google Play Music app allows the user to access various music stations that are specially curated by music experts. These music stations can be further categorized as per the users' mood, activities, music genres, etc.

Along with this, users also get the option to upload their songs and create a personalized music collection folder with a limit of 50,000 music tracks. Once the custom song collection is created, the user can even access it later for free from any platform including iOS, Windows and Android. 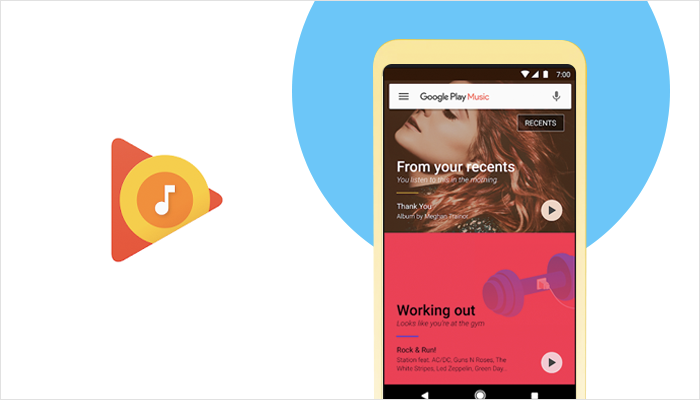 The next app that we included in our list of best music apps is Wynk Music. It’s the leading free music streaming app offering users unlimited and uninterrupted music services on the go. As per recent statistics, this best free music app for Android and iOS has more than 12 million Android users admiring its world-class music streaming services.

With the Wynk app, users can tune in with internet radio for direct music streaming. Further, this cool music app has a flexible range of music qualities like HD(320/256 kbps), High(128 kbps), Medium(64 kbps) and Regular(32 kbps). 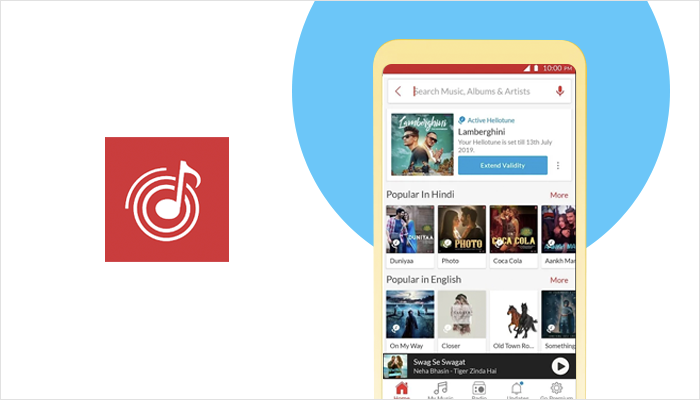 iHeart Radio is preferred for its versatile features and non-commercial platform. The free song app facilitates podcasts through which users can create their music stations. Also, it showcases lyrics, artist biography, and an option to share the stations with a group, as the music is played over the app. 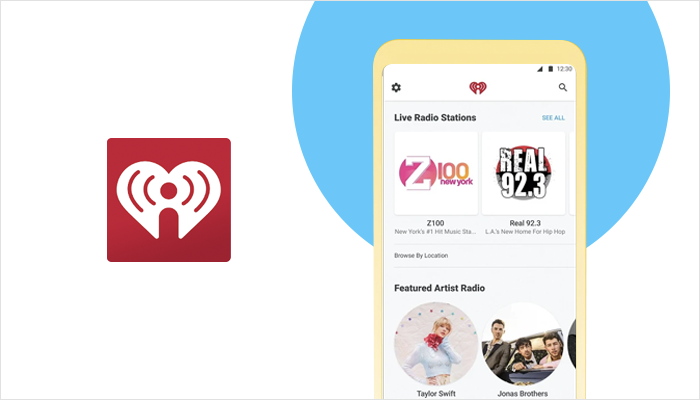 This music app is loved by more than 80 million music buffs from all around the world and is also rated 5-star by more than 300K users. The free song app doesn’t support downloads and works best for those who usually struggle with device storage space and other downloading issues. With this app, the user can stream millions of songs anytime and anywhere. 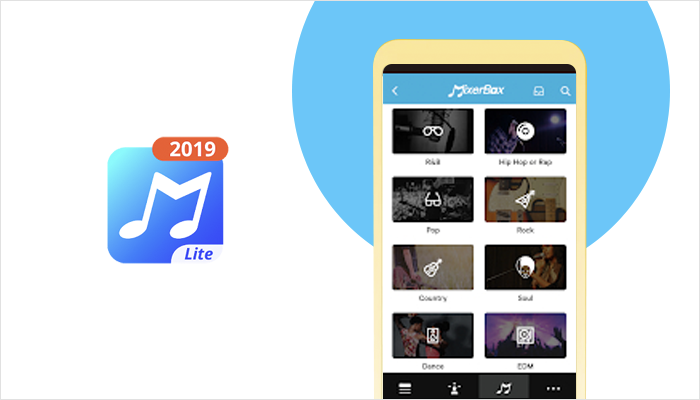 This official music player from Xiaomi is by far one of the best music listening apps that we have come across. This exceptional app allows the users to stream free music and also let them save the tracks so that they can listen to them later.

Mi Music offers an incorporated radio that can stream music 24 hours every day. By browsing the FM, the user can access more than a dozen different stations with music for all different types of tastes. 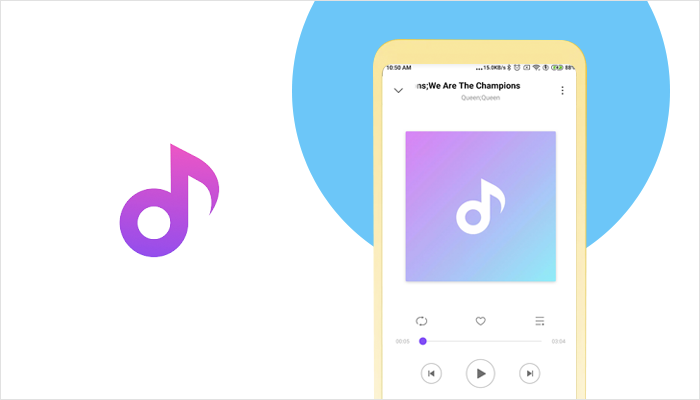 There are numerous apps that have the capability to captivate the hearts of the users but choosing from the bunch of thousands of apps still seems daunting. With our listed best free music streaming, you'll be able to find the one that matches with your music needs.

However, free music streaming services come with a price of constant pop-ups annoying ads, and if the app is not downloaded from a credible source like App Store or Play Store, the chances are that you need to install APK to download the app outside the app store.

PREVIOUS 10 Best Wearable Apps To Download For Your SmartWatch

NEXT How to Realize Effective Email Marketing for Mobile Apps 2020

The music streaming app is truly the mate that offers you options to listen to a song in every situation. The app lets you create your own playlist by categorizing songs in different folders and name them as per your preference. There are ready-made playlists that could suit your mood the best way a