Developers swear by these top icon packs when it comes to Android devices. 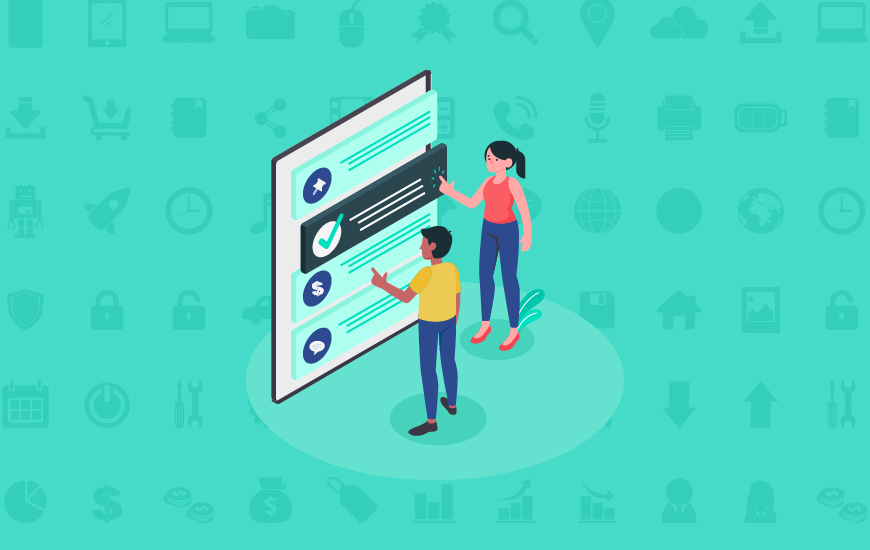 The current mobile age has given us so many things that we can’t even take the count of and when it comes to mobile apps, the offerings get specific and optimal at the same time. Talking particularly about Android, we have a suite of apps that do things for us that we can’t even imagine.
Icon packs for Android are one such specification that we are going to talk about in this application. For users, icon packs are the most celebrated way of customization. There are a number of third-party icon packs that offer customization services to the users.

The number of good icon packs for the users is available in stock. And all of them are exceptional owing to the features they offer to them. Because of this, we decided not to pick the icon packs individually but jot down some of the developers of icon packs.

And while I was researching on the same I got a number of such apps to list here in this article. Let’s begin with some of the most prominent offerings:

Packed with fairly decent icon packs, Indigo Madina is another exceptional offering for the users who love customization. There are thousands of offerings to choose from each having some specific elements included for the users. When talking about some of the best offerings, we have names like Tabloid, Jono, and Furatto.

These are the packs of square and rectangular icons. Another offering, Spheroid, isn't unique at all, but it can be separated from other offerings owing to its rock-solid flat-style icon packed with round icons. The app can be downloaded at an initial cost of $1.99.

You can download this best android icon pack, Indigo Madina on the Google Play Store

Kovedev is one of the most popular developers packs for Android. These are the best icons packs a user can find around. Options for users include Nox, Audax, Illus, Omne, Merus, Tersus, and Lumos, which feature extremely clean and colorful images. All these packs include some of the great designs for the users.

In addition to all these offerings, our recommendation is Dekk for darker themes and Domo that have a unique two-tone style to it. There are over a dozen packs to choose from and Android users can easily get any one of them at an affordable cost of $1.99.

Benas Dzimidas includes a variety of icon packs for the users, offering them a lot of features in just one pack. The package includes some of the most popular offerings for Android users that include Rondo, Voxel, Lai, Elta, and Lux.

In addition to all these offerings, there are a number of other sources to choose from. Benas Dzimidas includes packs that have clear images and colorful designs. The graphics are flats and there are various icon sizes as well.

Speaking of Lux, it works outstandingly with dark themes, while Rondo can be used to replace stock Material Design style icons. All of these offerings are exceptional and won’t charge more than $2.99.

Another pack that includes thousands of icon packs with some of the decent offerings is Vertumus. The icon packs focus more on style and seem to have a liking for darker icons that look great for dark themes.

While having a rundown on the applications, we really liked Neon Glow, Omoro, HD Dark, Durgon, and Umbra for darker themes a lot. These offerings concentrate much on flat and modern designs. Most of the icon packs are available for $0.99 along with some modern style packs.

Some of the newer icons are packed together to form Randle. The icon packs it offers include Zwart, Whicons, and Golden Icons. Among these icons packs, Zwart is the cleanest of all. Whicons offer similar icons but with a white background. The offerings are great to use for minimal themes.

Speaking of the Golden icon, it provides similar offerings but with a golden touch to the themes. The gold of share is something many users have lamented upon, but others seem fine with the offering. The app is free but includes in-app purchases at a cost that varies from $2.00 to $10.00.

JustNewDesigns offers more than half a dozen icon packs to choose from. Most of these icon pack offerings are square, squircle, or circle icons with bright colors, flat designs, and consistent theming.

Right from the list of huge offerings in the form of icon packs, the most prominent ones include Simplicon, Minimalist, and Minimal O having the above-mentioned design and the theme as well.

In case, you are a fan of the longer rectangular design, we recommend Recticons. And for lovers of the circular design, there is Bolt to get a similar offering for their Android device.

Nate Wren Design offers a range of exceptional icon packs. And the designs it offers are worth trying for anyone who wishes to see new icon designs on the smartphone screen. The icon packs inside this offering feature a series of designs, from minimalist to transparent.

The flight is a good pack for minimalists just like Lines. Murdered Out is there if you like dark themes. Grid is there for Tron-inspired themes. The icon packs include a number of out-of-the-box offerings for the users. Users can browse through the application of some of the really cool designs on their Android smartphones.

This is all about the best icon packs for Android that are worth trying to get exciting backgrounds on the phone. Some of the above-mentioned offerings are available for free while others charge a small amount for the download.

The list of such icon packs includes a number of other offerings too, but we have jotted down some of the best ones here. Try some of these to alter the front screen of your smartphone. These pack icons are everything that a user would like to get to make their Android screen look more dynamic.

Go ahead, pick some of these offerings and let us know how they feel in the comment section below. Also, we recommend to first go through some detailed app reviews instead of directly installing the mobile applications.

NEXT Are You Building An On-Demand Delivery App? Here Is The Guide

If you don’t find a way to make money as you sleep, you’ll work until the day you die. This is Warren Buffet’s sentiment when it comes to investing, a practice he’s preached to the tune of a billion-dollar fortune. But while Warren had the aspirational objective to pursue inv

If you're a smartphone user or perhaps an Apple Watch owner, you must know how these devices gather vital data about your health throughout the day as you wear or handle them.One of the best features that come around with an Android or iOS phone is that you can pair them with any wearable de

Best Automotive Apps for Your Smartphone

Your smartphone is a treasure trove when it comes to apps. The world is full of wonderful apps, which are making our lives funnier and more convenient. You can find the weather before you step outside or pick your meals with the help of apps. You can even make your driving more enjoyable with smartp

With both private companies and governments having an abominable record for protecting user data, it’s no wonder that people are crying out for watertight privacy protection on their smartphones. So, whether you want to ensure that your device is kept secure, or just want to keep your personal

Organize your Files with File Manager Apps for Android [2020]

Management of numerous files requires proper planning and effective mechanism. Today, smartphones come with a pre-installed file manager which perform many tasks such as copy, paste, delete, hide and rename to name a few. However, there are a couple of advanced jobs like change extension, security a