Bringing You The List Of Top Multiplayer Games For Android 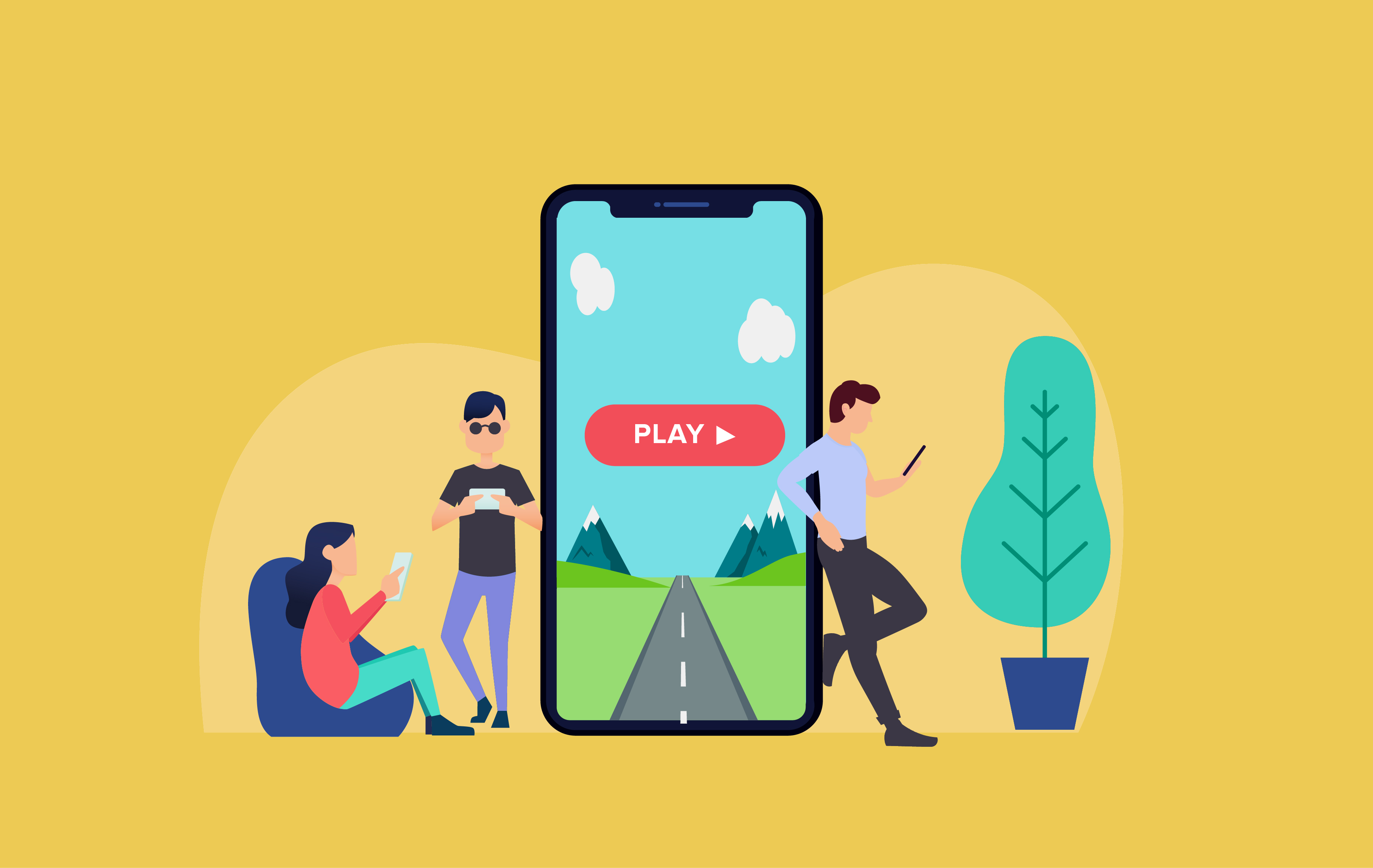 Claiming Android the best platform for playing games won’t go wrong owing to a variety of reasons. First, it offers the games under a variety of genre and second the functionality of these games are truly amazing. And, the best thing, there is a game for everyone. When you are playing local multiplayer games you can play it without the internet. All you need is a local wifi connection to keep on scoring the points. Sounds interesting!!

With the increased interest of users in the multiplayer games, the developers are creating such games that could entice more and more users. Unlike older times when you need to have an internet connection, now these games can easily be played offline (through wifi hotspots and other devices), which is another reason for the popularity of these games. There are a number of such applications that you will find when heading towards Google Play. All of these games are pretty good; however, some of them excel in the functionality when compared with others.

Carcassonne is one top-rated local multiplayer game that can be played as an application. The players need to perform a number of tasks including setting the road, adding churches, and even designing cities and the borders. People need to put down the meeples on the building to score the points by putting them to work. The person having most efficient workers wins the game. It is one of the traditional games that has reappeared as a multiplayer game on Android platform. 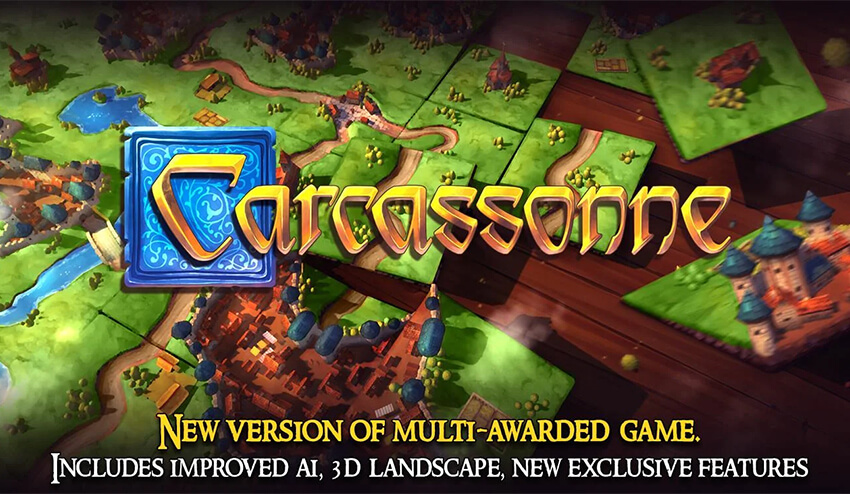 Dual basically is a two-player multiplayer game ideal to play in the same room. The idea behind the game is to save the ships both the players have in addition to control the same while shooting the things over each other’s screens. Dual has three game modes and all of them features has similar functionalities. Both the opponents need to shoot each other while saving their own ships and the screen. The game seems much similar to pong where users need to bounce the ball to their opponent’s screen in order to defend them.

Being one of the most popular multiplayer games IRL, Chess By AI Factory Limited has its own popularity across the masses. The game gets exciting as you keep on reaching to a new level. And, the best part Chess By AI Factory Limited functions on mobile as well. Attractive graphics, simple control, exceptional game themes, and an excellent single player mode make it one of the best games to be played under the Android category. The game works similarly as the moves in the chess. The free version of the game is available on the Google Play but it comes with embedded ads. 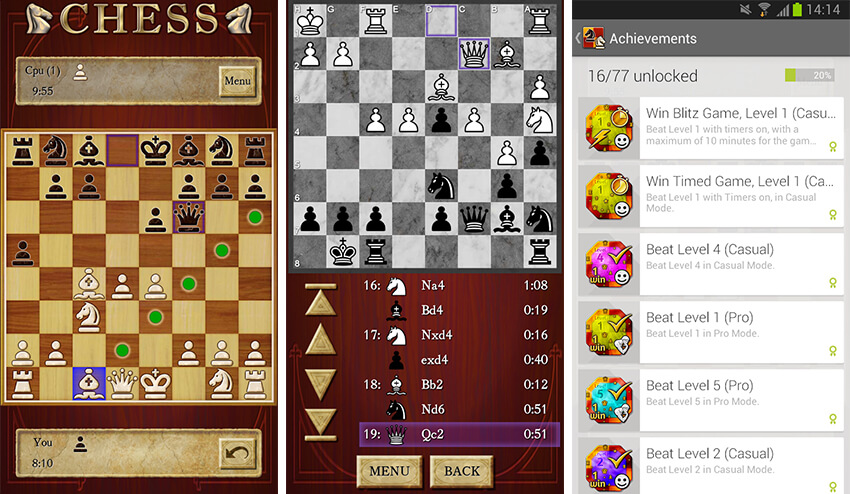 What makes Glow Hockey 2 different from other local multiplayer games is its basic air hockey feature. Like any other game in this category Glow Hockey 2 has well-designed graphics, exceptional mechanism, and good physics. The gameplay has been designed exceptionally well. To play the game, users need to move the cursor in order to hit the puck at opponents area to score a goal. The game has both single-player mode and a two-player mode as well. The multiplayer can take place on the similar device. The game is free with ad support; thus, can be downloaded free of cost.

NBA Jam has its popularity as one of the best sports game in the local multiplayer category. NBA Jam is basically a remake of the arcade game of the same name. The gameplay option includes playing two on two basketball. There are lighter set of rules to play the game and thus it gets easy to score the points. NBA Jam also offers single player campaign mode, online multiplayer, and local multiplayer as well. Players need to have their own device that can be connected to local wifi or Bluetooth to play the game. 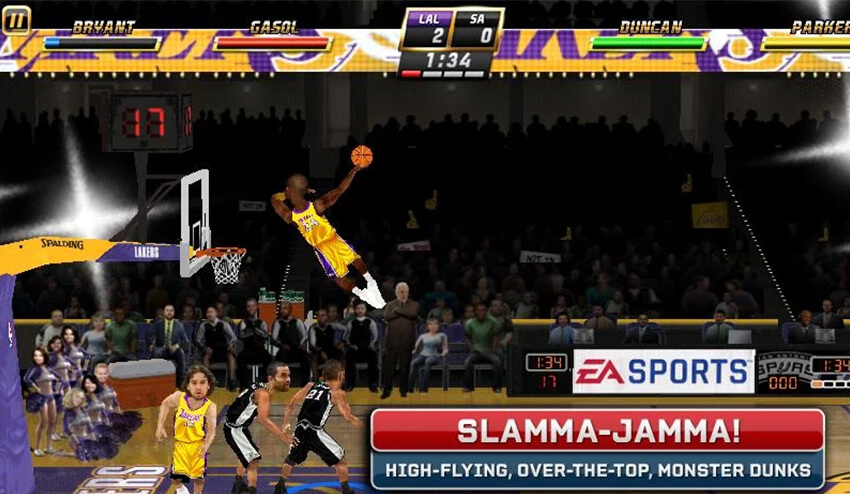 Spaceteam is the ultimate adventure game that you can play with your friends. As a multiplayer game, the players need to save their spaceships from exploding by using a number of techniques. Players have their own individual control panel to keep their ships away from exploding and to target other players’ spaceships. However, the players need to follow the instructions they are being given in order to keep their spaceship alive in the race for as long as possible.

Pool Break Pro 3D Billiards has gained the popularity as one best classic local multiplayer game. The pool game offers a set of exceptional features to the users that makes it different from similar gameplay. Right from single multiplayer mode to exceptional graphics and to online and offline multiplayer game option available for the users, Pool Break Pro 3D Billiards has everything that it requires to delight the users. There are invite codes for the players that they can send to their friends. 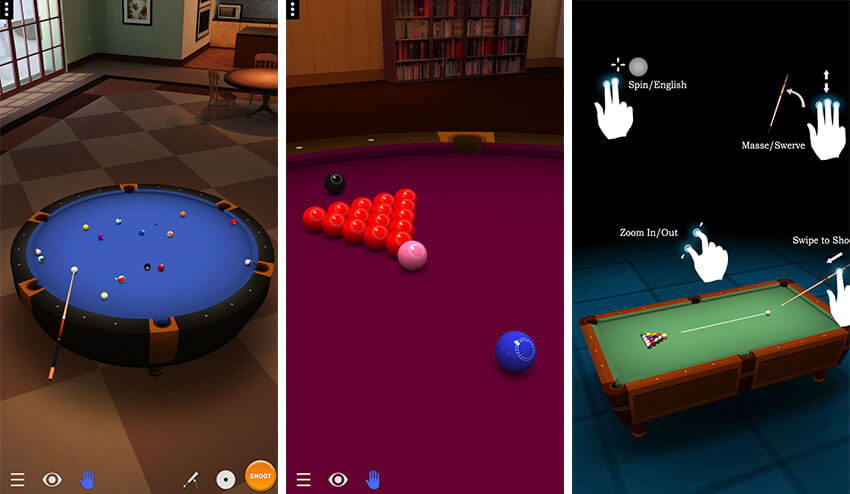 BADLAND is the classic platformer game for those who love playing adventurous games. It is one of the few games that has got local multiplayer support. The game can be played with four players on the same device. The fun graphics in the BADLAND are exciting for users and appeals them to keep moving in the game. The game has cloud saving and support for Android TV. All these features make this game one of the best in the local multiplayer game category.

As an action-physics based game, Skullduggery makes you an agent for collecting the IRS. As a player, you are a Semi-Organic Autonomous skull who collects the internal revenue. There is a single player mode that takes you through 24 different spooky levels and multiplayer mode takes you to a variety of brain-pounding arenas. 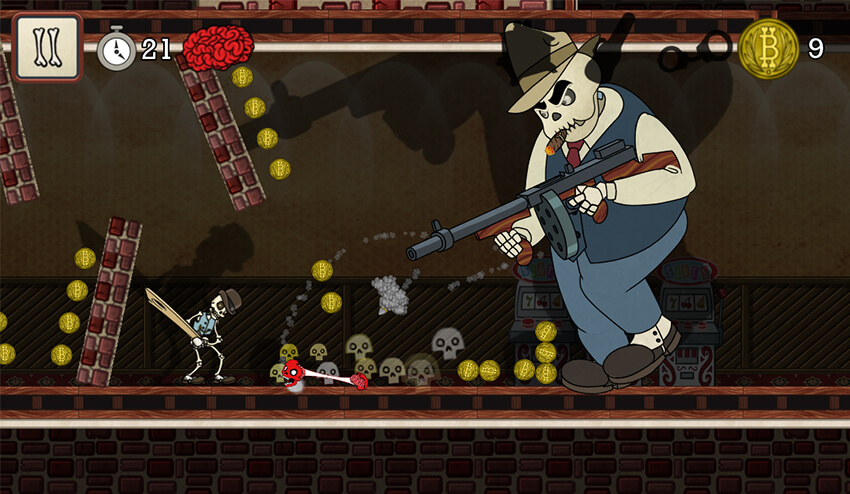 Bounden is a gameplay that is a unique multiplayer gameplay owing to its exceptional features. The game features a mix of Twister and ballet. It starts as soon as both the players put the thumbs on a device screen. The game makes the players move and dance by keeping the pace with each other. To move from a position to another, users make use of phone’s gyroscope to target a specific position. There are eight different dances in total that users can choose to play.

Minecraft is one exciting multiplayer game that takes the users to a whole new world and allows them to do different stuff. The game feature single player and multiplayer options in order to help players create their own server to invite their friends inside the gameplay. Players can also purchase a server from Microsoft. The game features cross-platform support with Windows and Xbox versions of the game. 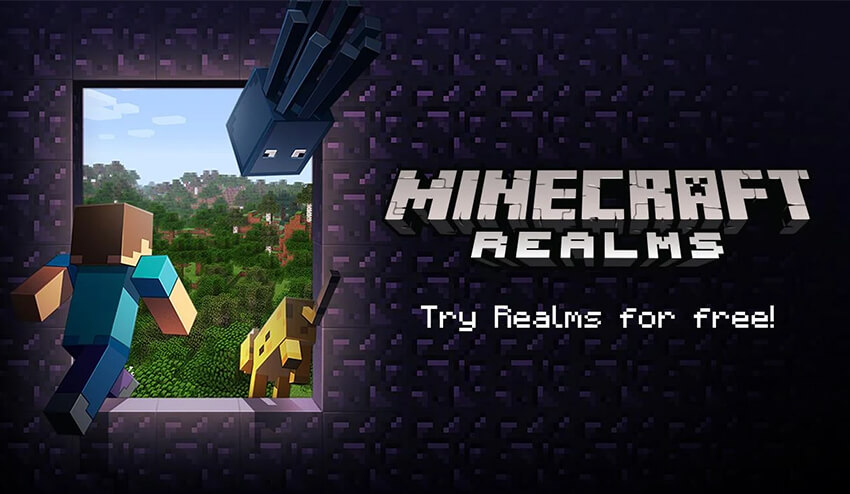 Doodle Army 2 comes under intense multiplayer combat game category. You can play the game with 6 players online or at least 12 players by using local wifi. The users need to shoot on their target to keep moving forward. There is offline training available for the users that help them sharpen their skills while moving forward towards the goal. The training helps users sharpen their survival skills while playing the game.

Having two types of multiplayer, Sea Battle 2 is basically the clone of game Battleship. There are a variety of game modes in the gameplay, which players can choose to play. Like any other game in the similar category, Sea Battle 2 also features single player and online multiplayer modes. There is in-game chat option along with a number of difficulties that players have to cross to reach to the next level of the game. 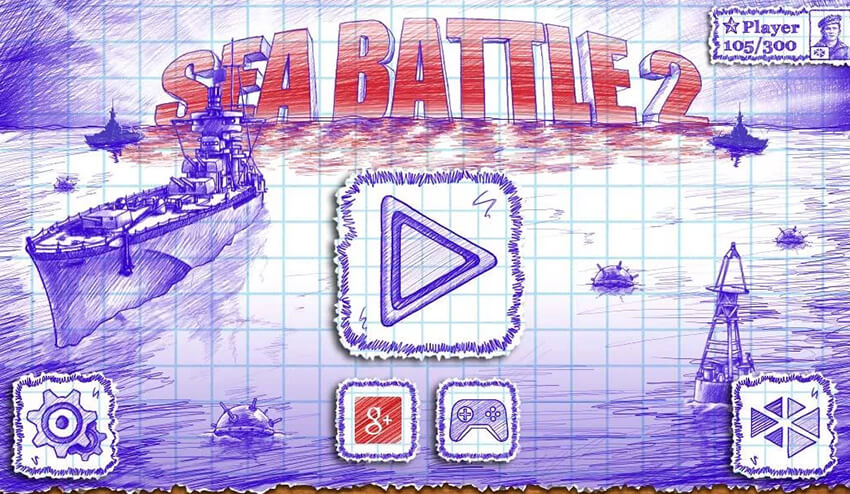 Asphalt 8: Airborne is direct from Gameloft. The game takes the phenomenal previous series racing feature to a new level with this exciting gameplay. The multiplayer game gives you the option of going up to the air, jump off the ramps and perform stunts mid-air sitting in your car. There is a whole new range of cars and tracks designed with sleek graphics and exceptional gameplay mode to keep users interacted in the gameplay.

Ticket to Ride is a strategic game wherein both the players set up the railroad lines. The player having the longest line and most points at the end wins the game. The game can be played with up to five players in pass-and-play. There is an option to play with a mix of real people and AI if you want. DLC expansion helps you to add new maps and other exciting option in the gameplay. 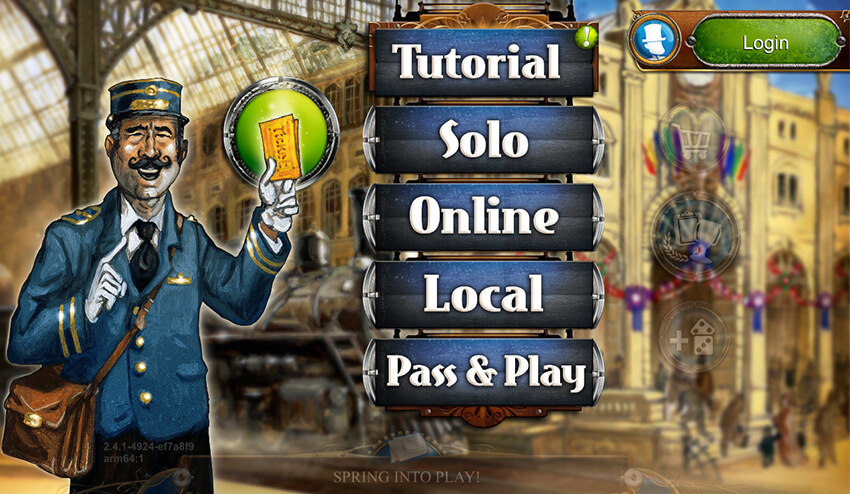 With these options, you can get more creative with multiplying games. The list contains some of the most exceptional games that are popular among the users across the globe. The games listed above will offer you amazing interface and the right way to polish your skill of playing the same. So, try one of these games and install the one that suits perfectly to your requirement.

What are the Best Mobile Apps for Seniors In 2021?

In a tech marketplace awash with apps that do anything and everything, what are older citizens to do? This is a demographic group that often has limited technical skills but might have the greatest need for the assistance of various kinds. Mobile apps to the rescue! The following a

Best Cycling Apps to Turn Phone into a Bike Computer [2021]

Whether you are cycling for sports, leisure or for simply commuting from one place to another, you definitely want to keep track of your progress.In order to track the progress, dedicated bike computers with GPS is considered as the best option, but is little bit expensive.In such scenario, smartpho

There are millions of mobile free apps for Android on the Google Play Store and we can't seem to pick on a particular one. It becomes a little confusing to find the best and the right one. No matter what type of top-notch Android app you are searching for, many similar apps can puzzle you when i