Stay entertained, networked and productive even in NO INTERNET zone. 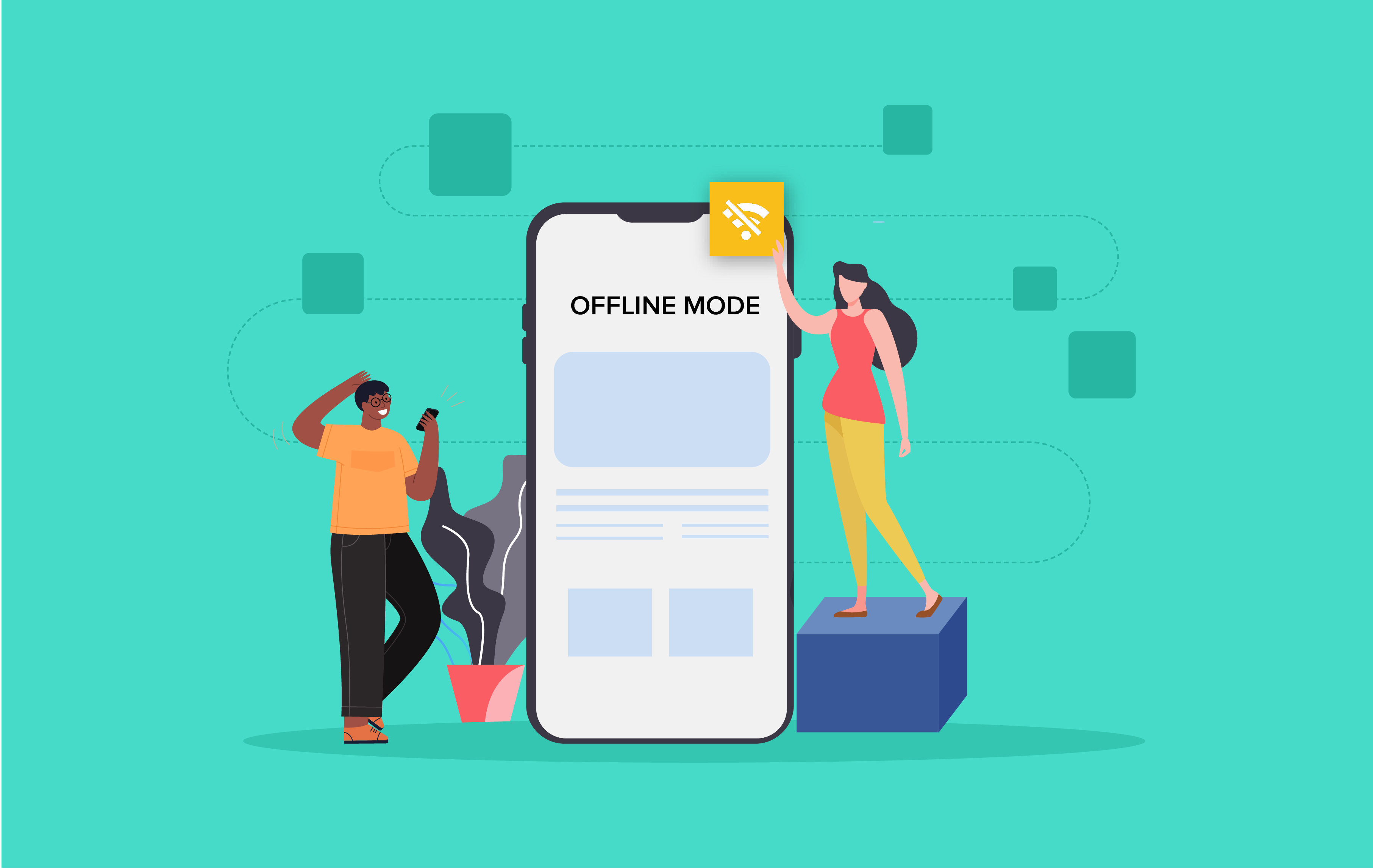 With a world so reliant on the internet, people tend to feel restless or incomplete in its absence. Thanks to the internet, much of our lives revolve around the online world.

In this digital age, the internet has gone beyond entertainment and now plays a vital role in our work, studies, and our personal lives. However, not every place has a good, stable internet connection, and not everyone has access to data. Thankfully, the technology of the constantly evolving app has paved the way for offline usage of apps.

Here are ten useful offline apps you should download for times when the WiFi just isn’t cooperating.

To make it more comprehensible for you, we have classified the best travel planning apps into various categories.

HERE We Go is a free navigation app. It is perfect for commuting since it maps out your journey by giving out details such as fares and traffic delays. If you’re driving, it informs you of places to park, and it also has voice guidance for every turn. It is perfect for traveling since it has maps of over a hundred countries and transit information from over a thousand cities.

You can even download these maps (without a time limit on the downloaded maps) so you can use them offline, in case you get lost and there’s no connection or data available. 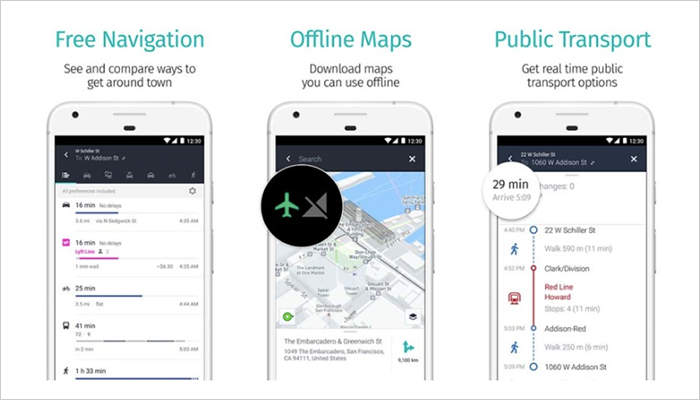 The Google Translate app is a travel essential, especially in non-English speaking countries. This useful app can translate over a hundred languages by typing, and it even has a feature that allows you to point your camera on a certain text and have it translated in almost 40 languages.

When used offline, it can support almost 60 languages. Simply download the language you need while you still have an internet connection, and you’ll be able to use it anytime, even offline. 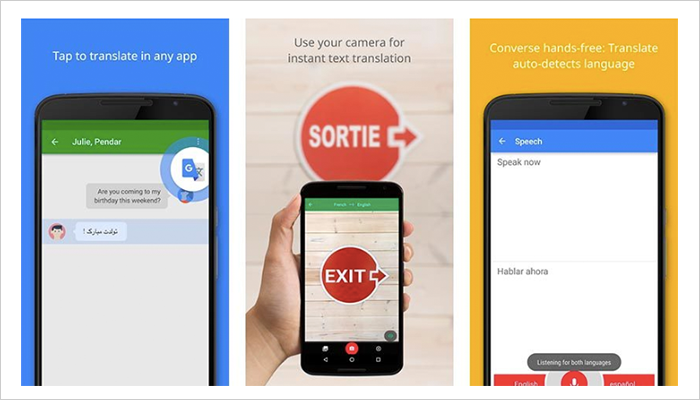 The Google Suite houses a plethora of productivity apps for note-taking, presentations, spreadsheets, and more. Some of its apps, such as Google Docs, Google Sheets, and Google Slides, are available to use offline.

With its offline feature, you are not only able to view the files made on these apps, but you can also create new files and edit existing ones.

TickTick is a to-do list app with a lot of cool features. It not only allows you to create lists, but it can also send you reminders of your due tasks and organize your tasks into projects and folders. It has task labels and can show the status of the task listed in each project.

The app even allows for push notification so you can easily be reminded about your upcoming tasks. It can sync with existing calendars and can export to email when you have an internet connection, but it works just fine offline. 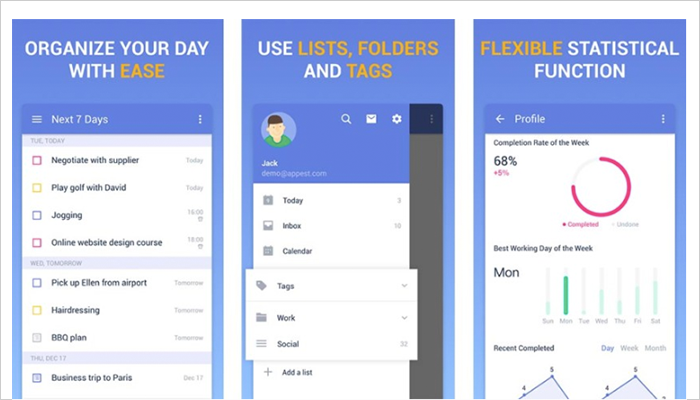 If you have trouble focusing and find yourself reaching for your phone for a “social media break,” then there are tons of productivity apps in the market but Forest is the best app for you. As Forest encourages productivity and helps you avoid procrastination.

When you want to start a task that you need to focus on, you can plant a seed on the app. The seed will grow into a tree but will die as soon as you exit the app. This discourages you from checking Twitter or scanning through Reddit, and instead, motivates you to focus on your task by letting your tree grow. It’s very simple and it doesn’t even need an internet connection to work, but it is effective in aiding you in your productivity.

Dropbox Paper is a fantastic productivity app that lets you create, edit, and share documents on the go. You can even make comments and reply to the doc and it will be visible to your teammates, as well. The best thing about this productivity app is its offline support. Unlike Google Drive, which is its direct competitor, you can work on this app, even without the internet connection. 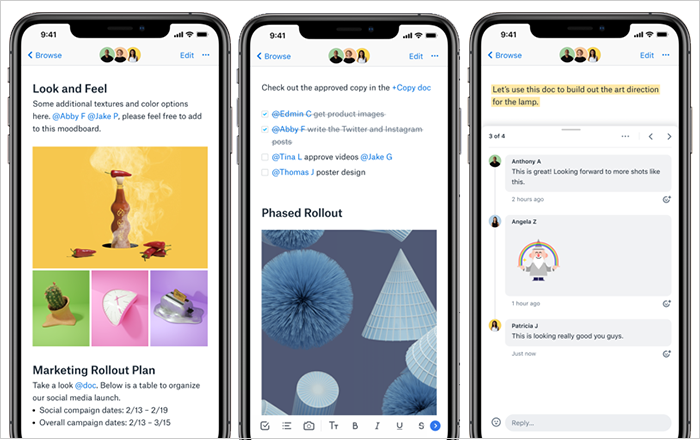 Pocket is a handy app that lets you save articles, web pages, news stories, videos, or anything found online so you can view them for later. This is perfect for when you see something interesting online, but are too busy to read it. The app automatically saves whatever you add to your phone.

So if ever you find yourself with nothing to do and no internet connection, you can go to Pocket and you’ll have a library of saved pages you can read. 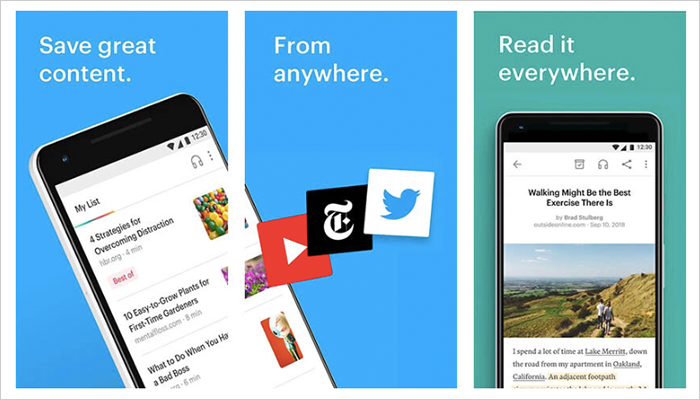 For avid readers on the go, the Kindle is the way to go. Kindle allows you to purchase books or download free ones from their vast library. And once you download them to your device, you will be able to access these books offline. The app’s display is customizable, so you can tweak it to get your optimum reading experience.

The app also has a built-in dictionary in case you stumble upon an unfamiliar word while reading. And when you’re done reading for the day, you can bookmark pages to revisit later.

If you find yourself spending a good portion of your time on Reddit, then this app is for you. Reddit Offline lets you save threads to your phone so you can view them later. It is also capable of downloading GIFs, photos, and other media. It is probably one of the most useful offline apps since all you need to do is download the threads while you’re connected to the internet, and then you can view them when you’re offline.

One of the most notable features of the Reddit offline app is that it hides the post that you have already seen so that you can focus on the ones that you haven't seen.

For Spotify’s premium users, songs are available offline. Just save your favorite tracks to your library and then download the whole library. You can download thousands of songs as long as your phone has the storage for it.

To lose your downloaded songs, you only need to connect to the internet once every 30 days. Spotify Premium is also ad-free so you can listen to music without interruption. Spotify is one of the best offline music apps. 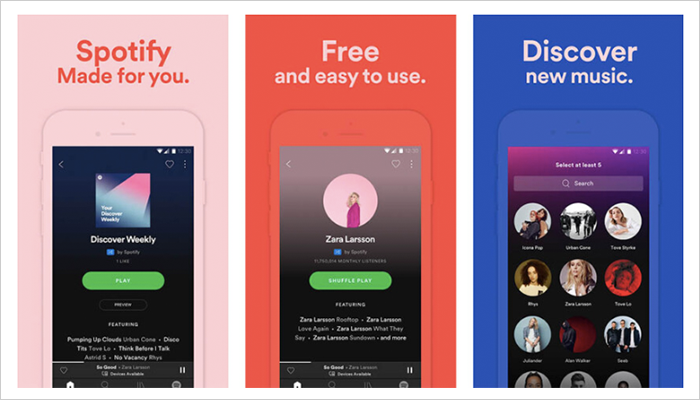 Notable features of the Spotify App:

Netflix is a paid subscription service that allows you to view a wide selection of series, movies, and documentaries. If you’re going to be on a trip with no guarantee of internet connection or entertainment, then you can download shows or movies on Netflix before your trip so you can watch them offline.

The amount of movies or shows you can download depends on your phone storage, but you have an option to pick a lower quality for your download to save space on your phone.

There are a plethora of online apps in the market that has made us accustomed to working on the Internet. We have covered all the offline apps for you. If we missed any great offline apps, tell us about them in the comments!

Inbox Report by the Fluent says that three in every five people check their email on the go (mobile), while 75% of people use their smartphones to check their emails. So it’s not a surprise that the app stores are brimming with Android email apps offering stock email client replacements and cu

Let’s recall the time when we would go out to our favorite restaurant for dinner. There, we had to call the waiter and ask him to note down the order you want on your table. It’s true that the moments offered unforgettable memories but have you ever thought about how much time it took to

Best Beer Apps to Brew Your Drink the Right Way [2021]

The relationship between humankind and beer is brewing for over a century now. Beer is available in as many varieties as people and places we have discovered. And, the “hydrating” experience this divine drink offers can't be compared to any other brewing experiences.

If you are bored of the default ringtones that are pre-installed on your Android smartphone and looking forward to having some new tunes, ringtone android apps are perfect for you. This is because as the name suggests, these apps offer ringtones with general sounds or with specific themes.Androi