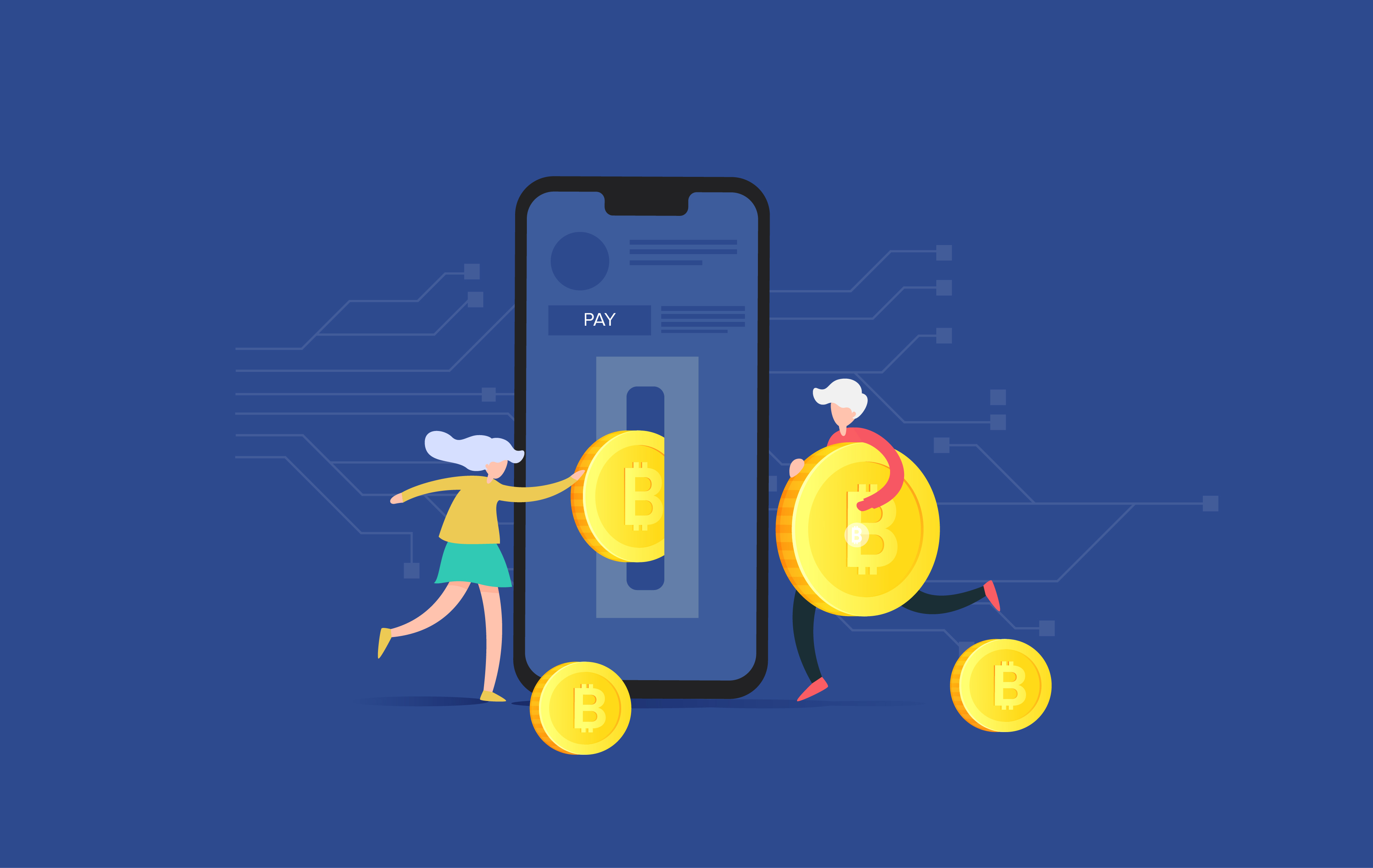 Back in 2009, when Satoshi Nakamoto launched the first cryptocurrency, not an iota of anticipation would have risen towards the currency being a radical innovation. Bitcoin has now grown up to become an indispensable asset for tech-savvies and online gamblers. The whole cryptocurrency industry has had a roller coaster ride since the advent of cryptocurrencies like Bitcoin, Bitcoin Cash, Ethereum and others. Also, the sudden surges have enriched all those techies with digital coins jingling in their wallets.

Bitcoin has witnessed many dramatic anomalies in the past decade, and its volatility cemented firmly each time the currency's market value dipped. But what followed every fall was a rise, and this sowed a seed of hope in every user.

Ten years into the birth of Bitcoin, the term might be familiar to many, but not its working and techniques. One Bitcoin values almost about $8000 now, which recorded its highest value in the year of 2017 ($19000). Raking in coins alone won't make you rich; it is also the proper management of these assets that impeccably enrich you.

Every user should have a digital wallet to store the Bitcoins and we understand, picking the right digital wallet is as strenuous a task. There are a few criteria that need to be followed to pick the perfect wallet apps for Bitcoin, but for that, you also need to stay updated about cryptocurrency and its wallets. Choosing the right wallet also depends on the operating software that runs your device.

Mycelium is considered as the best bitcoin wallet for Android users because it provides a user-friendly interface for seamless transaction processes. Another feature that stands out is the explicit instructions on the setup and backup of the wallet. 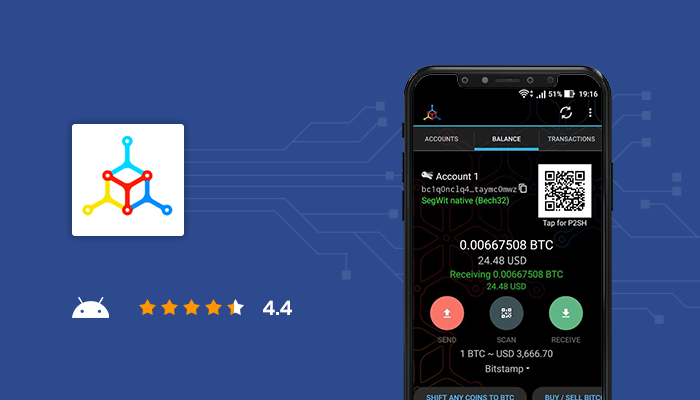 BRD Bitcoin Wallet by Breadwallet wallet is the best Bitcoin apps for Android, which is known for the simplicity it possesses in handling the transactions and sign-up procedures. Breadwallet is also unique for the privacy factor that it holds by keeping the user's information protected and confidential. Although it is ideal for novices (as it is simple to handle), it is also recommended to those professional users who like to keep it simple. 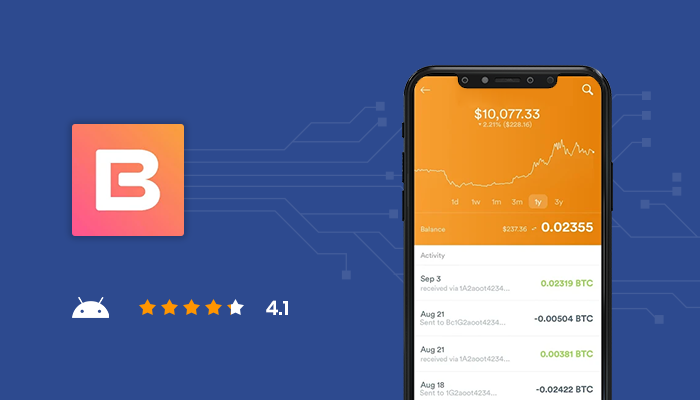 AirBitz stands out with the feature of performing automatic backups. It's considered to be the safest mobile app for transferring and storing Bitcoins, and due to the same, it is also considered as the best app to buy Bitcoin. Another feature that makes AirBitz unique is that it links to various business directories that enable the users to make transactions with the nearby organizations that support Bitcoin. 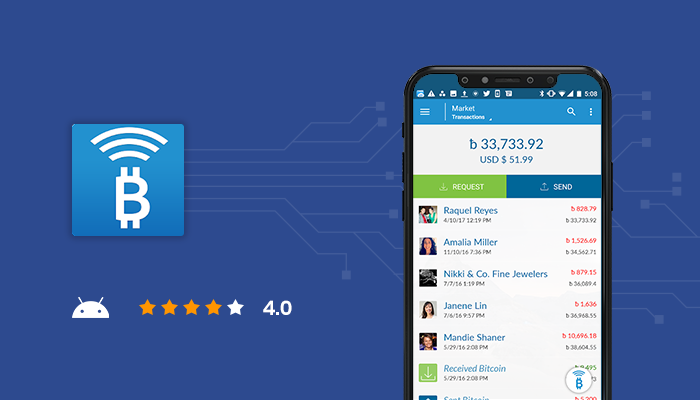 Blockchain is one of the best Bitcoin wallet apps for the iOS platform and is considered to be highly accepted across the globe. The transaction of Bitcoin and Ethereum cryptocurrency is quite smooth the user-friendly interface of the app.

Apart from the regular cryptocurrency transactions, the Blockchain app also offers services like a partnership with trusted exchanges like Forex Academy, a security center, and flexibility in adjusting transaction fees. 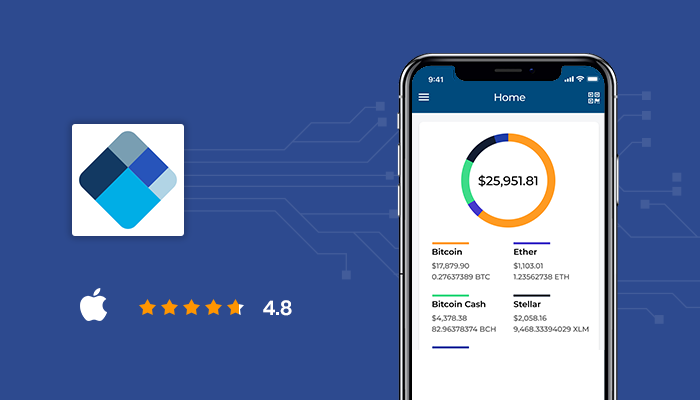 Jaxx app was designed, keeping in mind the simplification of blockchain technology for the newbies. Unlike many other Bitcoin apps, Jaxx supports seven different cryptocurrencies assets.

Its notable features include ShapeShift and cross-platform pairing, which makes it a robust platform to support various cryptocurrencies. 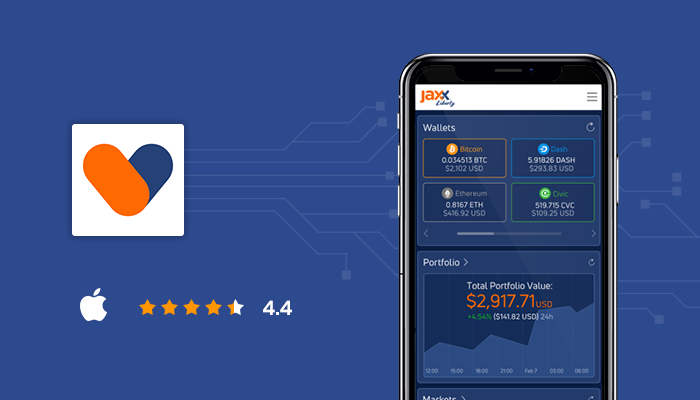 Developed by BitPay, Copay was launched to provide a user-friendly and sleek interface to manage the BitPay funds. Since it is a Hierarchal Deterministic wallet, it offers a safer and more secure platform for transactions. This Bitcoin price alert app can be accessed from multiple devices (not necessarily from mobile phones). 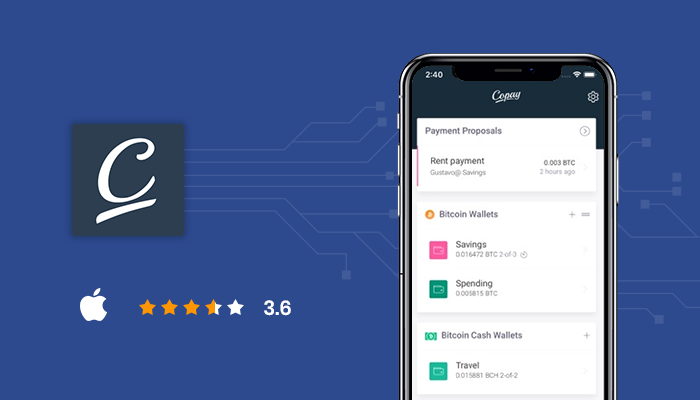 Stepping into the world of cryptocurrency? As footfall in this domain is increasing with every passing day, make sure to take the initial steps in the right direction so that you do not go adrift in the volatility. Depending on your phone OS, pick the best app for  Bitcoin management.

For any other query related to Bitcoin or cryptocurrencies, do let us know your thoughts and we will answer your question in the shortest possible time. Stay Virtual.

PREVIOUS How is Big Data Making a Difference in the Promotion of eLearning Apps?

NEXT Video Editing Made Easy with UniConverter

Emails can be referred to as the digital hub of modern life. The essential communication, be it in the office or with any distant person, requires sending and receiving emails through email clients. Well, it is not only about the communication; scheduling an appointment, saving receipts, keeping the

The wait is finally over as Black Friday is here (well, almost here) and the people are just getting started with their Christmas shopping. When it comes to shopping, almost every person has their own huge list of items and gifts that they are planning to give their loved ones.And since its shop

We know that Android launcher apps have been available on the market for a long time and these sets of applications come packed with some excellent features and functionalities that can restyle the whole interface of the device.What Is An Android Launcher App?From changing the home screen lo

Reddit is known as the front page of the internet, and no one could deny the fact. The Reddit community knows it for sure, which is pretty hard to explain to someone who doesn't have any information about this discussion website.Reddit is excellent when it comes to carrying out discussion on