Best Hacking Apps Hackers Use To Spy On You [2020]

Learn about hacking apps used by IT specialists to scan domains and devices for any suspicious activities. 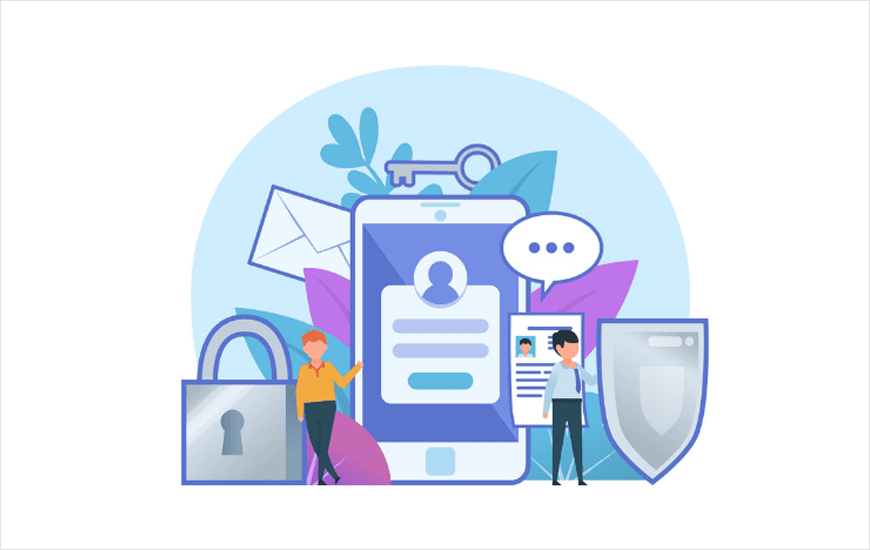 In this list of best hacking apps, you will find multiple hacking tools that can be used to spot local hosts and weak signals along with their exploits. You can easily crack WiFi passwords, install a backdoor, snip traffic and map networks.

All these hacks can help ethical hackers or IT specialists to scan their domains or networks for malicious vulnerabilities.

Note: You’ll need to boot your Android phone and jailbreak your iOS device to access these applications on your device. So if you’re ready to take the risks, here’s a list of top hacking apps for Android and iOS devices.

Here are some of the top hacking applications that you need to keep yourself updated with:

AndroRAT, an abbreviation of Android and RAT (Remote Access Tool), is one of the most popular hacking tools for Android users that allows hackers to remotely control almost everything on an infected device including access to contacts, call logs and location by GPS/Network.

zANTI is one of the best hacking apps for Android to offer an automated network map that uses network scans (at different intensity levels) and identifies every vulnerability of a given target. Ethical hackers often use this hacking tool to test vulnerabilities that can compromise the corporate network including vulnerabilities within connected devices, mobile devices or web sites.

More importantly, this hacking app for Android can mirror the methods of a cyber-attacker and identify security holes within a given network. Thanks to its Dash-board reporting, businesses can identify risks and take fix critical security issues.

cSpoilt is one of the most reliable hacking tools for Android hackers looking to learn a variety of system hacking techniques including:

The hacking tool can also catalog local hosts and their vulnerabilities. This allows hackers to find exploits for these vulnerabilities and them to gain access to the target, following which hackers can crack wifi passwords and install backdoors for later access. The hacking app can run on any UNIX-based system, but for now, it's only supported on Android devices.

FaceNiff is the best hacking app for Android users looking to sniff around social media. The hacking tool uses cookies from a WiFi network to intercept web sessions and get unauthorized access to people’s accounts.

This allows them to easily control user sites like Facebook, Twitter, Instagram, etc., and customize the targeted Android phone to hack their calls and social sites. The only catch with this powerful hacking app for Android is that it hackers can only infiltrate when the WiFi is not using EAP.

DroidBox can be used as both a device hacking app and a game hacking app for Android users. Ethical hackers can use this hacking tool for Android to generate hashes for the analyzed device, intercept incoming/outgoing network data on the infected device, read files and write operations and leak information via the network, file.

You need to jailbreak your phone in order to use these iOS hacking apps. Once you do that, the option to download the Cydia app installer often pops up.

iOS Reverse Engineering Toolkit, popularly known as iRET, is one of the best hacking tools for iOS for ethical hackers learning reverse engineering. The only catch is that you must be connected to a wireless network.

Anyone who’s a gaming nerd knows the struggle of breaking the bank to play paid games. The xSellize Game Hack solves that problem by letting hackers download paid games for free.

With thousands of games like Game Boy, Nintendo, SEGA and much more, this game hacking app for iOS is essentially the nemesis of every application for paid games that’s ever seen some popularity.

And if that wasn’t enough, the game hacking app for iOS also offers functions such as anti-anti-method swizzling, hack app data, instance tracking, easy to use soft breakpoints and automatic detection of vulnerable function calls.

With version 2.0 soon to be released, iSpy is one of the must-have hacking tools for hackers learning reverse engineering and dynamic analysis of iOS applications.

The iOS hacking app has an easy to use web GUI and can be used in various programming functions such as Cycript integration, class dumps, automatic jailbreak-detection bypasses, automatic SSL certificate pinning bypasses, re-implemented objc_msgSend for logging and tracing function calls in real-time.

Myriam iOS Security App was developed by security researcher and GitHub user GeoSn0w who wanted to create a learning platform for techies to become the next big iOS hackers. As a result, this iOS hacking tool is the perfect place to start for any newbie iOS hacker to develop their skills.

Some of the hacking challenges a.k.a. device vulnerabilities that newbie hackers can exploit with this mobile hacking application include Authentication, In-App Data modification, App Activation Bypass, Jailbreak Detection, In-App Resources, and variable Modification.

Elcomsoft Phone Password Breaker is a legal gadget that’s used by many government organizations itself. The original intention of Elcomsoft was to extricate scientific information. But it’s the ability to remotely mimic any targeted gadget turned into one of the most popular hacking apps for iOS. It’s also for this reason that this hacking tool leans more towards a gadget than a programming tool.

The iPhone hacking program helps you break passwords, decrypt iOS backups with GPU acceleration, decrypt iCloud Keychain and messages with media files and documents from iCloud. You can even use this iPhone hacking tool to acquire data from Microsoft accounts and download iCloud backups, hack app data and sync data with or without an Apple ID password.

Although all these top hacking apps constitute a creamy layer for hacking tools, we recommend:

Most of the free hacking apps for iOS mentioned on the list require you to jailbreak your iPhone, iPad or iPod Touch. Once you do, the Cydia installer will be installed automatically using the jailbreak tool.

It’s important to note that the hacking tools are to be seen as a gateway to privacy violations but an opportunity for ethical hackers to scan their businesses for network vulnerabilities. As for tinkering with your Android phone, instead of using these hacking apps, you can use Android hacking tips and tricks popular in 2020.

In addition to this, our suggestion would be to first go through some detailed app reviews of the applications that you want to install on your device instead of directly hitting the download button.

Best Cycling Apps to Turn Phone into a Bike Computer

Whether you are cycling for sports, leisure or for simply commuting from one place to another, you definitely want to keep track of your progress.In order to track the progress, dedicated bike computers with GPS is considered as the best option, but is little bit expensive.In such scenario, smartpho

Get Doctors at Your Doorstep With These Amazing Healthcare Mobile Apps

While 75% of U.S adults own a smartphone, and 89% of total mobile media time spent is in apps, one would expect users to avail the best of mobile healthcare today’s digital age has to offer. Yet, they don’t because they are missing out on these 10 Amazing Healthcare mobile apps that brin

Best 20 Productivity Apps For iOS And Android In 2020

Smartphones have become an indispensable part, and due to its effectiveness, it has come a long way to help us to remain productive all day long. But it does matter what apps you have downloaded and how they are being utilized.Today, we will be focusing on the productivity apps that can skyrocke

What are the Best Mobile Apps for Seniors In 2020?

In a tech marketplace awash with apps that do anything and everything, what are older citizens to do? This is a demographic group that often has limited technical skills but might have the greatest need for the assistance of various kinds. Mobile apps to the rescue! The following a

Best News Apps You Should Try For Android and iOS Device

Earlier, getting news updates was troublesome. People used to get news feeds by reading newspapers for hours, listening to the radio, and constantly staring at the television. But you’re in the advanced era where Wi-Fi connections and cellular internet has made media streaming far easier with