Apple TV apps are not only cord-cutters, but one can easily enjoy a lot more TV stations at a more affordable cost. 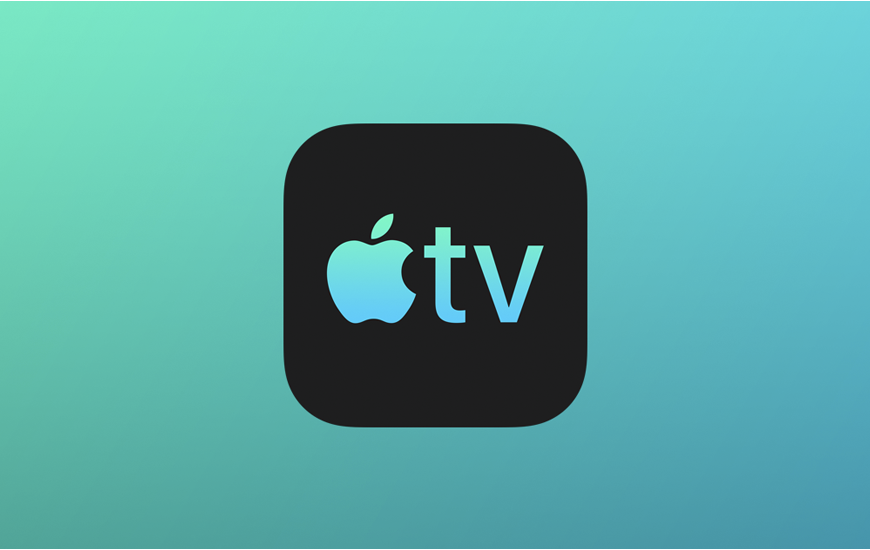 Online video streaming website is a new buzz word in the internet-driven world. Most of us have a smartphone, and it makes more sense if video streaming service is made available on such smart devices.

Tools like Amazon Firestick are designed to help users streamline online content right on their TV screens. However, such devices don't come handy every time, and here comes the role of TV apps.

These TV apps offer free videos and movie watch services and also allow the user to streamline online stuff on their TV screens.

Get ready for the thrill, as we’re going to discuss the top-rated Apple TV apps that allow you to watch unlimited videos and movies at almost no cost.

Amazon prime video has finally made its way to the list of Apple TV app. The app offers a host of options to the users; right from exceptionally rated movies to the videos of the best stand-up comedians. The app is best for those who are die-hard fans of the reality shows and can’t afford to skip them

The user gets to choose from a wide list of pre-uploaded third party content to original videos including 4K HDR content; everything is astutely lined-up for the Apple TV. The app promises great entertainment and the right way of utilizing the users' time by providing them a host of video streamline choices. 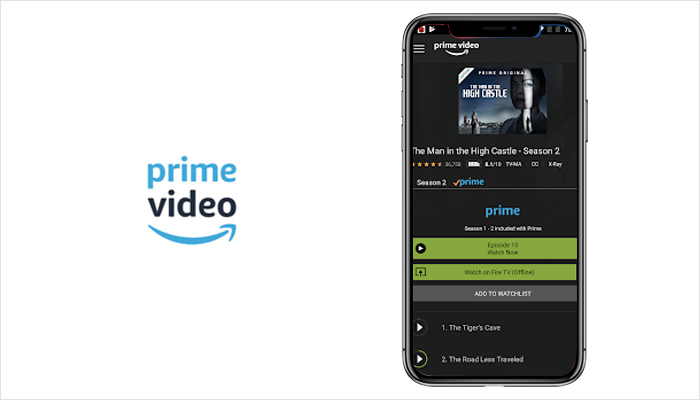 Netflix is home to a wide gamut of original online content and is the world's leading video streaming channel for watching shows and movies. Whether it is original shows, movies, and documentaries, Netflix possesses a hoard of original high-quality streaming content to appease the users.

To pack the user with online video content, the platform is continually expanding its catalog of shows and movies that sometimes might be lined-up from different other sources. This outstanding app experience takes the excitement to the next level, while lets you watch all your favorite shows on your Apple TV. 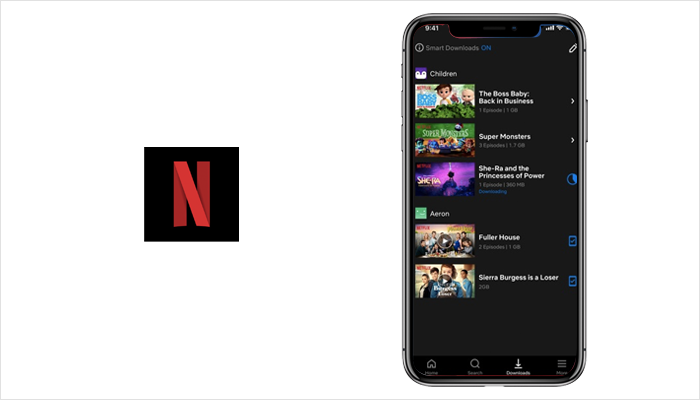 TV app is all set to offer high-quality video streaming, which is a reason behind the huge success of this AppleTV app. 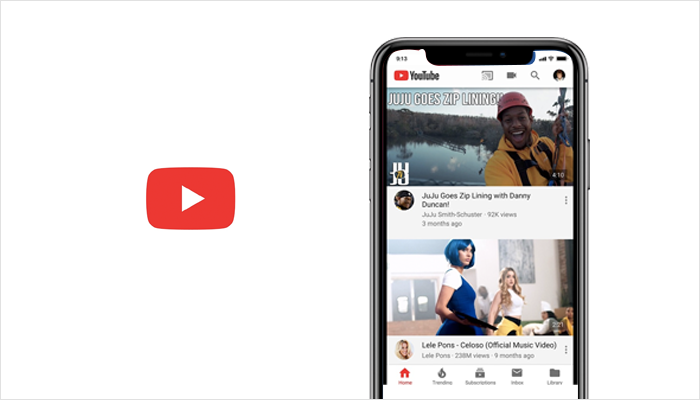 HBO Go app is a great offering to the best Apple TV apps list. This is one of the must-have Apple TV apps that you can utilize to watch big premieres along with all the episodes of HBO’s addictive series. 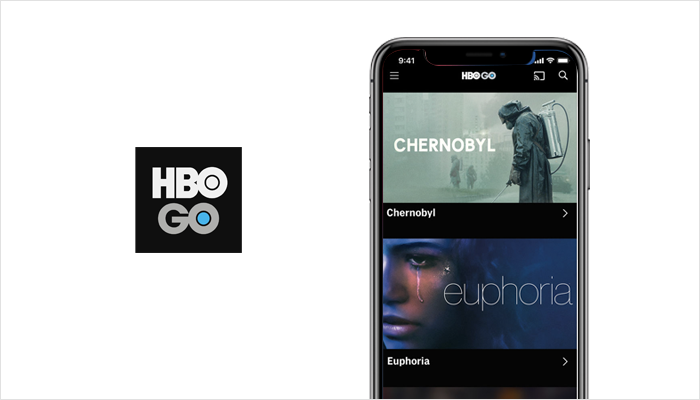 If you are bored of scrolling Facebook videos on your smart phone's screen, here’s is one of the top Apple TV apps that let you watch your favorite videos or FB’s wall posts on a big TV screen. It’s easy to connect with this app, as users only need to download the app on Apple TV device and login it with their Facebook accounts.

Due to its fast and quality video streaming service, this Apple TV video app serves as a huge hub for Facebook video streamers. 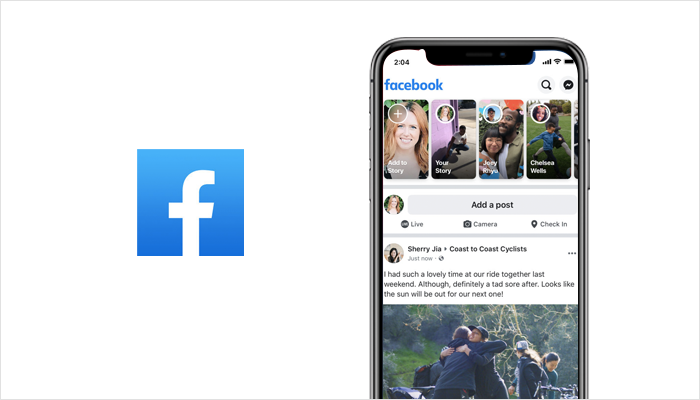 TED is another one of the best Apple TV supported apps that is introduced by TED conferences. The app performs as an educational platform that feeds users' curiosity and expands their knowledge horizon through different TED Talks shows.

This Apple TV app can be downloaded to access intellectual conversations, creative ideas, and powerful talks that are non-profitable and prepared to spread new ideas among the new generation. Right from science to tech to human psychology, users will be able to get insights about everything through small inspirational talks available in the app's library. 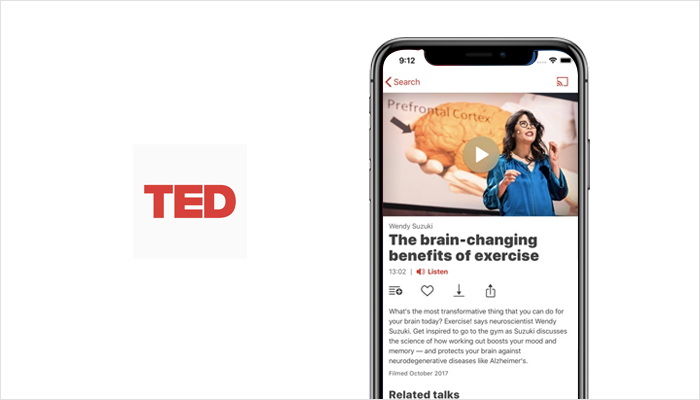 The world’s most popular social handling network “Twitter” has now become one of the reliable Apple TV compatible apps. Being the widest used social platform, it has been used as a trusted news channel, but Apple TV users can utilize this app with a wide focus on accessing sports videos as well.

The best part of this app is that the news and sports stuff it delivers are of high-quality that is carefully accessed from multiple sources like NFL, MLB, NBA, and Bloomberg. 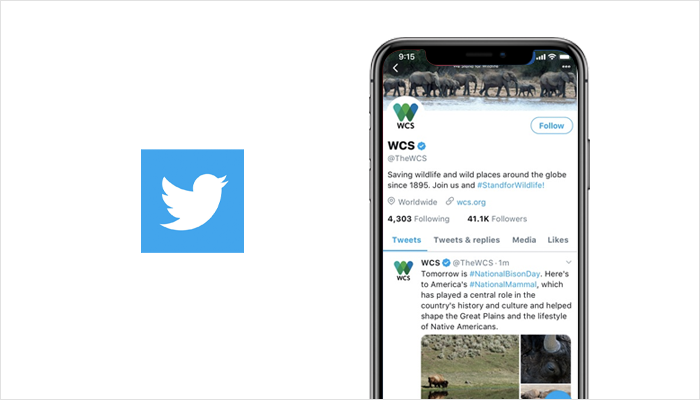 For the first time, Apple TV provides a room to sign in for Flicker Apple TV app to watch videos, shortlist/see the image or follow someone. As the best Apple TV app, Flickr offers 1TB free storage and additional automatic backup for the photos.

Using this app is more like a sit-back experience that offers users a way to enjoy the photos and videos on the big screen. Users can browse through the uploads of other users (friends or famous personalities) to see their feeds. 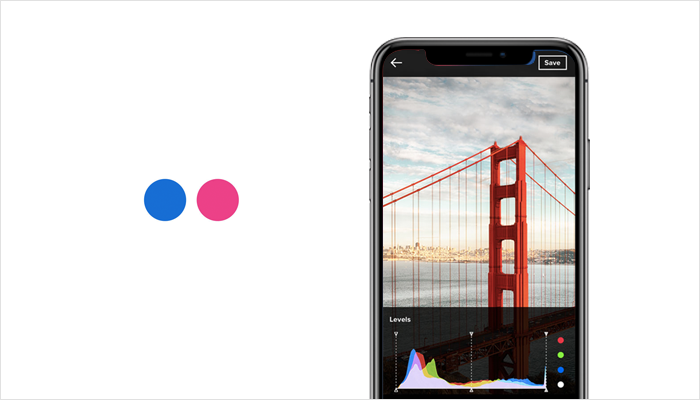 Tinder has attained new benchmarks by making itself available for Apple TV users. They can now use this best new Apple TV app to find a date from their home’s big TV screen. This free app uses the touchpad of the Apple TV to provide the full effect.

To use it, users can sign into their Tinder account from the Apple TV app and start swiping (left or right) to find their potential match. The app offers an exceptional “super like” feature which users can use to support the profiles they like. 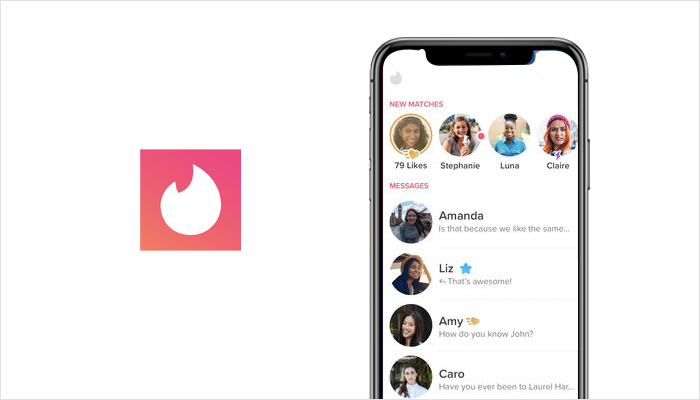 Are you tired of handling your smartphone while preparing something special with the help of online cooking videos? Kitchen Stories is one of the best Apple TV apps that help cookery lovers with a host of online culinary stuff.

Users only need to connect this Apple TV streaming app to their home screens to focus on preparing recipes without hassle. Further, this app is worth downloading for those who want to be the masters of cooking while learning food preparing skills from the videos shared by the famous chefs. 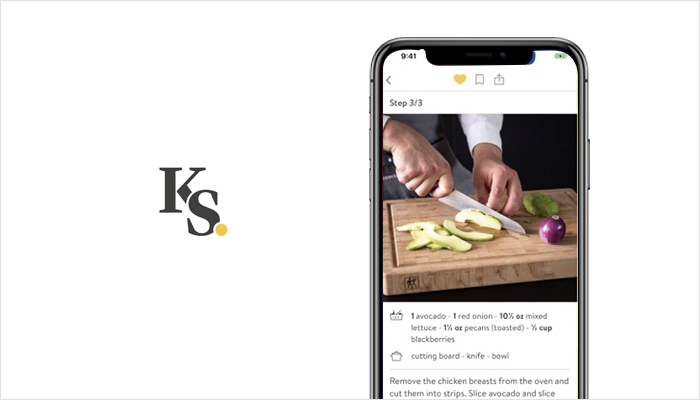 There are thousands of apps available on Apple TV and to reduce your hassle, we have compiled the list by finding the widely-used apps for Apple TV. All the apps mentioned above possess a huge user base owing to their exceptional functionality.

If you’re a regular user of Apple TV apps, you’ll definitely understand the significance of downloading these trusted Apple TV apps. And, if you are not using any of these applications, give a shot and try a few of TV apps to get an exceptional Apple TV browsing experience.

PREVIOUS Bitcoin's Real Worth Might Be $0 Warns Morgan Stanley

NEXT Amazon's Alexa App Is The Top Ranked in App Store

With the game-changing launch of wearable 2.0 in 2017, Android wearable started enjoying a sense of great success. And this renewed rage of success is achieved due to the third-party best wear OS apps that were introduced with amazing features to serve users with best-in-class services.Later, in

Smartphones are the real companion we have today with us. These smart gadgets offer their assistance whenever required. Smartphones are pretty much smart in appearance when it comes to the displays and other specifications. And, the addition of the suffix “-ness” to the adjective “

Best Drawing Apps for the Artist Within You

In this new era where everything is becoming highly imaginative. People, especially artists, are moving to their mobile screens to create some unique and realistic pieces of art. Drawing apps have the potential to five your artwork an extraordinary edge and depth. There can be innumerable r

Smartphones are now turning out to be one of the most personal things people own nowadays. The thought of being cut off from the rest of the world and the cost involved is unbearable. But what if you lose your smartphone?Well, to be honest, it takes a fraction of a second to lose a device or for

The world is full of gamers with varied interests. Some play games that require tactics, while others cling on to racing or simulation games. There are multiple gaming apps that feature amongst the best and who knows which ones to pick better than the gamers themselves?  Well, be that as it