Smartphones To Represent $1.4 Trillion In Retail Spending In Next 4 Years

Digital trends are at its peak and will influence business strategies in the near future. 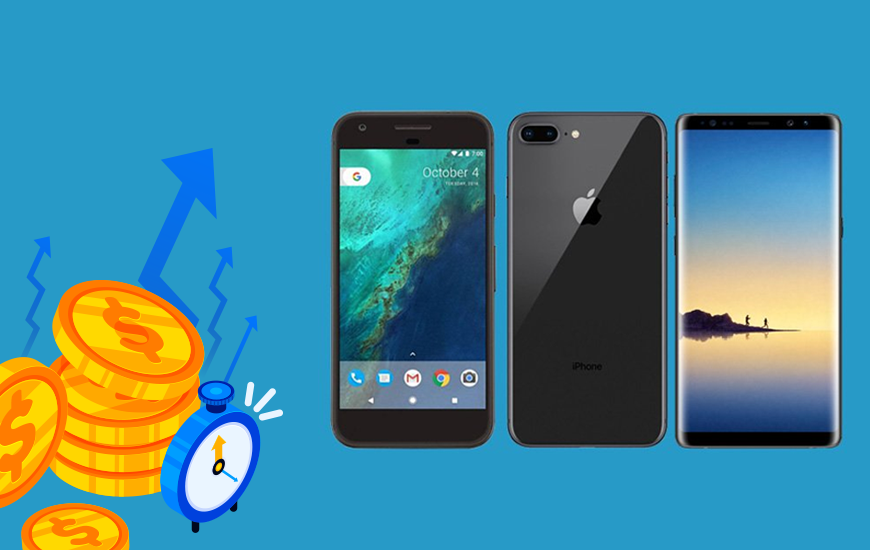 The future of shopping is digital and that is gradually becoming more accurate with each passing year, regardless of where and how the purchase is settled.

According to a research led by Satish Meena, a senior forecast analyst at Forrester Research, digital industries will influence 58 percent of the US retail sales by 2023.

The total retail sales for 2018 are expected to average around $3.7 trillion, with around 36 percent influenced by digital factors, such as online marketplaces, mobile advertising, and mobile search, the report stated.

Based on the assumption, the report states that 15 percent of all the retail sales in the US in 2019 will be influenced by e-commerce platforms, with digital shopping platforms impacting 36 percent of offline sales. The increasing popularity of smartphones, especially within the online retail sphere, will play a major role in influencing the digital economy.

By 2022, 90 percent of all the digital sales will be influenced by smartphones, and by 2023, their influence will grow to represent $1.4 trillion in retail sales, Forrester stated.

Research made into the role of smartphones in the US e-commerce industry revealed that the share of retail sales influenced by smartphones grew by 14 percent when compared to 2017.

Based on these findings, retailers and brands must realize the role of smartphones in respect to their business.

NEXT Crypto Finance Conference 2019: All You Need To Know

Google Play store has come with the new options in the upgraded feature. After almost two weeks of the I/O conference of Google, we are beginning to see changes in the play store. There is upgraded version of the Google Play Store which contains two new small enhancement.The addition comes in notifi

Android 9.0 Pie, is the latest Android OS offering from Google that has infused a lot of interest in the mobile industry experts. Android 9.0 update was rolled out on August 6, 2018, and on the same day, it was made available for Google Pixel, Pixel XL, Pixel 2, and Pixel 2 XL.Right af

A Guide To Transfer Playlist From iTunes To Android

Music is an ultimate offering and those who are connected to this refine artistry are truly aware of the magic it can create. And today's generation is blessed enough to reside in an age that is of course the finest of all in terms of streaming services available for the users. You see we have i

How Do Smartphones Affect College Students and Should They Be Banned?

Thanks to modern technology, we can use advanced digital devices, such as PCs, laptops, tablets, and smartphones. They help millions of people, including students of different levels, communicate in the street, on public transport, during leisure time, and in colleges.The widespread use of elect