The Rising Demand to Hire Mobile App Developers in 2022

The demand for the number of developers is expected to increase from 17% to 24% by the year 2026. 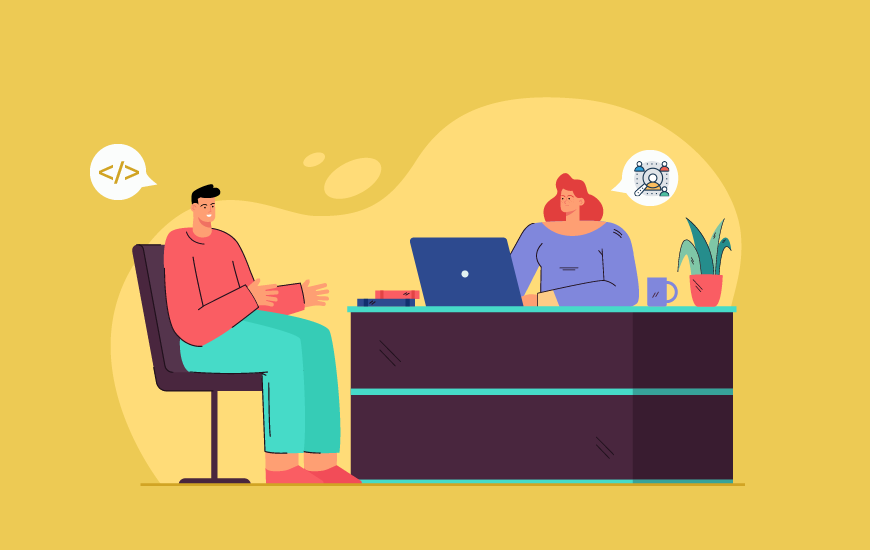 The world is fast-forwarding towards a digital era where everything is connected to the internet and vice versa. Things nowadays happen at the finger tap of the screen.

“What You Experience is What You Get.“
~ (WYEIWYG, the alternate version of WYSIWYG)

Ranging from that very first alarm clock of the day to the last email from your employer or college professor. Now the pandemic has pushed us towards Mobile Devices and the Internet more than ever before.

In the future, we would see an exponential increase in mobile and internet users. Hence there would be growing demand for mobile applications to support those consumption requests for various purposes.

The total number of smartphone users worldwide today crossed 3 billion, and it will further increase by several hundred million in the next couple of years.
Mobile Market shares show android occupies a large percentage of the users, roughly around 87%, and the rest 12.5% by iOS.

Hence the stock of native and non-native apps for android is by far the largest, and which is where most software developers are using their skill set to WoW the end-users daily. A good number of iOS developers have a strong foothold in the niche market.

Therefore, the demand to hire app developers for mobile app development has rolled up multiple times in the last few years and, in 2022, would be at an all-time high.

As per the research, while using a smartphone, users spend 90% of their time on various applications. In this way, our phones are no longer just a phone but a gateway to access the outside world.

It is always suggested to consider certain things before building your mobile apps for your business. Let's jump in through some of the technologies which are going to rule the market in 2022.

We have seen mobile developers shift towards cross platforms for faster development and better efficiency. Companies like Facebook, Pinterest, Alibaba, etc., have successfully switched to Cross-Platform. Flutter is one such framework by Google best suited for the purpose.

AMP or Accelerated Mobile Pages are the new ways of increasing faster accessibility and smoother interaction with the application, thus reducing the loading time. You can outsource mobile app development services to an in-house app development agency or developers on-demand.

The employees of an organization need to interact with each other and maybe the company's client too. Hence one app to cater to those needs like file sharing, calendar invites, work-related flow, etc., is being developed by dedicated mobile app developers as part of the Enterprise Mobile Application.

All the apps be it developed or outsourced has to be checked for Cybersecurity threat; otherwise, it may cost users data, money, etc. Hence the demand for Cyber Experts for mobile applications is in higher demand than ever before.

Samsung Galaxy Fold and Huawei Mate X - is the company that already launched its first model in the market. And the trends are expected to reign in smartphones in 2021 and 2022. It is the trend of the next decade to come, and therefore, apps have to be made, which would suffice the need for those foldable devices.

Higher Bandwidth means greater exchange of information. This means 5G services can execute multiple tasks at a single point in time. With the advent of 5G networks, the rise of hiring mobile application developers for those apps is rising daily. The mobile apps being developed have to be really data-driven and support higher bandwidth to handle a higher speed exchange rate.

Data is the new oil that would run all the digital engines for the next decade or so. Today's generation can use this new oil to harness the power of new horizons like Artificial Intelligence and Predictive Analytics.

Thus, we need to store this oil somewhere, which is in Cloud Technologies, and then processed it by dedicated mobile application developers for further Analysis and Insights for better business growth.

In chatbots, the responses are becoming more human-like as it is driven by AI technology. It is one of the perfect ways to help the customer succeed. Integration of chatbots to mobile apps takes the user journey to the next level by introducing Do-it-yourself (DIY) custom service tools that expedite making an online purchase.

In 2022, the integration of chatbots to mobile apps will escalate from being fairly rudimentary to a fierce level. You can hire mobile app developers to avail Mobile App Development Services.

Everyone is using the smartphone for buying and selling stuff online, but what about paying it too? That's where FinTech comes in, setting the building blocks for mobile wallets and digital banking technology. But then what if there is a correlation between users and merchants or the system is compromised.

To stop it, we have the new track called Blockchain on which sits this FinTech Technology. It can detect and stop fraud even before occurring. But for all these to happen, we need to hire app developers who can understand the problem and then give appropriate solutions to it.

All our devices are now connected to the internet for sure. But what about them interacting with other devices and making an ecosystem out of it. That's how big the IoT field is and that includes all the devices on the WEB ranging from Wearables to Biometric Authentication and even the Beacon Technologies.

These devices work in sync with each other to achieve the common bigger goal on the plate. Hence, it is imperative to hire app developers in this field who can really stand tall here.

Still futuristic, where one is wearing a device in front of his eyes and sees the virtual world but in 3D at large. Yes, that's right, the objective of Augmented Reality/ Virtual Reality is to create a world that seems to be as real and as close as to the real-world utilizing software and Optical magic.

That seems far-fetched in writings but when seen through one's own eyes. We can interpret it on similar lines. That being said, any regular developer from the mass won't conceptualize the idea behind it. Therefore, hire dedicated mobile app developers, someone special and skilled at that level would be able to do the necessary.

We now understand how to hire mobile app developer and their associated technologies that will revolutionize the year 2022 and later years to come. But to serve the greater good, we need to have a system and its people make it a reality. Thus, hiring application developers would be in great demand and not just with old school ideas and skills but with modern marvels and grandeur. Also, choosing professional app developers helps you expand your mobile app features in the future.

There is a saying, 20th-century solutions can't solve 21st-century problems. Therefore, both problems and opportunities need to be looked at carefully with a crystal-clear vision.

Looking to hire dedicated mobile app developers for your next project? We’ll help you find the top app development companies with 100s of listings of the best developers and agencies in the world.

How to Delete a Snapchat Account Permanently on Android?

Since its inception in 2011, Snapchat has gained quite an amazing reputation among users globally. As per a report by Statista, by the first quarter of 2021, Snapchat had 280 million daily active users. Now, with such a huge count of users, it is obvious to have accounts that are not used anymore.

Node.js vs Python for Backend Technology in 2022

Among many popular backend technologies, Node.js and Python stand at crucial positions as favorites of developers globally. Now, there is a major difference between Python and Node.js for backends that you should understand before we proceed further in this blog. Node.js framework, a JavaScript-base