Handshake’s CEO Glen Coates will head the Shopify Plus unit. 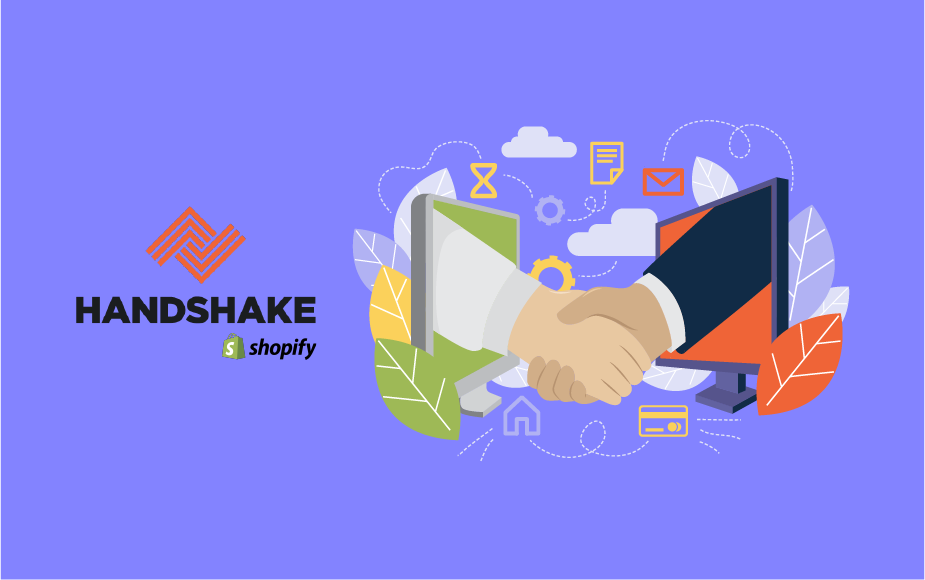 The rumors of Shopify acquiring Handshake has finally settled down. Handshake, an e-commerce platform for Business-to-Business has been discreetly acquired by Shopify.

However, an e-commerce platform Shopify did not reveal the value but according to one source, the deal was valued at less than $100 million.

Shopify unveiled the acquisition deal of Handshake in a short statement,

“Handshake is now a part of Shopify. We consider acquisitions in the normal course of business as we focus on making commerce better for everyone.”

Interestingly, Handshake is the B2B New York-based e-commerce startup that brings manufacturers and distributors closer to their customers. The Shopify’s move of acquiring Handshake was part of the company’s expansion plan of the services and products that wholesale and retail merchants can sell and purchase via its platform.

As per the tip received by TechCrunch in an email, the words of acquisition by Shopify were already spread in the company earlier this month. It is expected that the current team of Handshake will join the Shopify’s extended service tier, Shopify Plus, which is led by David Moellenkamp.

Handshake confirmed the acquisition deal on its LinkedIn’s Profile and it also revealed that its founder and CEO Glen Coates will become the director of product at Shopify Plus. 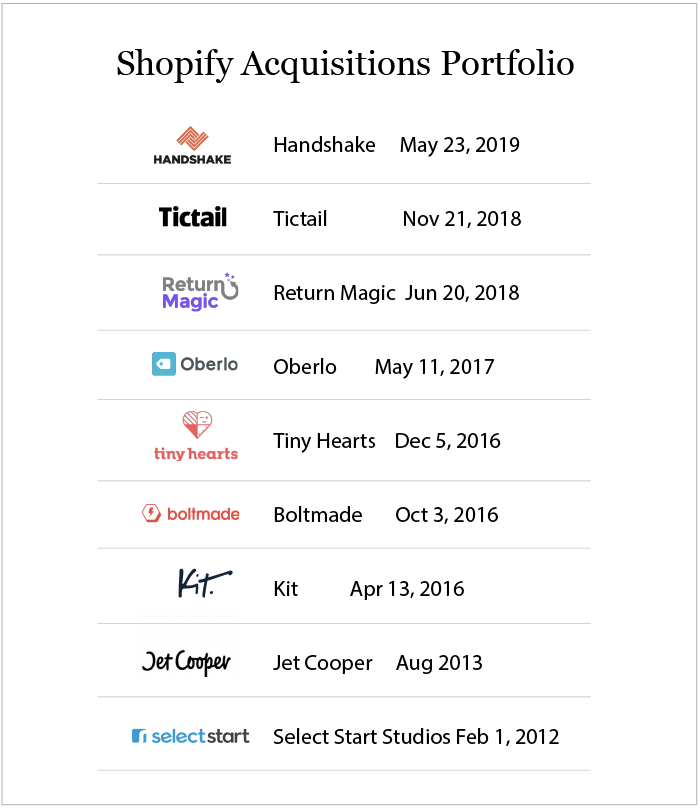 This deal comes at an interesting time for Shopify. The deals arrived at the right time for Spotify as a few weeks ago, MailChimp ends the relationship with e-commerce platform Shopify and acquired Shopify’s small competitor, LemonStand.

In 2016, Handshake bagged $23.5 million and boosted its valuation to around  $54 million. The latest funding round of the company was backed by Emergence Capital, Point Nine, Boldstart Ventures, SoftTech VC, and others.

Shopify is now targetting what Handshake was doing all over the past years - the area of e-commerce market where merchants and brands can sell wholesale items simultaneously working on the retail business that is focused on customers. Handshake’s clientele base includes Williams-Sonoma, Bugaboo, and Roland.

With the latest acquisition deal by Shopify, it showed its intentions of competing with the giants like Amazon and Alibaba that also came from the B2B marketplaces. E-commerce is a big business that crossed the $1 trillion in 2018 according to the recent reports.

Shopify is becoming immensely popular because of its drop shipping business. Don’t forget to check out the list of Shopify’s best drop-shipping apps of 2019.

PREVIOUS Why Uber is Sued by Australian Cab Drivers?

NEXT Best Apps To Edit Pictures Before Putting On Instagram [2021]

Running a business implies making your own items without any preparation, spending loads of upfront cash, and taking care of everything from delivery to bundling and client support.That has changed a lot over the years, and a standout amongst the most well-known patterns is called dropshipping.