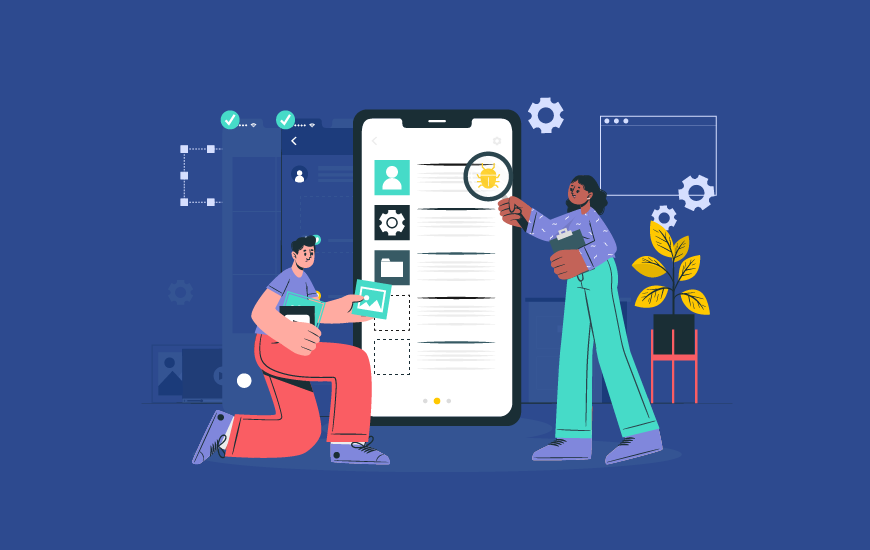 It’s no secret that time is money, that’s why in some cases, saving time means saving millions of dollars in the long run. For this reason, mobile app and game developers, from startups to enterprises, need to go for mobile app testing to test their mobile app concepts and ideas even before starting the development.

On the other hand, quite a big part of new products fail. According to some data for mobile app A/B testing, the failure rate is around 40%, while other researchers reveal it is closer to a shocking 90%. The most common reasons why mobile apps do not pass A/B testing mobile games and apps are mistakes related to the target audience research and choosing the wrong go-to-market strategy.

So when it comes to the mobile app industry, in such a highly competitive environment, even the biggest market players need to make informed decisions before launching a new product or feature. Solutions for A/B testing mobile apps, such as SplitMetrics Optimize, enable mobile app & game developers to test the interest of users even before starting to develop another product with a smart mobile A/B testing approach.

The mobile app idea validation & A/B testing mobile games enable you to lower the risks of developing an app or game that doesn’t meet the needs of your target audience, save time, money, and other valuable resources, and increase your odds of success.

Mobile App and Game A/B testing: What to Test?

Before you green light an app idea and plan to launch it across app stores, it is crucial to project the success rate of your app. After all, its possible conversion rate has to justify the investment that you plan on making. Thus, a list of factors to consider is required to figure out on what basis you are going to judge your app’s performance. Furthermore, some of the metrics that are commonly used to measure the success of A/B testing mobile apps are mentioned below.

With the help of solutions for A/B testing mobile apps, you may test new app ideas, concepts, game settings, and characters before starting the development and investing resources into them.

By showing the prototype of a game or app to your target audience via screenshots and icons on the emulated app store product pages, you will find out whether this idea might work out. Run Android or iOS app testing experiments via solutions like SplitMetrics Optimize and then check how many users showed interest in the app. If the conversion rate and other indicators that you project after A/B testing iOS and Android apps are uninspiring, you might want to try another idea and execute A/B testing applications again. And don’t get disappointed even if your Android or iOS A/B testing outcome was not as you had expected: you gained knowledge and didn’t spend resources on something that won’t work.

2. Select the best option with the best results after A/B testing Android or iOS apps

Similarly, you can better understand where to allocate resources if you’re selecting between two different ideas. Should you build a photo & video app or an educational one? Should it be a puzzle or a casual game?

Multivariate Android and iOS A/B testing experience will help you evaluate different concepts, even compare them against competitors in the niche, and select the best idea you should put into practice.

Apart from A/B testing iOS or Android mobile app ideas, you can also test new features before starting work on them. With mobile A/B testing, you have an opportunity to validate new features and prioritize them depending on the demand and interest of your target audience.

For mobile game titles, check various genres and settings via multivariate A/B tests with the help of A/B testing applications and choose the ones that hit the bull’s eye.

4. Use Android and iOS app testing to test game concepts

Speaking about A/B testing mobile games, building a mobile game is a complicated process that implies numerous steps and aspects for mobile game developers to take into account to create a successful and demanded product. On the other hand, choosing the right concept often comes under much debate in the teams involved, while soft-launching games with unsubstantiated concepts might result in wasting time and money.

What you can review with mobile app A/B testing before launching a mobile game:

The data gained from mobile app testing and mobile game testing experiments enables you to get valuable insights into what users like about your mobile game or app, and which features are most attractive and useful.

For example, with the help of app store A/B testing via SplitMetrics, MSQRD (later acquired by Facebook) got a lot of data-driven insights before and after the launch of their world-famous app. For example, they discovered that a video on the app store product page was absolutely necessary since it had a positive impact on the CTI (click-to-install) rate. So, the mobile app A/B testing strategy was quite helpful for them.

Android and iOS app testing comes to the rescue when you face a difficult choice on new positioning, targeting, or rebranding.

By comparing the performance of variations with different messages with the help of performance testing best practices defined by A/B testing algorithms, you’ll learn whether your strategy resonates with your target audience.

On the App Store or Google Play, you cannot test your mobile app or game concepts before actually going live with it. But you can go for A/B testing iOS or Android apps with tools like SplitMetrics before launch and make sure your app skyrockets from day one.

8. Learn more about your target audience

With mobile A/B testing experiments, you can also test various segments of your target audience. The A/B testing applications experiments show how each segment reacts to the same features, game characters, or elements of the app store listing (icons, screenshots, video, etc.). A/B testing Android or iOS apps will help you elaborate effective strategies for each market or demographic group.

To finish up, we had like to highlight another important aspect we briefly mentioned above. ASO and user acquisition always go hand-in-hand. With A/B testing mobile apps or games, you can optimize your app store product page and consequently reduce ad budget waste during paid UA campaigns. Now users coming to the app listing from ads will see optimized creatives that reflect what they were looking for – and they will most likely install the app.

By using testing phases to optimize your app’s page on the App Store or Google Play, you’ll reduce ad spending, and grow the number of downloads, while decreasing CPI, which will inevitably lead to boosting ROI.

PREVIOUS How to Build a Successful Gaming App?

NEXT Best Wear OS Games: Unlimited Entertainment at Your Wrists

Why make an application when you already have a website for your online business? This question pops up in the minds of many business owners on a regular basis. But you will be surprised to find out that the majority of users are accessing the websites from their mobile phones. You can also check th

How Health and Fitness Apps Impact Your Habits in 2021

Healthcare is the top priority all over the world right now. As the world reels under the perils of the Coronavirus pandemic, keeping fit has become more of a necessity than an option. People continue with social distancing to stop propagating the virus that’s why they are avoiding gyms and gr