Convert Objective-C App To Swift With Minimum Effort in 2021 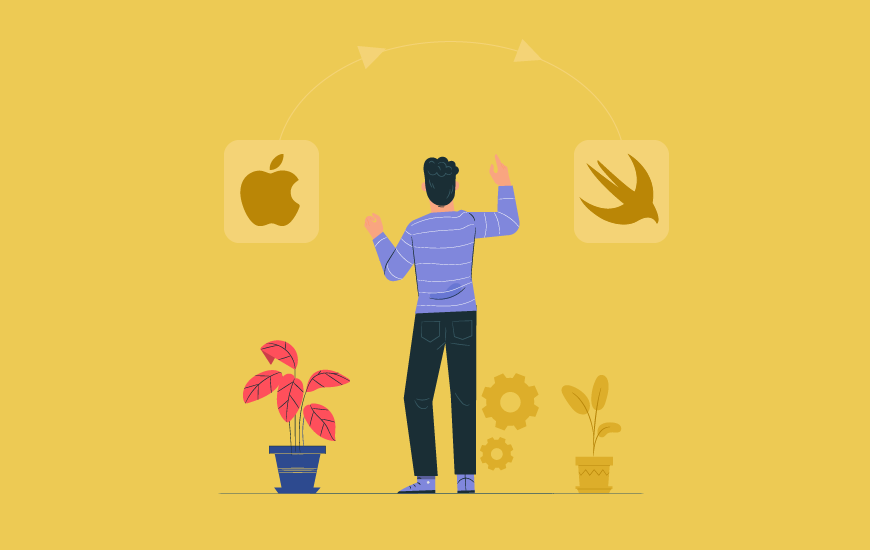 The Objective-C and Swift languages are two of the widely known programming languages that are used for the purpose of iOS application development. In the last few years, we have seen a switch in the trend as the application developers are favoring the swift programming language over the objective-c language. This has also led to an increase in the migration process of converting an objective-c app into a swift application.

What Is Code Migration?

The process of code migration is a great procedure to move the programs from one machine to another, mainly these moving segments include the execution environment of the machine. Migration is a quite popular technique that is used mainly used for its efficient nature meaning, that the app developer can just migrate the mobile or web app code to the preferred programming language directly. For example, the code migration from objective-c to swift.

Instead of designing and developing an entirely new application which will require an investment of more resources and will end up costing a ton. To save you from all this extra work, the migration process is the one to move ahead with.

The main reason behind this process that convert apps from Objective-C to Swift is that to revise an already existing application and to make improvements in its logic, architecture, and overall performance. This is done by replacing the previously existing pieces of objective c with the newer and better components of swift.

A number of people consider this process to convert a full Objective-C app to Swift as a time consuming and exhausting process but that's not true. You will be surprised to see the simple steps that you need to follow in order to make this migration process work effectively.

The tech giant, Apple has also provided the feature of interoperability between both of these two programming languages so you won't need to hurry the complete process of swift migration from objective c at once.

Why Swift is better than Objective-C

Just a couple of weeks back, we wrote an article on 'Reasons Why Swift is Better than Objective-C'. So instead of going through all those reasons in detail again, let's cut this short and move on to the main part of app migration. 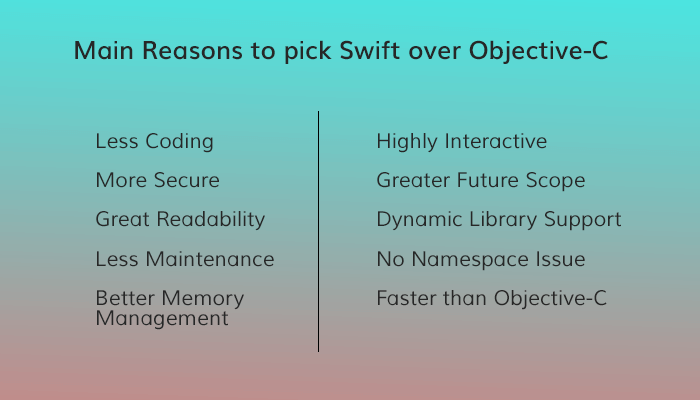 Here are some of the reasons why we choose swift over objective-c and so should you: 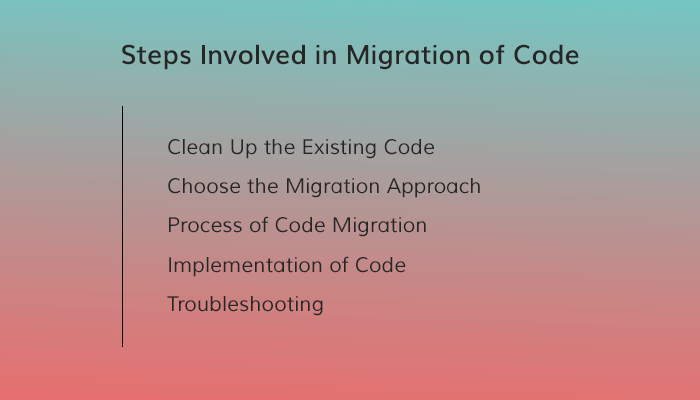 Below are some points to remember before migrating your code or moving from objective-c to swift. These are the steps that should be followed in a proper order to make the swift code migration procedure smooth:

Cleaning Up your Code

The very first thing that you need to do before starting the migration process is clean up your code. Here, you need to make sure that your objective c code is compatible with the swift code. This can be done by optimizing and modernizing your existing lines of codes.

Suppose, your existing codebase suffers with ineffective interaction then it is your job to make sure that all latest practices are being followed followed by your code. This step is important for swift migration because if your existing code is not clean and consists of several issues then the migration process will also give rise to various complications.

When the app developer wants to convert objective-c project to swift application, the approach that is mainly adopted is on a per-file basis which means going to one class at a time. This approach is best suited because there are no swift subclasses in objective c, for which the developer then select a class that doesn't have any subclasses.

Here, the developer will replace all the .h and .m files with a single .swift file for the class with no subclasses that was earlier selected by the developer. Now everything related to the interface and its implementation will move directly to the .swift file and the XCode automatically generates a header file so there is no need to create a header file manually. 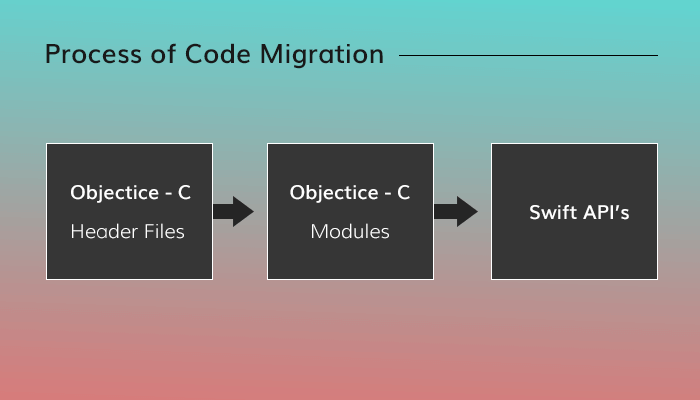 The process of swift code migration may sometimes differ on the developer's existing codebase, that's why troubleshooting is required as the final step to end the process and verify it.

So, these were the steps that are to be followed to successfully convert your objective c code into swift code. We hope that this article shared some valuable insights on this topic to convert your app into swift from objective-c.

Let us know if you have any further doubts on how to change your app from Objective-C to Swift, in the ‘Comment’ section down below. And for more trending updated from the App Development Industry, keep on following MobileAppDaily by clicking on that ‘Subscribe’ button.

PREVIOUS Popular AngularJS Frameworks To Consider For App Development in 2021

Today, we can affirmatively say that location-based apps which are also known as Geolocation apps have made its place among the top requirements. These geolocation applications can be further expanded into an array of services that act as a basic necessity for most of the mobile users.And with t

How Much Does it Cost to Develop an App in 2023: A Complete Guide on Pricing

The mobile app development industry is growing like never before. Whether to order your next meal or to book a ticket for a trip, there is at least one app for everything you need. As per a Statista report, by the third quarter of 2022, there were around 3.5 million apps on the Google Play Store and