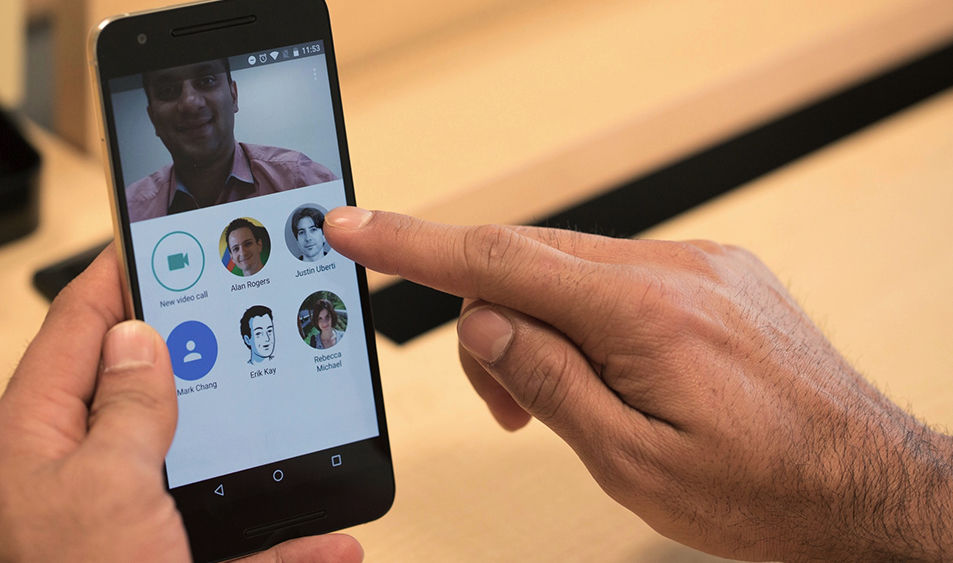 Google is providing the most awaited video calling feature in Android phones as the company announces to integrate it as the rooted feature in the phones. The company is enabling the video calling option in its phone, contact and Android messages apps via Google Duo.

With the arrival of new technologies and apps, video calling is a day to day thing for everyone. However, Android phone didn't have any core option for video calling until now. Google is fixing this by incorporating its Duo app with ViLTE standards to enable video calling. ViLTE is an extension of the VOLTE that is used to improve the quality of video calls over LTE network.

Before you go and try video calling on your phone there some things you need to catch up on to use this feature. The person you're calling also must have installed the DUO app and activated the VOLTE network settings. In order to experience this feature, your device must have the latest version of the phone, contacts, Android messages and Duo apps. More importantly, your service carrier should support the VOLTE standards as the video calling is rooted through this channel.

The feature is available only for the Nexus, Pixel, and Android one devices for now, but Google is working with other device manufacturers to make the feature available to a large number of audience. Google also said that it will be going to add the option to convert a voice call into a video call later this year. With the addition of this feature, it will be more convenient for the Android user to switch to the video call anytime during a normal voice calling.

However, the feature was already available in the iPhones for quite some time now. The iOS users can make video call anytime without leaving the call or messages app. A small but appreciable upgrade from Google to push Android users more towards the video calling.

PREVIOUS Do You know How Much Google Pays For Its Pre-installed Apps on Your Android devices?

NEXT Tim Cook: Technology Does Not Exist For Quality AR Products

Twitter and Other Companies Cost $5.3 for Unprotected Measures to User

Digital technology is changing the world very fastly that we live in undoubtedly. Smartphones with Intellectual and useful mobile apps became an integral part of our life. We rely on these applications and share our all details in order to get beneficial assistance. But are these details and informa

An update to Twitter’s terms of service made a few months earlier is still suspending users from the platform. Though some of them are in their mid-20s. Recently, Tom Maxwell, a 22-year-old boy, found himself locked out from Twitter. He has signed up when he was under 13. His age became an iss