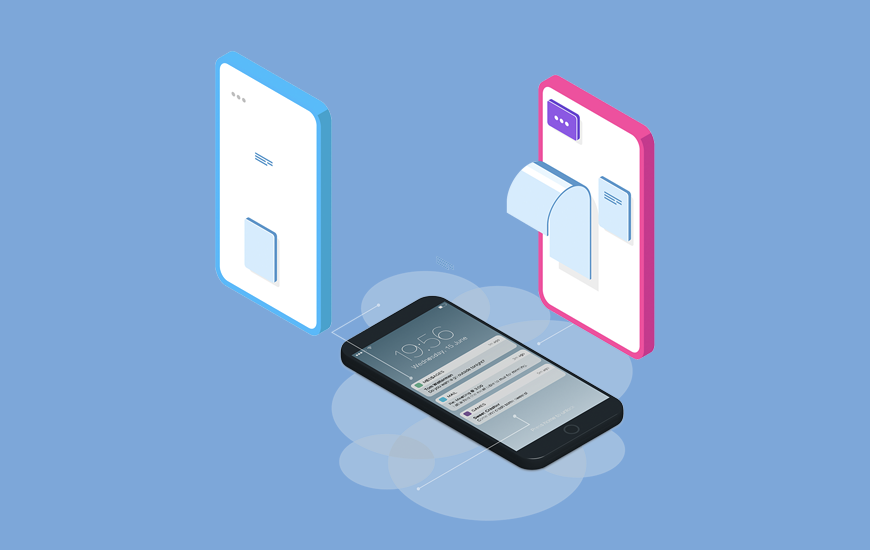 Lots and lots of enterprises are changing their developmental processes by switching to the latest mobile application development frameworks. All of them want to reach their targeted audience fast with the help of the most updated technology.

Technology is always volatile, and sticking to old traditional methods might make you lose business opportunities. It is agreeable that competition in the mobile application industry has increased when it comes to choosing the right platform, framework, or developmental process. Which in turn, leads to an increasing number of native and application developers because of the broad reach through cross platform mobile application framework.

The vastly used platforms for mobile application development are Android and IOS. When the companies are using native development method, then they need to write individual codes for these different platforms while the cross platform framework permits a single code for both.

With the help of cross platform frameworks, reaching to the target audience becomes easy. In this article, we will closely look over the top cross-application development frameworks. 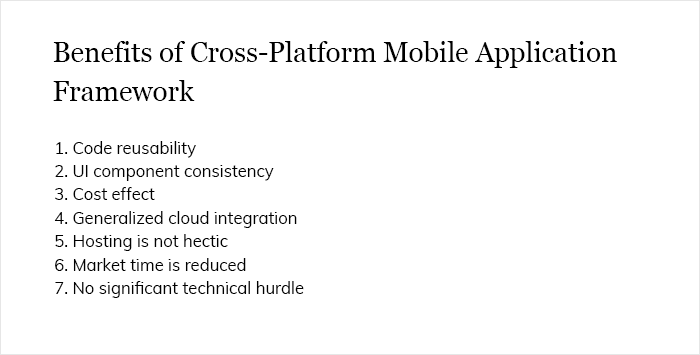 It fundamentally includes compatibility in both Android as well as iOS. This developmental framework enables the components to write the code once and run it on any of the platforms when you hire app developer. There are plenty of benefits associated with this framework which included-

In the past few years, few errors were observed in the performance of multi-platform app development frameworks, but the majority of them are precisely correct. It has become one of the most popular trends among developers because in native application development is increasingly in demand. However, like with any other technology, these types of apps have their pros and cons, so before using the cross-platform app development, we should cover its other parameters as well.

Technologies like HTML, CSS in JavaScript are used in this framework and can add to developers skills. The mobile app development companies must hire a developer with acute knowledge of this technology.

This framework inherits certain elements from Android and IOS. The ionic framework also causes a major community to offer excellent support and developers can build a native application just like mobile. 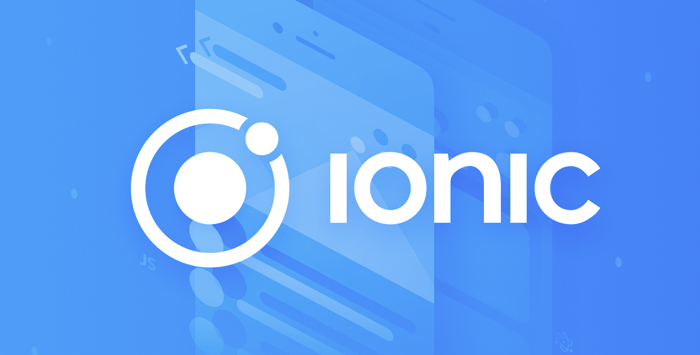 Owned by Microsoft, it is one of the major frameworks which works on write once run any model (WORA). It is an open-source platform which was launched to resolve the issues of the disjoined native technology stack.

This frame uses C# code hands; it can work on server platforms. When companies hire react native developer, they utilize this framework to extract the efficiencies and conduct its frequent upgrade.

Another feature which can amaze you is that code written in this framework can easily be utilized for different platforms. It is based on .NET developers can also access to native APIs with NuGet package and Plug-ins. It has been estimated that around 10,000 companies are using this framework. 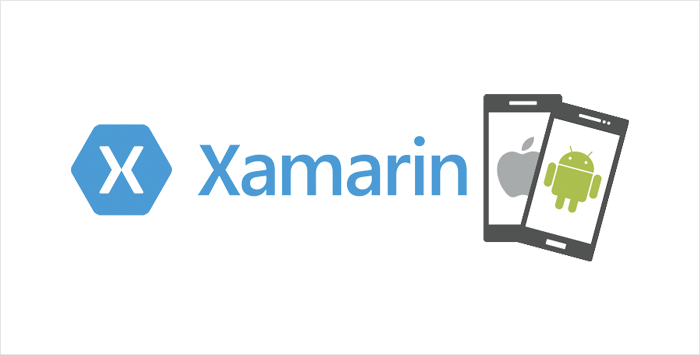 This cross platform framework was launched in the year 2013 by Facebook. The mobile application development companies can hire react native developer who can use JavaScript with this framework.

The designing of this framework enables the developer to utilize declared components to integrate the rich mobile UI. Developers also get access to features like accelerometer for the camera.

This framework allows developers to preview their reserves and it also hosts code reusability. These features altogether shorten the development timeframe. React native framework also includes react that uses JavaScript to build the applications related to mobile and web. 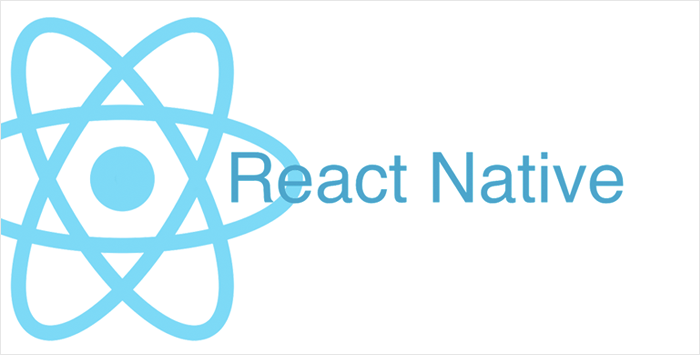 Adobe PhoneGap was previously known by the name Apache Cordova is a cross platform framework which is owned by Adobe. This framework utilizes HTML5, CSS and JavaScript for the development and allows the users to share the application which they are developing with the team so that they can get active feedback.

In case the developer wants to build the application directly, then it also provides a cloud solution. It gives independence over convoluted text commands and access to the third-party tools and components. With the help of this mobile development framework, developers can view the change in dynamics easily. 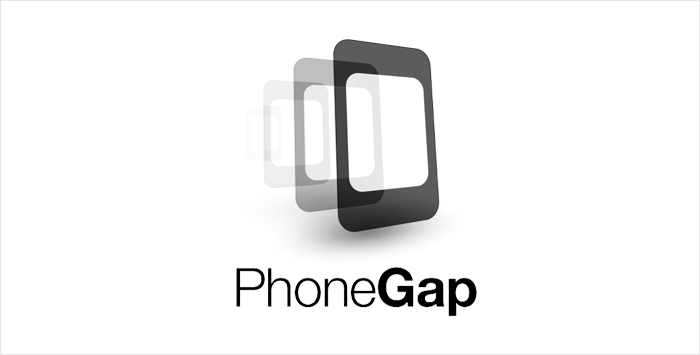 Owned by Google, Flutter is an open-source, cross platform application development framework. It was designed to develop the native interfaces for Android as well as iOS is comparatively lesser period.

Developers across the world use this framework as it can work over preexisting code as well. This framework can also utilize the 2D rendering engine to develop the visuals, like- Skia. 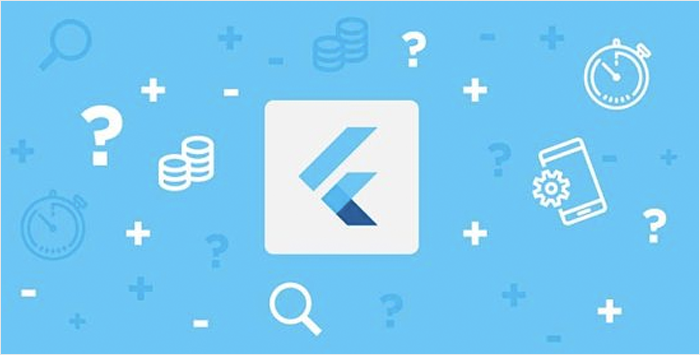 Before choosing any of the frameworks, you have to initially consider your targets and then your project resemblance with it. Therefore, make up your mind first, whether to go with a hybrid app framework or cross platform framework. 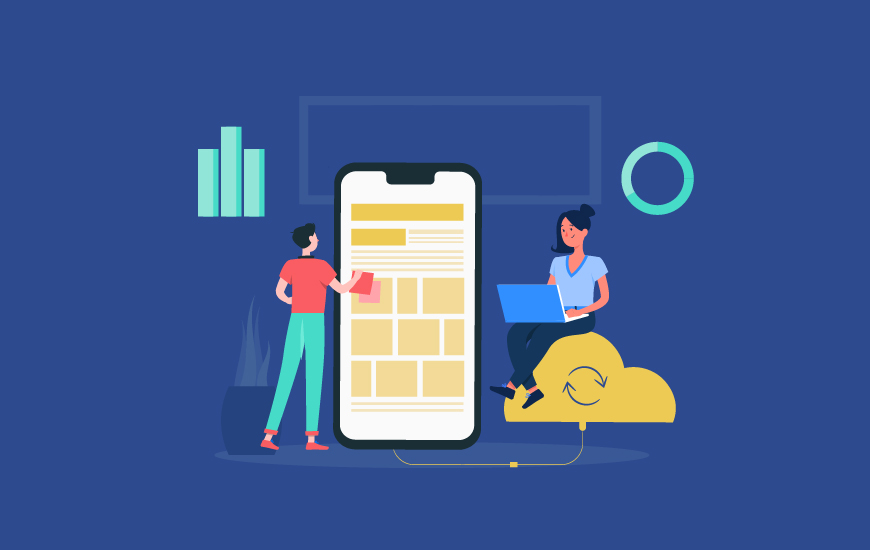 Have an App Idea?
CONTACT
Dev Technosys
PREVIOUS Best Keyboard Apps of 2020 That Will Ease Your Typing

NEXT FaceApp: Neural Face Transformation Filters That Risked Our Privacy

Your retail app may not be able to compete with other more popular apps. However, there are many opportunities to make your retail app profitable. We all aim to create revolutionizing products, but we must always be prepared for the risk. In this post, you will see a list of recommendations on how t

iOS 11 is ranked among the world’s most advanced mobile operating system. The OS can take any challenge head on and promises to rank in the top. Like every other update, iOS 11.4 has brought new features into the armory. The introduction of augmented reality and ClassKit support has taken iOS

Millennials Decoded: Tricks That will Get Your App on Millennial's Smartphone

Millennials are the center of the target market for mobile app marketers. While they are a tight nutshell to crack but once you’ve caught their attention, you can gather a loyal following. They are demanding impatient and aware users, so their app needs to catch up to their fast lives.A ge

Symfony Vs Laravel: Which Is The Better Framework

When it comes to the development of a website in the limited time the developers, look out for the PHP frameworks. These tools are around here for a long time to ease the work of developers. You will find a number of tools that help in developing a website by saving time on repetitive actions. When