Experts have talked about the various challenges associated with blockchain and one of the biggest threats is scalability. 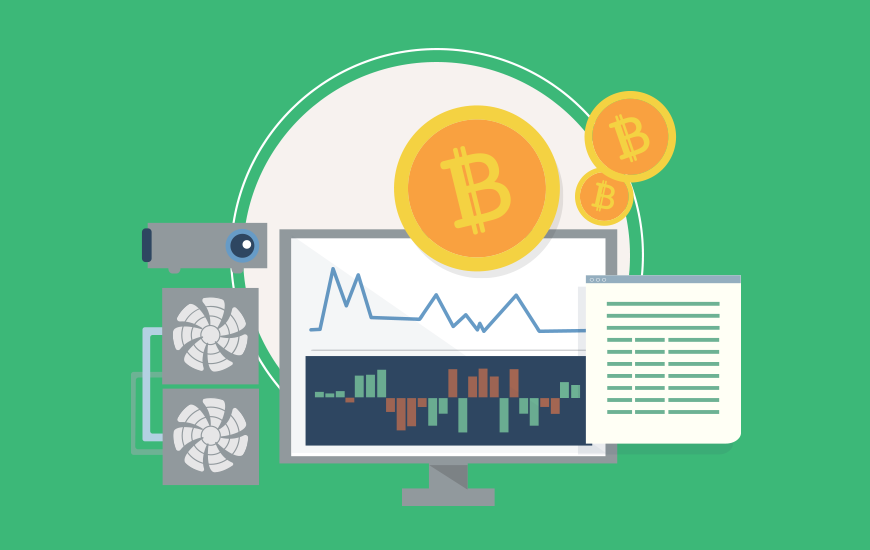 The blockchain technology is definitely one of the most inventive technologies of this decade. Surprisingly, we still haven't exploited the full potential of this emerging technology. The term ‘blockchain’ rose to fame a couple of years ago when Satoshi Nakamoto (Pseudonym) first posted his research covering the topic, over the internet.

Many tech experts have even started referring to the blockchain as 'Digital Gold' and recent statistics support this statement. In fact, the total value of this technology is likely to cross $100 billion USD.

Additionally, the blockchain technology itself consists of various other subsets, like cryptocurrencies. One of the most famous cryptocurrencies is Bitcoin, which recently completed a 10-year milestone. This is why there has been an exponential rise in the number of blockchain development companies taking shape in the recent years. But as the usage of blockchain technology is expanding, some problems regarding its performance are surfacing as well. And in this article, we will be discussing some of the major blockchain limitations, including scalability.

Just as it is with writing, teaching, researching, etc., blockchain technology also has room for improvement. Nothing can be perfect, but it can be improved to cater to human needs. Blockchain poses some serious concerns, out of which the few listed below issues that need immediate attention. 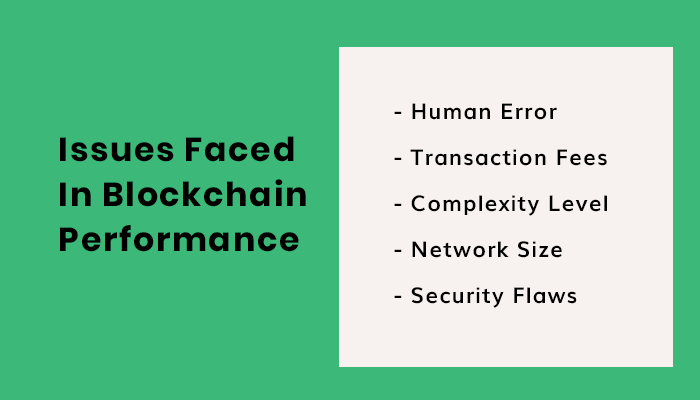 One of the most common issues that directly impacts blockchain performance is human error. Let's consider the example of blockchain as a database where the information stored needs to be accurate and of high quality. But as the data storage process relies on humans, the chances of manual errors increase.

There is a reason that the blockchain technology has still not made it to the mainstream industry verticals completely, despite its innovative features. This is because of its complexity, due to which several interesting features are left unexplored even today.

However, extra efforts are being made in this respect and more professionals are aiming towards becoming blockchain developers to understand it better and help businesses implement it.

The blockchains act like distributed systems, i.e. they are not very resistant due to their anti-fragile nature. This means that they basically grow stronger with every attack on the system. For this reason, blockchain needs to have a huge network of end-users.

The blockchain scalability problem is regarding the limits on the amount of transactions that can be done under the bitcoin network. This blockchain network has limitations as the blocks in the bitcoin blockchain are only of a certain size and frequency and thus can’t process a flood of transactions at once. This can be solved, though, with the ideas listed below. 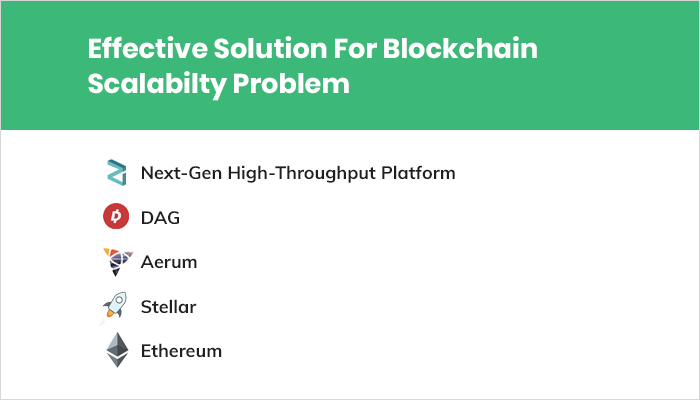 Another pro to this next-gen platform is that its transactions' throughput also increases with respect to the network size of Zilliqa. Listed below are some of the key features that this platform offers:

This new technology can also be called the solution for the machine-to-machine economy where a large number of connected devices can perform in sync to create one micro-transaction. In a DAG, a tangle consists of various edges spread out in every direction. This network then works as a one-way street for data to pass from one designated node to another.

DAG also allows multiple sidechains of blockchain to interconnect and co-exist without ever forming an additional edge with the parent node.

Aerum is a blockchain platform were the end-users can experience some of the fastest transactions at a very low cost and the best part about this platform is that it operates with improved scalability. On average, Aerum targets towards delivering 500 tps on a yearly basis that may lead to more than 15 billion transactions in total. This has improved blockchain speed issues at an alarming rate.

This blockchain platform is great for launching dApps, gaming applications, social media networks, etc. Some of the other features offered by Aerum are:

The next solution in this list is Stellar, which is one of the most widely used blockchain networks for measuring performance with respect to market capitalization. If we look at the recent reports released by CoinMarketCap, this platform is also ranked on the fifth position out of more than hundred cryptocurrencies.

Another thing that makes this blockchain solution stand out is the strong community of builders that support Stellar who get incentivized for working on this technology. Jed McCaleb, Founder of Stellar, also said, “It’s possible to reach approximately 4000 transactions per second. However, it really depends on the hardware that's running Stellar, so it is hard to give solid numbers”.

There are various Ethereum scalability solutions that can be used to solve the blockchain performance issue:

Stated above are some of the best blockchain solutions to deal with the scalability issue related to blockchain performance. With the blockchain technology being integrated into various mainstream sectors, we will surely be seeing more blockchain advancements in the future and lower down the number of blockchain limitations.

PREVIOUS How Are Mobile App Development Companies Impacting IT Industry in 2021?

Beat The Competition With A Sublime B2B Mobile Sales App

If you’re a brand or wholesaler, it’s likely you are running your business using mobile devices. If you’re not, then you may be considering it. The successful B2B mobile apps are becoming a necessity for CPG (Consumer packaged goods) brands and wholesalers across the globe, and the