Review the latest trends in iOS development and find out if it is best for your business. 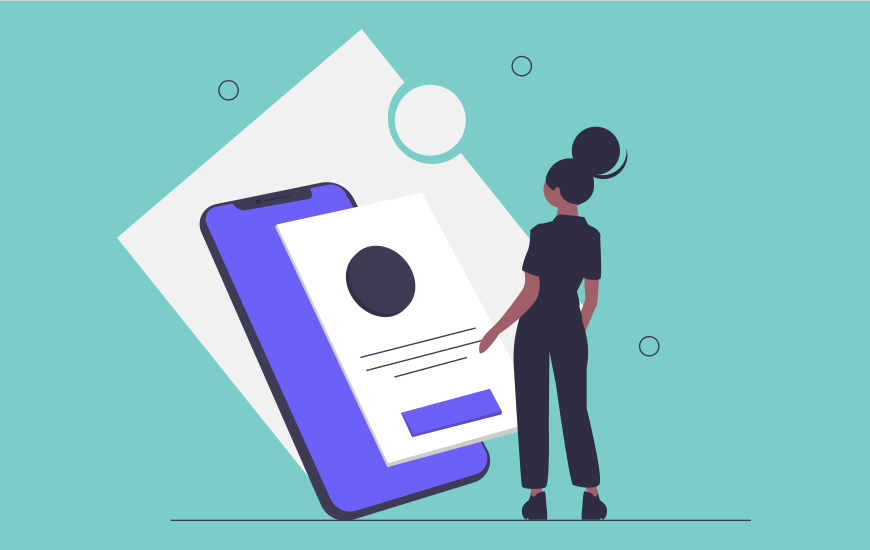 Much like mobile technology trends that pop up now and then, iOS mobile development trends also have the same significance. Now, with the total number of iOS apps almost hitting the 2 million mark, it has become a norm in the developer community to stay up to date with the latest iOS application development trends.

As per the latest data, there are about 4 million apps for users. The numbers are indeed massive to consider and for users, it means a list of apps is there for them to consider for almost every purpose they would possibly come across and, that’s an absolute offering for users.

From the developer’s point of view, the more the number of apps in the app store, the more they require to keep the tab on the latest happenings.

Our blog is dedicated to every developer and all the Apple enthusiasts who wish to get the hang of the new and latest mobile app development trends.

With the following mobile technology trends of iOS app development, the developers will find it easy to comprehend the future of iOS apps and the technology that is going to hit the deck in the coming years.

The security protocols remain the primary trend of the mobile application. We all know about the security algorithms of Apple. It’s known for its hardcore security layers and uncompromising policies that don’t let anyone breach into the Apple devices. But with the unprecedented jump in the number of hacking attacks, a single mistake can wreak havoc.

In a recent statement by Phil Schiller, the Senior Vice President of Worldwide Marketing at Apple Inc. stated in an email response,

“(Apple is) helping to protect our children from technologies that could be used to violate their privacy and security.”

It clearly highlights the need to fortify the Apple loopholes as well and to achieve it; Apple has initiated an enterprise-wide culture that caters to the user's need to create a safe environment. It inches forward in improving the overall security and prevents cyber-attacks and data breaches.

If we talk about the password Autofill, Apple has deployed ASWebAuthentication Session that coordinates the cookies and the website data for the signing in and with this, the device is able to use the authentication services frameworks to incorporate password manager apps.

The next in the list of ios mobile app trends are around Swift. It is the official language of Apple and the programming language for building iOS applications. It has helped many iOS developers to weave their dreams in the form of reality.

According to the latest data, there are more than three hundred thousand apps written in Swift which are available on the Apple App Store. The reason behind such a craze behind this programming language is its attributes like scalability, flexibility, security, and efficiency.

In the latest update to Swift, Apple has released the stable version 5.0.1 on April 19, 2019. Swift 5 has added more punch for the developers and will aid the app development to a greater extent. 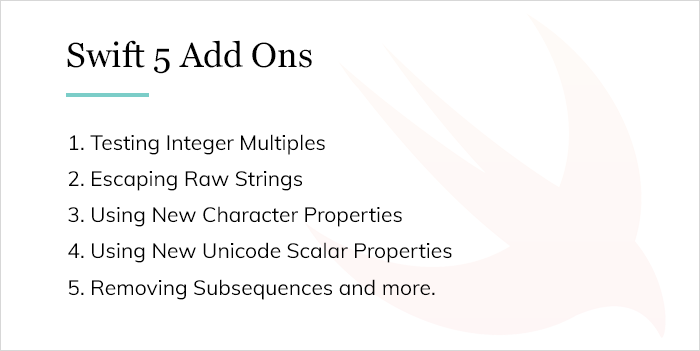 In the coming days, we can expect more powerful iOS apps, which will promise seamless performance.

Apple’s HomeKit is an exceptional offering for the users because of the range of benefits it provides. The HomeKit helps users to communicate as well as to control the connected devices and the accessories in the home with the help of an app.

Apple HomeKit creates an action to help users control connected devices, as the users have an option to create a group to trigger a Siri voice command. To compliment it, the companies are working to create smart home products that could be integrated into such devices.

This innovative offering is going to help developers in creating products as well as apps that can be connected to Apple Homekit for ease of use. This will bring a revolutionary change in the home automation and the element of IoT will grow similarly with these innovations. Apple HomeKit remains significant iOS trends in mobile apps.

Moreover, the iOS developers are already working on building apps that could connect to the internet-enabled devices. The buzz around IoT is nothing new. It has helped developers create exceptional offerings for the users by embedding better connection facilities in the apps. 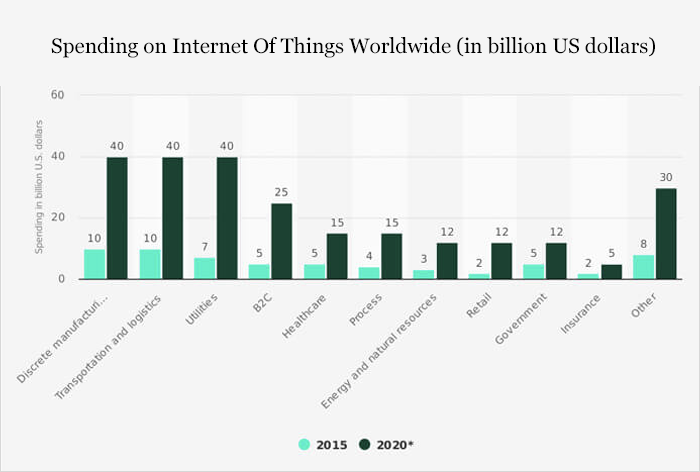 The future of the internet of things is going to be a lot prominent. For iOS developers, it is an element that can be value-added with assistance to make things easier for the end-users.

For example, IoT in pharmaceuticals helps professionals in developing temperature monitoring apps to detect if the temperature for certain processes (as desired for the same) is not exceeding beyond the allowed limits.

The word “user-friendly” is not only the keyword for the iOS app developers but also for the Android professionals too. It basically is a concern that is inspiring the developers across the globe to create innovation while creating utilities for users.

Making the payments easier means allowing a more secure, easier, and more trustworthy source of payment for the users. And, as per the stats, Apple Pay has grown impressively with a considerable 500% hike in the transactions by the users worldwide.

The fact that users don’t need to store their credit and debit card details on the device is the icing on the cake. NFC or near-field communication embedded in the iPhones does the work for the users.

For iOS app developers, core machine learning is a great tool for professionals. The machine learning framework is by Apple and is proving to be exceptional for the tasks related to QuickType, Camera, or Siri.

With the robust library, the Core ML integration offers communication capabilities to the iOS devices. The technology has also proved to be very impressive for face detection purposes.

7. Augment Reality And The ARKIt

Augment reality is important for all the developers alike. However, for iOS developers, the focus has shifted to ARKit with the release of iOS 11. The ARKit helps developers to create 3D and virtual-based mobile applications for the users. Worth mentioning, Amazon has joined hands with Apple in order to take ARKIt innovation to another level just to offer the never-felt-before experience to the users.

With help from Amazon, the Apple ARKit is going to be more prominent for the users now. This is an invitation for businesses to add the goodness of AR and VR Into their client servicing requirements to offer impressive services to the clients.

Viewing the things in a virtual ecosystem is a new way for the clients to perceive the business, which Apple is already doing by integrating the ARKIt in its app development technique.

8. Advancement In AI and Siri

AI and Siri are the last in our list of iOS mobile app trends. Ever since Siri was integrated into Apple devices, the technology giant gained much recognition worldwide. The personal assistant was impressive due to the features and the functionality it offered to the users. With Siri, the quotient of AI or artificial intelligence added a major boost to the personal assistant’s working. 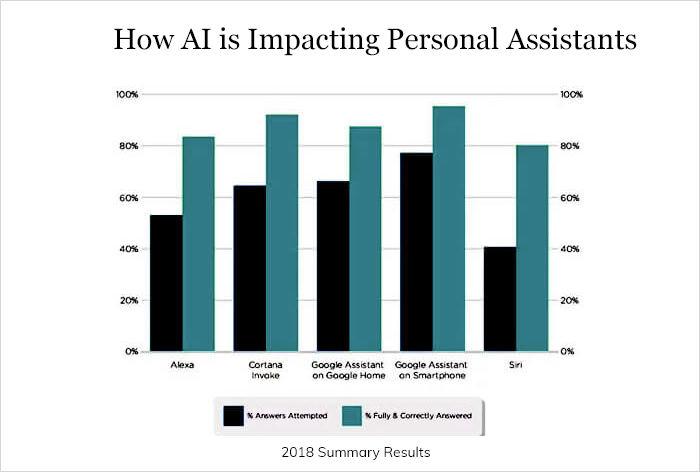 A report of Loop Ventures claims Siri’s percentage of giving a correct answer is 70 percent and due to the same reason, many industry experts hail Siri to be more advanced as compared to Microsoft’s Cortana and Amazon’s Alexa.

The AI-based assistant gets better and advanced with every new iOS version. And to aid the developers, Apple has introduced Sirikit which helps in integrating the Siri advancements.

What is the future of iOS development?

These are the latest app trends that are dominating the app development field. With so much of going on in the iOS mobile app trends, we can expect more and more iOS apps pouring in with much advanced technological elements.

The other thing that is impacted by the iOS headway is the increase in the demand in the developers’ job market. iOS stands second only after Cloud (back end) in the job prospects, closely followed by Android and DBA (Database Administrator). 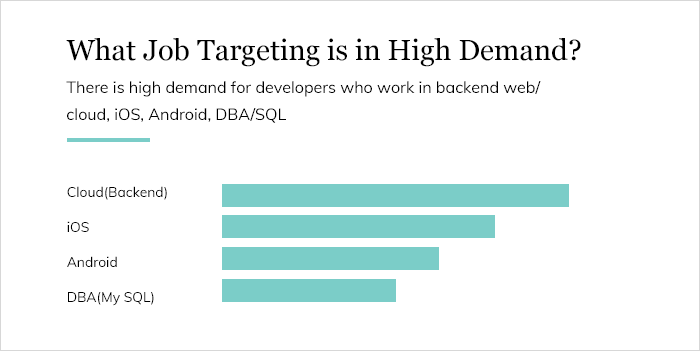 Predicting the future of iOS app development, it is set to expand more, and with that, we can expect to see some groundbreaking technological advancements.

We hope we have helped you understand the latest trends in mobile app development and how iOS is going to play a crucial role in the future mobile application markets. Every app owner needs to study these aspects to great lengths before finalizing which OS they want to start with. Cross-platform apps are a great substitute, but for some niche markets, dedicated apps are the only way to go.

NEXT Ahead of WWDC, Apple Introduces iOS 12 With Memoji And Smart Camera

Symfony Vs Laravel: Which Is The Better Framework in 2021

When it comes to the development of a website in the limited time the developers, look out for the PHP frameworks. These tools are around here for a long time to ease the work of developers. You will find a number of tools that help in developing a website by saving time on repetitive actions. When

Mobile apps have become an integral part of our personal and professional lives and it has brought a revolution in the mobile app testing industry with an increased number of mobile testing tools. The mobile app tools exist for native apps, HTML5/web interfaces, iOS, Android, Windows, and other plat