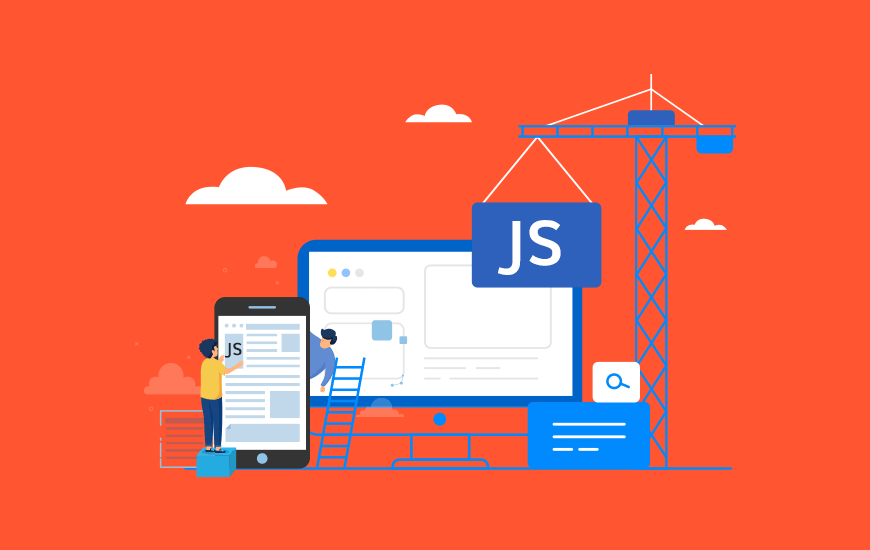 One of the most widely used structured frameworks is AngularJS which is mainly used to build highly dynamic single page applications. The AngularJS framework was first introduced in the years 2012 by Google itself which also provided it a huge support of a multinational corporate backing up it.

The angular framework is a client-side framework that also supports different platforms because of the fact that majority of its features allow the decoupling of any app logic straight from the Document Object Model i.e. DOM manipulation. Because of the efficient features of AngularJS framework, it is the favorable option for a majority of businesses, especially for the app development business.

Today the AngularJS developers are highly aware about the elements of the particular AngularJS framework and its usage regarding how to develop phenomenal mobile and web applications. That's why we have curated a list featuring some of the best angular JS frameworks to help you create advanced applications: 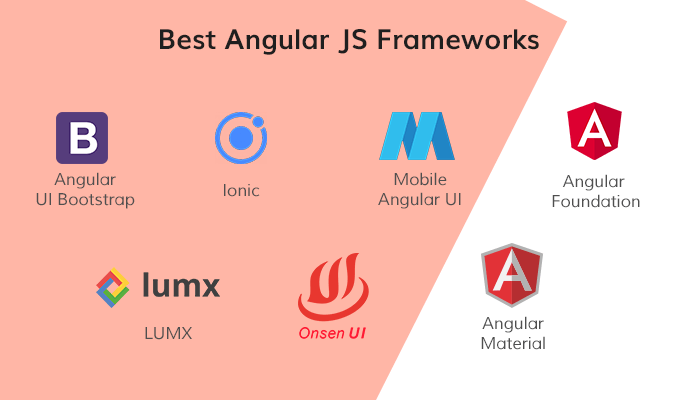 The angular UI bootstrap is developed on top-notch front-end frameworks known as Bootstrap, this framework is basically a combination of the native AngularJS directives with CSS and bootstrap HTML components. Because it is a powerful bootstrap powered framework, it consists of a wide range of in-built elements.

With the repository of components including Bootstrap CSS, angular-touch, AngularJS, angular-animate etc. the developers can use these repository components to build customized templates as per their requirements. Several directives like the drop down, time picker, alert, carousel and many more are offered by this angular framework.

This framework also has a very small footprint of approximately 20kb when gzipped, without the third party dependencies like bootstrap and jQuery. The Angular UI Bootstrap is also one of the most known bootstrap-based frameworks as per the survey that was conducted last year.

The Ionic framework is an amazing AngularJS framework which is mainly used to build the mobile applications but you can also use it to create web apps as well. Iconic is a special framework that is optimized along with the AngularJS directives for supporting the development of HTML-powered apps that offers rich CSS3 user interfaces.

To further make the process of developing mobile apps much faster as well as easier, the developers can use the 'ionic creator'. This ionic creator lets the developer create an app by the action of dragging and dropping components according to the project requirements.

As it is built with SAAS, the ionic framework also offers a free open source SDK i.e. Software Development Kit consists of interactive UI components mainly for developing hybrid mobile apps for touch sensitive smart devices. This angular framework is the best option for you if your priority is regarding the speed and performance aspects of the app development process.

The Mobile Angular UI is a UI framework that can be referred to as an extension to the bootstrap angularJS framework, which was created with the main objective of developing advanced mobile applications. This framework is also preferred by app developers to design the HTML5 powered mobile apps.

The bootstrap and AngularJS-optimized framework also provide an extensive support for libraries including overthrow.js and fastclick.js. Most of its syntax are from bootstrap 3 but with few extra added mobile-specific components, for example, sidebars, overlays, switches, scrollers etc.

Due to these specific components for the mobile application, the developers can also easily transform the web apps into the mobile apps with highly responsive User Interface (UI) that can further help you in drawing huge audience on your app.

Another well known AngularJS Framework is the Angular Foundation which contains modified foundation components to successfully adopt the directives of AngularJS along with the HTML custom elements. With the help of these added components, the developers can effectively develop web apps using HTML elements various HTML elements. Some of these elements are , , , and many more.

If you are someone, who thinks that 'foundation' is better than 'bootstrap', then this framework is right for you as it is basically an update of the foundation framework. Features like process bar, trigger, interchange, and popover can also be available to the user as semantic HTML components.

The main reason that is front-end framework is preferred is because it presented a better, modern and modified version of foundation by providing various directives on CSS and the foundation markup element.

The Lumx has been labeled as one of the first responsive front-end frameworks like Angular Material, which is based on the Google Material Design specifications along with the AngularJS. Lumx is here to assist the app developer in building attractive looking applications with material designs.

Building these web applications with lumx is an easy and fast process as everything is developed on the Google guidelines. But it does rely on AngularJS for facilitating the app development that is based on the MVC design pattern. The Lumx official statement is, 'Just a little bit of jQuery' and de to this statement many developers showed their oppose for it by stating that there are jQuery free frameworks in the market available.

This front-end framework is built on Bourbon, Neat, and SASS that combines the attractive features with great functionality. Lumx is mostly used for developing customizable app designs with rich features.

The Onsen UI framework is a huge competition to the ionic framework. Even though onsen is less popular than ionic but it still manages to stay a step ahead by this AngularJS framework. Onsen UI can be used for both web as well as mobile app development, unlike ionic framework.

Ionic and onsen frameworks were launched in the same year but still, onsen UI is considered relatively new in regards to the ionic angular framework. The user interface segment of onsen framework is built on the 'topcoat' which is a JS-less User Interface CSS library that prioritizes the speed.

This framework is known to offer a comparatively dull, but super fast UI with a distinctive flat-looking bootstrap user interface. As per our expertise, for mobile application development purpose, we would suggest you to opt for the Angular Foundation or Angular Bootstrap frameworks instead of Onsen UI.

The Angular Material can be defined as a User Interface (UI) component library specially made for the AngularJS developers and programmers. This framework offers more than 30 different UI services and components which further help in building consistent and highly functional web applications.

This is another framework that is inspired by the Google Material Design documents which develop attractive web pages while following the modern web designing principles. Some of these modern principles include graceful degradation, browser portability, and device independence.

Angular Material also provides a wide set of accessible and reusable UI directives to the app developers. These directives are based on the material design system which assists in building faster and responsive websites with features like hover effect, built-in ink and many more.

So, these are the seven most popular JavaScript frameworks that you can get started with, to build amazing highly responsive mobile applications and web pages.

As an app developer, you have a number of choices to pick one best AngularJS framework for web applications and mobile development. This decision should be made while keeping in mind the project's requirement like features, functionalities, components etc.

One thing that majority of programmers and developers don't pay attention to, is AngularJS documentation. Now, go ahead and select the front-end AngularJS framework as per your business objectives for building your mobile and web apps.

Let us know in the ‘Comment’ section down below, if you want to recommend any other AngularJS framework for the above-mentioned list. And if you like reading such interesting articles related to JavaScript Frameworks then hit that ‘Subscribe’ button now.

PREVIOUS App Promotion Via Instagram: A Comprehensive 2020 Guide For Beginners

Mobile apps have become an integral part of our personal and professional lives and it has brought a revolution in the mobile app testing industry with an increased number of mobile testing tools. The mobile app tools exist for native apps, HTML5/web interfaces, iOS, Android, Windows, and other plat

What is Deep Linking in Mobile Apps and How it Can Boost App Engagement?

Mobile deep linking is one of the essential parts of today’s mobile marketing arsenal. Today, users not only expect push notifications to deliver information but also add more value and ease to visit the landing page. Be it their abandoned cart, or a reminder to check their w

Ever wondered, “When was Android founded?”- Well, Android's history goes back to 2003 when Android Inc. was founded by Andy Rubin, Rich Miner, Nick Sears, and Chris White. Since its inception, it has turned out to be the fastest-growing Operating System for smartphones in the world.