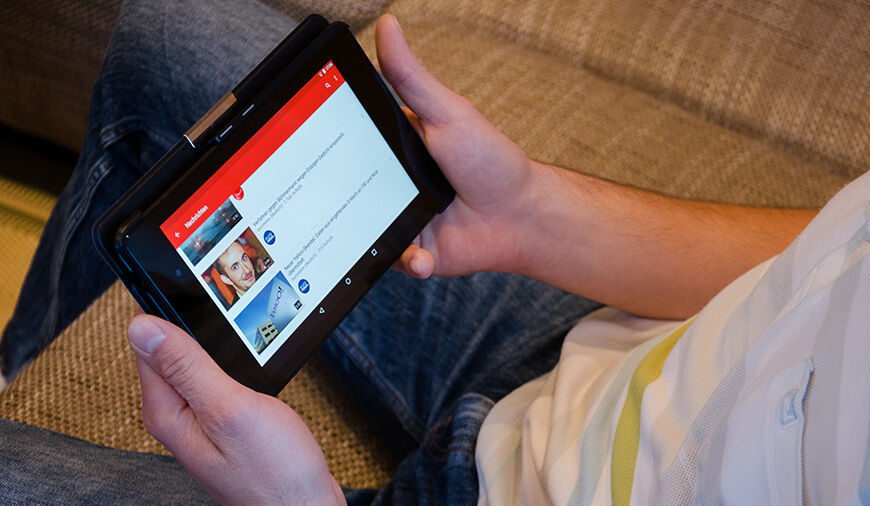 YouTube, the video sharing platform announces a new set of features for its live streaming option. The company is adding few supports to its live streaming service for the users to uplift the viewer’s experience. According to the announcement, the  streaming will be getting an automated English caption support for the streamers.

With the help of available automated English caption, the streamers can still add captions to their video in the absence of professionally crafted captions. YouTube introduced this new feature in order to enlarge viewers’ reach on a live stream video. The company uses its machine-learning powered live automatic speech recognition (LASR) technology to provide the captions. However, the service isn't perfect with English captions, but it is still helpful for users in need. In addition, YouTube is also going to save the chat over the streaming video and will play for the users. This means you can play back the ended live video on YouTube synchronized with the chats posted during the live session.

Another update that the company announced for the live streamers using their phone to stream live videos. YouTube has added a geotag feature that streamers can use to tag their location on the live streaming videos. Clicking on the location tag will explore more live videos from that particular location.This will also allow the users to search for nearby live videos using the location based tags. In order to monetize the live streaming functionality, YouTube added one more option to it. Now, the creators are able to use a ‘Super Chat’ feature that allows users to pay to the creators for letting their comments appear more prominently.

YouTube launched the live streaming service back in September 2011 after carrying out few experiments, including a concert by U2 (2009) and a Q&A session with US President Barack Obama. Initially, YouTube limited the live-streaming feature to some of its partners, but in 2013 it announced to roll out the feature for every verified user with 1,000 subscribers and finally removed the eligibility limitation. Currently, the live streaming through mobile phones requires a user to have at least 100 subscribers.

PREVIOUS Top 10 Android Hidden Feature You Should Know About

Facebook-owned Instagram may be coming with a voice and video calling option for the users as Instagram APK (Android Application Packages) has hinted for a similar features. In the codes, there are files captioned with video & call and they are symbolized with icons of phones and cameras on it.

Mobile applications are undetachable part of our life and we need them like nothing. Since there are millions of apps in the market it is quite hard to be updated with all of them. To make users feel great and to keep them engaged and entertaining almost every app updates some new features frequentl

Facebook every year held an event where they award the most innovative and amazing app starts of the year. The Social media giant just announced the FbStart Apps of years to appreciate the new ideas. SoloLearn won the grand prize of this year's Facebook event and collected appreciation around th

Twitter’s announcement for ending the support for its dedicated desktop Mac app by announcing that it has pulled the app from the web and from Apple App Store has certainly created a buzz. The company additionally added that the support for Twitter for Mac will end up in 30 days. The reason be