The Guide To Improve React Native Performance in 2021

Improve react native performance with these steps to maximize the user experience! 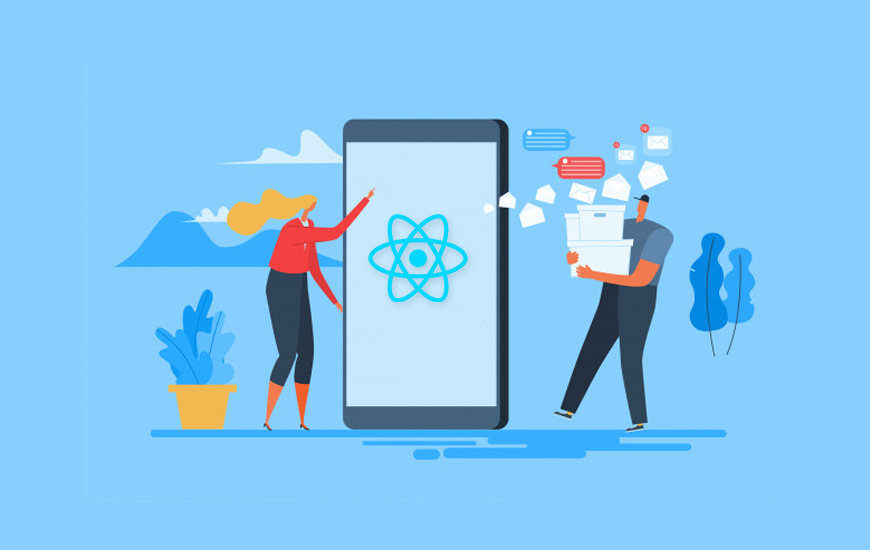 Improve react native performance with these steps to maximize the user experience!

React Native development trend has already gained a lot of popularity since its initial release. Developers love this framework because it provides speed, and enhanced productivity. However, if not handled properly, these cross-platform apps can have some performance issues.

In this article, we will discuss some tactics which might result in react native performance improvements. Moreover, we will also throw some light on possible reasons behind these issues.

How Do React Native Apps Function?

Well, if you are new in the world of app development, you might want to know about elements that make the react native apps function. Let’s discuss them before we proceed further and talk about react native performance tips.

When we have understood React Native Apps a little bit, let’s talk about the real deal now. React Native Apps can have various performance issues. Even though building these apps is faster, and you get the freedom of adding as many features as you want, there are still some issues that might occur during the executions of many processes within the app.

While your app requires features but adding unnecessary features might result in unnecessary rendering. Too much rendering might cause frame drops and screen lags. In other words, if you scroll through your app too fast, you will realize sometimes the UI gets blank. This is because of the slow rendering.

Slow rendering might cause flickering in the UI, slow processing, or even termination of the app. Rendering issues might have two obstacles standing between react native app performance.

Sometimes, either the device is slow or the user types faster. It might reduce the speed of UI react and data might flicker. Well, the issue lies with the order of the operation.

Solution- To solve it, you should remove the value prop from TextInput entirely. It will fix the data flow individually, from the native side to the JS side. Hence, synchronization issues will be eliminated.

A bad global state management design can cause slow rendering. Especially when state change of TextInput or CheckBox controls rendering of the whole application.

Solution- Using specialized libraries like Redux or Overmind.js to handle state management can optimize the performance.

Moreover, applications can be optimized on a Single-component level as well by using Pure Component and memo wrapper for function components. It will take some time but surely give your app the freedom from re-renders and improve app performance.

A memory leak is a situation where your app gets laggy or freezes the screen due to a lack of RAM, or unnecessary background processes. Moreover, there are ways of locating these leaks to improve react native android performance by eliminating them.

Well, to solve this problem, it is recommended for you to use scrolling lists such as SectionList, FlatList, or VirtualizedList. Moreover, these lists can be used in some cases like:

The image size can create issues due to their memory consumption. To solve this and improve app performance, certain ways can be followed.

a. Reducing Image Size can decrease the memory consumption

Reducing the size of images can result in a better app performance as it will require less space usage in the device. Moreover, using heavy images also slows down the loading time.

b. Convert images to WebP format to save loading time

WebP format can help you in reducing the loading time of the image by up to 28%. Moreover, it can reduce CodePush bundle size by 66% and along with the Android and iOs binary size. Using this technique can turn navigator transitions smoother and improve react native app performance with a good margin.

Image caching enables apps to save pictures offline to save loading time of apps. However, this function is only available for iOs phones at the moment.

Slow navigator transitions can occur while users try to render a new screen in the middle of the animation. It tears the animation and blocks the JavaScript thread.

Well, using an interaction manager can be beneficial to make the process smoother and it can improve the performance of your app.

5. Including Maps in React Native Applications

Well, if your app requires the map feature for any reason, it might slow down the react native application. However, some actions can be taken to optimize react native apps and boost their performance.

While integrating the map feature, there are two steps that you should take to improve react native app performance:

Well, react native apps do not support multithreading. In other words, react native apps can only run one service at a time, so it will not be useful for you if you are building an app that requires multiple components to run in parallel.

It’s simple, if you require multiple threads in your app, react native is not a technology you should use. In shorts, choose an app-building technology that will let you use multi-threads while building the app. Take Twitch as an example, they had to move from React native technology as they could not combine live video streaming and chat services altogether.

Sometimes, React Native Firebase libraries may cause some errors like “FirebaseCore.h not found” or “Firebase. h not found”. It might be due to the reason that your library was not properly installed or corrupted.

Well, the solution is simple, all you need to do is to re-install and re-link your library. However, make sure that you relink it manually not automatically.

Some beginner developers can face this simple error due to a very small mistake. It will display pop-ups like “Your App is not registered”. The problem might exist in the core process while designing the app.

Well, simply correcting the application name in its app.json file can cure the issue.

9. Module Could Not be located

Sometimes while creating a JavaScript file, you might misplace it due to any reason. At the time of the launch, this error might occur because of the same.

Well, all you need to do is to edit the file path and provide the right one and your app will start working again.

Using external libraries affects the size of an app. It also depends on how many files you are going to add while building the app. Therefore, some ways can be used to optimize app sizes like reducing graphic sizes, using fewer features, etc.

To begin with, you can use ProGuard. It lets you optimize application sizes according to the architecture of various devices. Moreover, you can move components from the native realm to the react native realm. It will improve the app performance by reducing the application size which ultimately results in less load on the bridge.

React Native apps can be very useful if you are looking for ways of building apps in less time and cost. However, if you are an individual developer and you want more guidance and training to build react native apps, you can contact top react native app development companies. They might agree to train you for this process.

We hope that our article was useful for you. For more app-related blogs, keep visiting MobileAppDaily!

NEXT The Who, Why & What of developing a Minimum Viable Product in 2021

The mobile apps have virtually become part of our life. Be it for setting up a task for the day or selecting a dress for the upcoming party; you can do all this through an app. But among all, the gaming apps are most widely used and tops the app download list by miles.Since the last decade, gami

From magnetic cards to the cloud, it has been a long and speedy journey of the IT revolution. Software development went through the different phases, where it’s directed towards making things easier and affirmative for the prospective steps.The Android platform came as the top gear for the