Mobile web apps are gradually getting more traction due to the number of benefits it has over the native app. 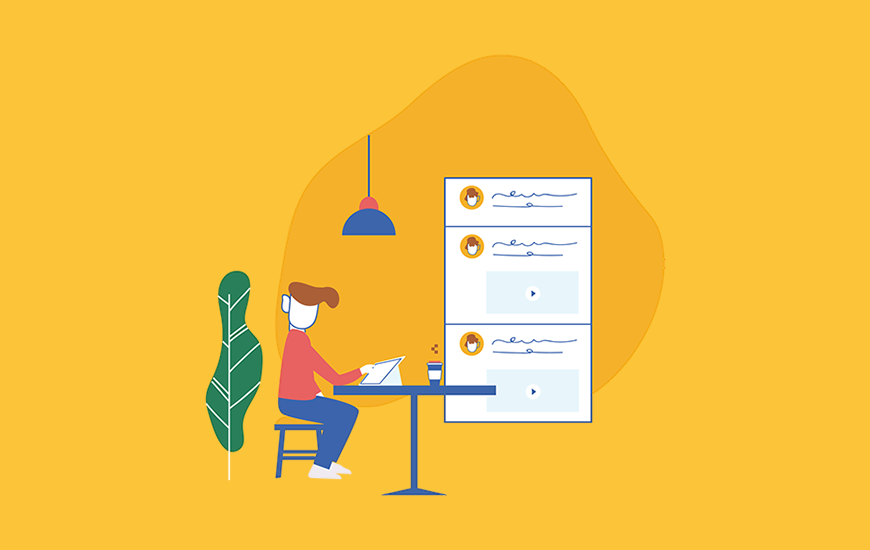 Apps make our world go round, from banking to shopping to menu planning. That’s why every business wants a mobile app, but sometimes, a mobile app isn’t the best choice. What they really need is a progressive web app or PWA.

PWAs are a combination of the best of mobile websites and native mobile apps. Introduced by Google in 2015, they are low-cost and light-weight to build, easy to maintain, and have all the attractive features of an app, like a home screen icon, app-like navigation, and access to push notifications, the phone’s camera, and GPS tracking. But unlike a native mobile app, they are also robust, fast and inexpensive to build and maintain, and have a few other appealing features that we’ll discuss below.

When to Go for the PWA?

As a web design agency, it’s crucial to spot the times when the client would be better served by a mobile web app than by a fully native app. Here are 5 key situations when you should be pushing a PWA.

Native apps cost a lot to build and maintain. It’s only worth the cost if the client is sure that their audience will use it regularly, but there are no guarantees. People install and uninstall apps from their phones all the time to free up phone space or because their interests change, but the clients need to use their app consistently to generate enough ROI on the cost of mobile web development and deployment for native apps.

In contrast, PWAs are remarkably inexpensive to develop and publish. The coding is lightweight and the same PWA runs on both iOS and Android, removing the need to build two versions of the same app and lowering the costs even more.

Moreover, when you use Duda (a web design platform) to build client sites, you can create a PWA in just one click, using the work you already put in to make the website. 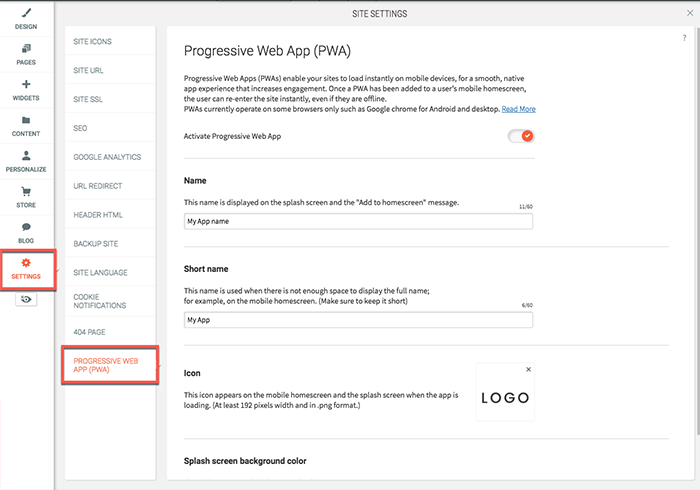 This way, the mobile web app cost can be brought down considerably as part of a website package. They won’t have to pay high app marketplace entry fees to publish a PWA, and PWAs don’t need the frequent updates that make apps expensive to maintain.

All of this makes PWAs the perfect choice for a client that wants to try out features like push notifications and geolocation tracking, without risking too much money if it doesn’t succeed.

2. Client is Looking to Boost Their SEO

If SEO is important to the clients (and SEO matters to every business), PWAs have an edge over native apps. PWAs can rank high on regular search engine results pages, making them easier to find, unlike native apps that can only be found in app stores.

If the clients choose a native app, they’ll have to manage a separate app store optimization campaign, but the ranking for PWAs is inextricably bound up with their regular SEO efforts.

This has a positive effect in both directions; the client’s PWA helps to raise their website’s ranking in the SERP, while overall SEO ranking attracts more users to the web-based applications.

We assume that we’re connected at all times, but there are times when we’re not. One of the biggest strengths of PWAs is that they use service workers, which are snippets of JavaScript that cache digital assets so that they can be retrieved again when the user is offline.

This makes PWAs the best choice if your client’s target audience lives in an area with poor mobile data connectivity, would frequently want to access their content and services when they’re offline, or might want to use the app while traveling to places with expensive data roaming packages and poor WiFi coverage. PWA service workers mean that your app would still be functional even when offline.

Unlike standard native apps, PWAs can be installed directly from the browser. The clients’ users don’t need to visit an app store to discover the app; instead, they could find it on the website, in a blog post or guest blog post, or even embedded in a social media post, status, or video.

Users can share the PWA link like any other URL, in WhatsApp or FB messenger, in an email, or as a text message. As a bonus, easy app installation is another way that PWAs boost SEO.

Also, with an app that can be installed from any URL, the clients don’t need to direct their users to an app marketplace. The additional steps of logging in and then installing an app might not seem like much, but in today’s impatient world, the extra friction can be enough to raise app abandonment rates. 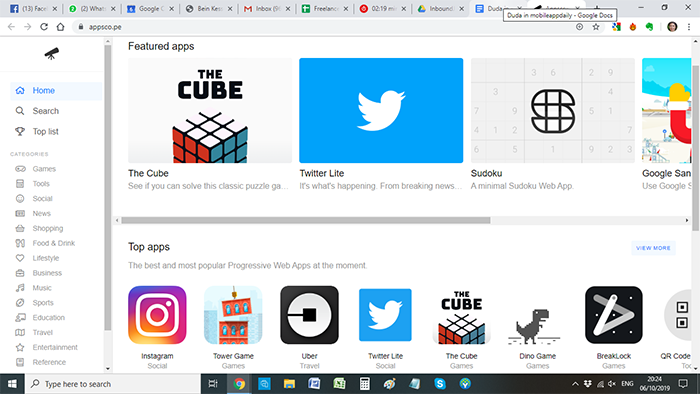 The dual nature of PWAs means that the client can still leverage app stores and directories as a discovery channel. PWA directories like Appscope are rising in popularity. At the same time, mainstream app stores are also starting to warm towards PWAs.

One of the biggest attractions for PWAs to users is that they are lightweight. Web apps use significantly less phone space than native apps, which is a crucial issue to most of your clients’ users at a time when native apps are placing a bigger drain on the phone memory and operating systems.

One study found that 25% of respondents have deleted an app because they needed the storage space, showing that the extra memory space freed up by a PWA can be the key difference between users retaining and deleting the clients’ apps.

The clients might be asking for a mobile app, but PWAs lower the cost of mobile web app development by offering the following benefits of mobile apps, like:

At the same time, the frictionless installation process, lightweight memory footprint, and offline capabilities of PWAs make them more attractive to users. Together with added SEO benefits, there are a number of situations when the clients would be better served by a PWA than a native app.

NEXT Desktop Vs. Mobile Crypto Wallets: What’s the Difference?

Progressive Web Apps: Why You No Longer Need Websites in 2021

To turn your simple and basic website into a not-so-basic Progressive Web App or simply speaking into a PWA is actually a smart move to follow. But unfortunately, many are still not aware of this little trick that can help their business a great deal.But before we proceed towards the reasons on

Effective Tips On Developing A Profitable Mobile App in 2021

In the world of digitalization, the people around the world rely on their smartphones for everyday work. Smartphones and applications with high-end technologies have taken over every sector of business in the market today.As per the mobile app development services, people like to virtually shop,