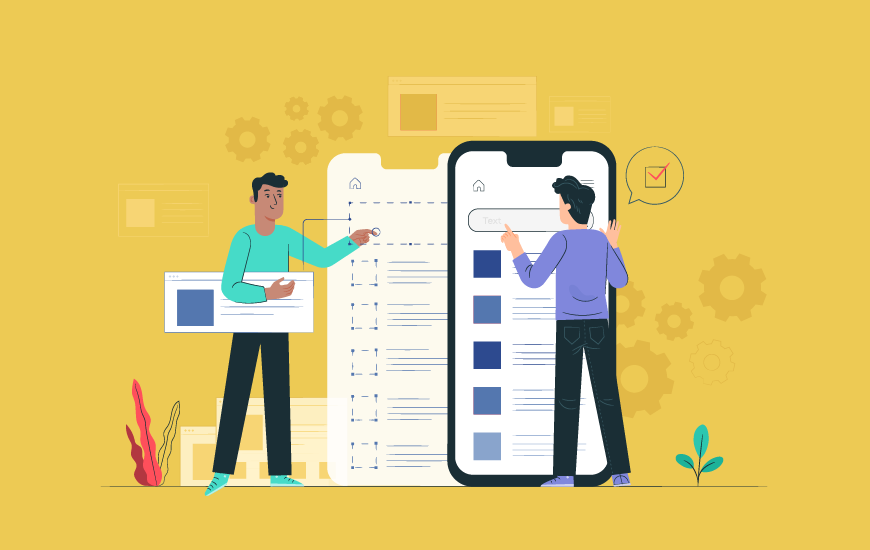 Every application developer wants their mobile app to be flawless and free of all errors but not everyone can achieve this goal. And that is exactly the reason why we require the mobile app testing stage in the app development process.

In general, there are many different types of testing that software programmers should be aware of. We have previously covered them all in one of our previous articles ‘Different Methods & Approaches For Mobile App User Testing’. This is the part where A/B testing comes as an efficient testing approach for mobile apps.

So, in today’s article, we will be covering the best A/B testing tools for mobile apps that will effectively run the test in detail. But let’s know a little more about what exactly mobile ab testing is.

What Is Mobile App A/B Testing?

The term mobile app A/B testing can be defined as the practice of using A/B testing procedures to conduct several tests in different experiences within the mobile applications. 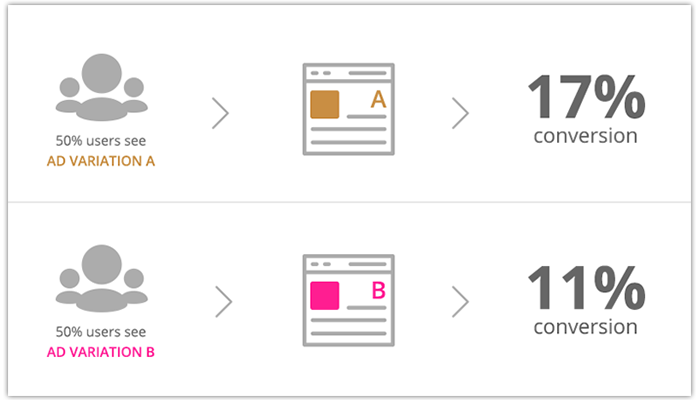 The above image showcases the example of A/B testing where two ad variations i.e. Variation A and Variation B are being tested out. The outcome of both of these variations is different and provides different mobile app conversion rates that can make a huge difference in the proceedings.

For instance, a mobile app developer built a gaming app which also includes in-app purchases (IAP services) for getting access to more game levels. Now, the developer wants to find out which of the app's banner is the one which received the most user engagement via clicks.

Why Do You Need to Run A/B Test On Your Mobile App?

There are several reasons why you need to perform A/B testing on your mobile application before making it available in the market for your target audience. With the help of mobile app A/B testing, users can give a test run according to their ideas regarding the app's working.

These A/B tests for mobile apps will also provide information on what your app users like and what they don't. The app testers will be leaving reviews regarding their experience on the mobile app, which can be further used for improvement purposes.

Even though it can be an intimidating task, A/B testing can be used for improving the way your app users are navigating through your application.

Even if you are someone who is new to the whole mobile app ab testing gig, you won't face any difficulties as the A/B testing tools are relatively simple to use on mobile apps. The very first step is to add the SDK to your mobile app and then think of a hypothetical situation that you want to test out on your application. 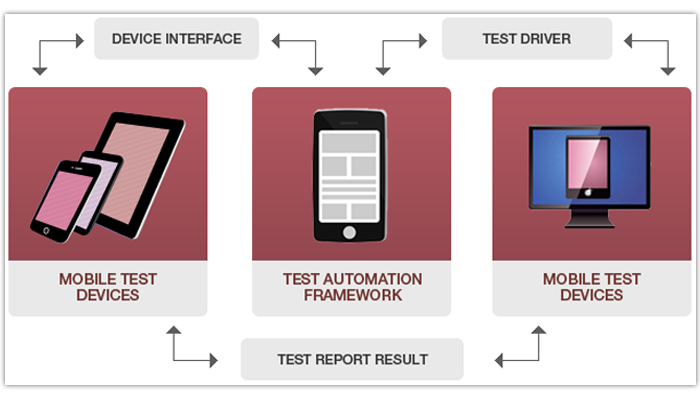 These situations can feature a single change, for example, changing the color of the icons, tweaking the design formats and adding more buttons to the app etc. Start by logging on your respective platform where the user is able to edit the elements of their mobile app visually.

Sharing of these mobile app testing results is likely to improve the overall user conversion rate of the app as well. Now, that we know the definition of mobile app A/B testing, let’s move forward towards the most efficient A/B testing tools for mobile apps.

Below is the list of the best A/B testing tools for mobile apps that you should definitely try out in 2020:

Leanplum can be referred to as a great platform that offers mobile app users the fully integrated optimization solution for testing. And the best part is that it is not just limited to A/B testing but it can provide the marketing automation service to the app developers to make app marketing a bit easier.

This is a mobile app A/B testing tool that is available on a number of platforms which includes Android, iOS, Unity, HTML 5 and REST API. It's up to the users which plan they want to proceed with, as there are both paid as well as freemium plans available.

Want to try out Leanplum, here is the - Link

With Splitforce, the A/B testing for mobile apps is made simple and easy to use for software programmers as well as app developers. On this platform, the user is allowed to download the app testing data and use it for further analysis or store it as statistics records.

In comparison to other mobile apps A/B testing tools, the pricing model of Splitforce is considered to be reasonable as they also provide a separate pricing plan for new publishers that have no experience and are just getting started. Another thing worth mentioning about this ab testing tool is that there is no need for additional coding from the users' end.

Another top A/B testing tool for mobile applications is Mixpanel, and over the years this testing platform has turned itself into one of the most popular application testing tools. With Mixpanel, the app developers also get access to the analytics report of their mobile apps and due to this, you are easily able to know how every minute change is affecting your application.

If you are someone who has basic programming knowledge then Mixpanel allows you to try out your programming skills as well by making small changes in the app's code and see how they integrate with the existing app programming.

Want to try out Mixpanel, here is the - Link

These features of Appsee also allow the users to collect all the insights of the mobile app testing with respect to each user session which further improves the outcomes with precision. The application developers also have the authority to build their own A/B tests with the help of this testing tool.

Want to try out Appsee, here is the - Link

So, these were some of the best A/B testing tools for mobile apps that can prove to be of great support in running tests on your application.

One thing that you need to keep in mind is that every single mobile app is different from one another and thus the testing strategies also differ in implementation. At this point, A/B testing can help you in focusing on some of the most important areas like user app retention, user engagement rate and onboarding of users.

Although the advantages of performing A/B testing on mobile apps is similar to conducting A/B tests on the web, still these tests give you the freedom to test out various hypothetical experiences for your application. One of the biggest benefits of mobile app A/B testing tools is that they allow measuring of the impact after changes are applied in an app.

We hope that with the help of this article, you have gained some additional information on A/B testing and also on top mobile app A/B testing tools to use for your applications. And if you are interested in reading more articles on testing then so ahead and click on that ‘Subscribe’ button.

Mobile apps have become an inevitable part of every business, irrespective of its scale and size. As per a researched report by App Annie, the first quarter of this year recorded the most number of mobile apps downloads. Both the platforms, iOS, and Android registered a jump of almost 15% year-over-

The user experience has been a concern for almost every e-commerce company. In this, user-centric world, it’s an essential thing to keep track of user performance on the application for the e-commerce companies.To support it, the top mobile app development services are working to ensure th