In the recent iOS 12.1 update, Apple added some more feature to is OS arsenal 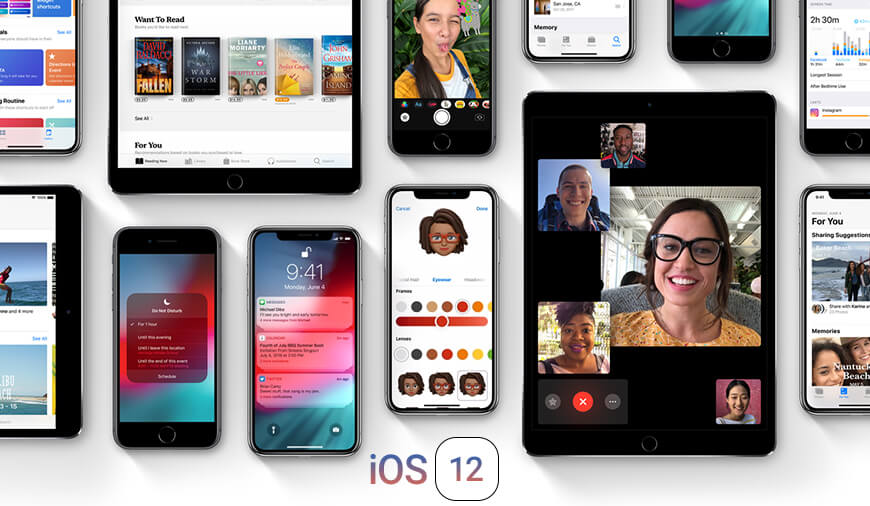 Apple finally introduced the newest version of its iOS operating system, iOS 12 in its Worldwide Developers Conference. Apple has certainly made the Apple lovers excited with iOS 12 features and that’s what we expect out of Apple.

Apple has introduced a wide range of features like customizable Animoji called Memoji, which can be altered as per your personality. Then there is Group FaceTime feature that will allow 32 people to connect at the same time. Overall, the iOS 12 update mainly focuses on better performance and response time.

As expected, the iOS 12 update is all about performance. Whether you’re using your iPhone or iPad, iOS has been enhanced for a faster and more responsive experience all around. Tasks such as launching Camera and typing with the keyboard would be faster than ever in all the iOS 12 compatible devices. 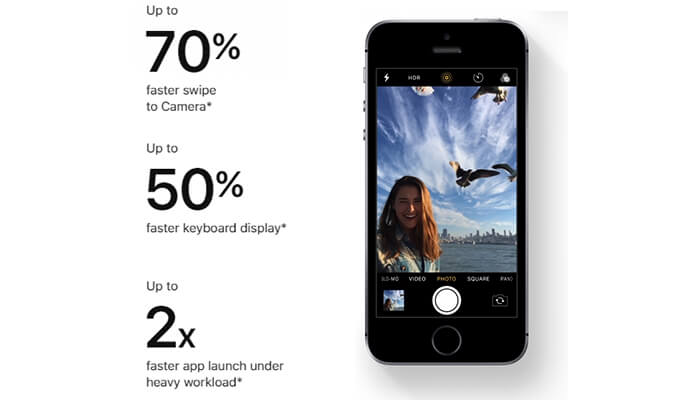 And there are even more significant improvements when you’re doing a lot on your Apple device at once. These feature enhancements improve performance on all supported devices, going all the way back to iPhone 5s and iPad Air.

FaceTime feature in the Apple devices will now support video and audio with up to 32 people at once. The square of the person speaking will get larger automatically, so you’ll never lose track of the conversation. You can start Group FaceTime right from a group thread in Messages or join an active one at any time. The new feature has it all. 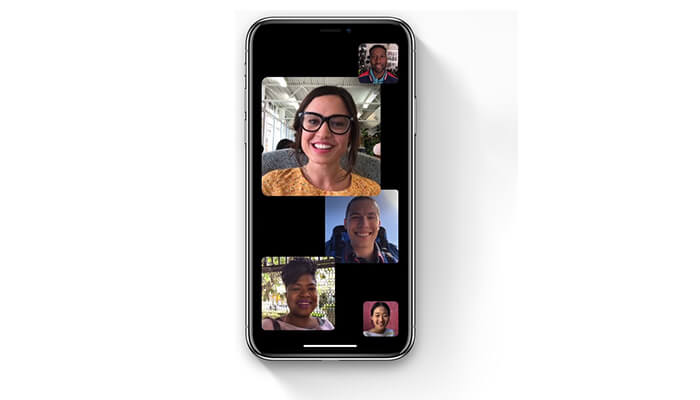 A new type of customizable Animoji feature will soon be coming to iPhone X with the iOS 12. With it, you can easily create a Memoji to match your personality and mood. You can make as many face types as you want to use in Messages and FaceTime. 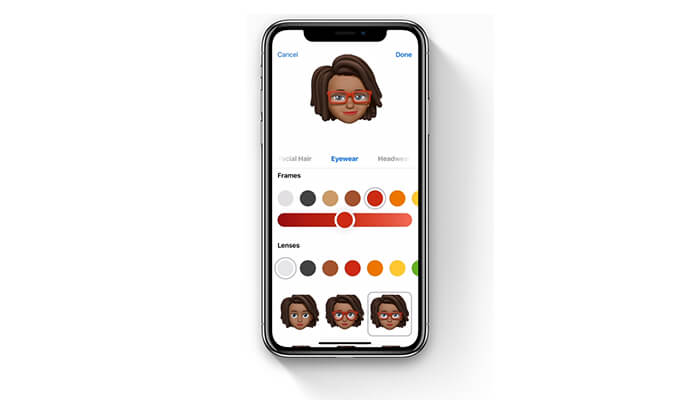 iOS 12 update will let you choose from four new Animoji that are the koala, tiger, ghost, and T. rex. With these new Animoji feature, you can inject some fun into your next Messages thread or FaceTime call on iPhone X. The new Animoji are also more expressive than ever. 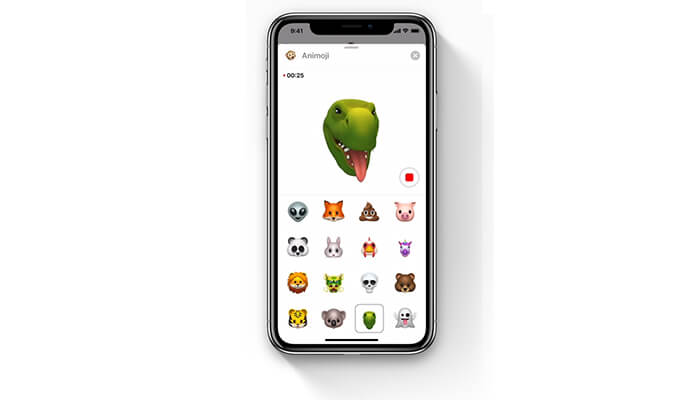 Apple has infused some effects in the camera as well. With new camera effects, you will be able to add varied personality to Messages and FaceTime right from the in-app camera. Quickly create and share a photo or video with Animoji, Memoji, cool filters, animated text effects, fun stickers, and more.

Augmented reality has fast become a major component of the Apple devices. iOS 12 has brought ARKit 2 that makes it possible for developers to create more immersive augmented reality experiences. 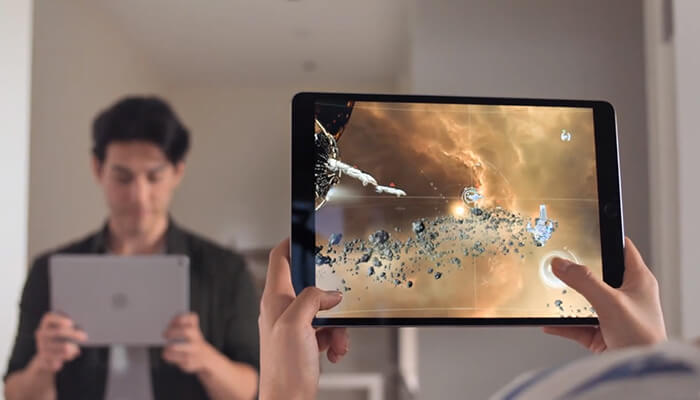 It will also cater such AR elements that even multiple people can experience simultaneously. AR objects can now be sent with Messages and Mail, then viewed in the real world. And a new AR app in iOS 12 called Measure helps you measure real-world objects just by pointing your camera at them. This feature really rocks.

There are many a thing that we tend to lose track of how much we use them. Screen Time is a new feature in iOS 12 that helps give you a better understanding of the time you and your kids spend using apps, visiting websites, and on your devices overall. So you can make the most of how you choose to spend time on your iPhone or other Apple devices. 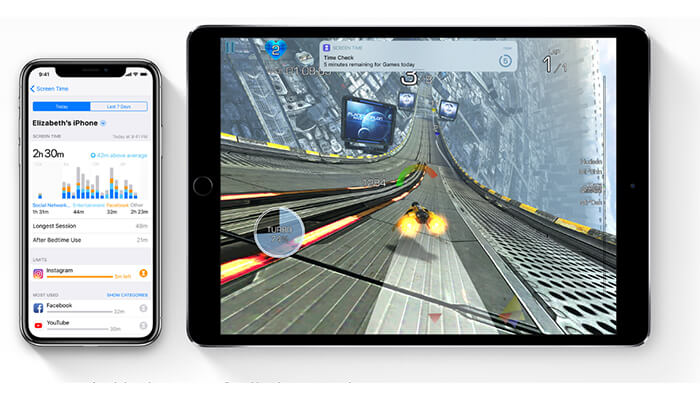 Just as Screen Time gives you more insight into how you use your devices, notification management in iOS 12 gives you new ways to reduce interruptions throughout your day. You can now manage your notifications in real time from the Lock screen, sending notifications from a specific app to Notification Center or turning them off altogether. 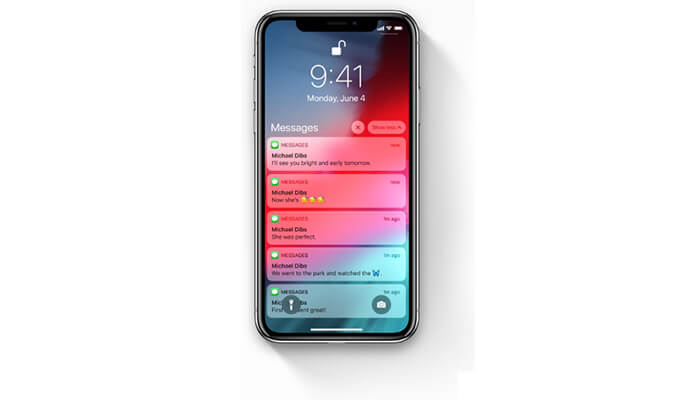 Siri also makes intelligent suggestions about your alerts based on how you interact with them. And message threads and notification topics are grouped together, so it’s easier to see what’s important at a glance.

iOS 12 gives you more ways to manage your notifications than ever, but there are times when you don’t want to be disrupted by any alerts, messages, or calls at all. Thus, now you can set “Do Not Disturb” feature just for a meeting or while you’re at a location, and it will automatically turn off as soon as your event ends or you leave that place. 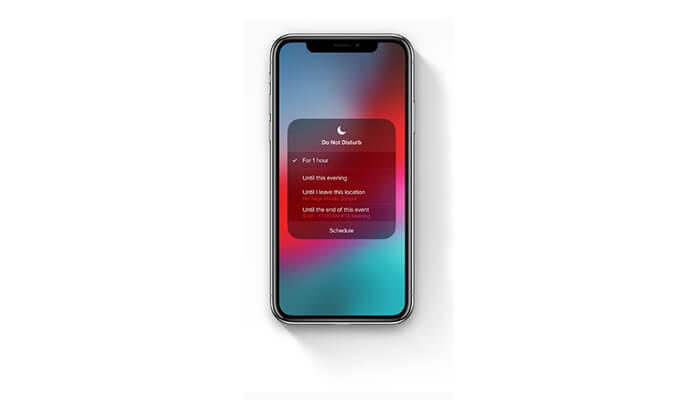 The new “For You” tab feature will show you great moments from your photo library and intelligently suggests sharing photos with the people in them. And if the recipients are using iOS 12, they’ll be prompted to share their photos from the event with you, too. Now, that’s amazing. 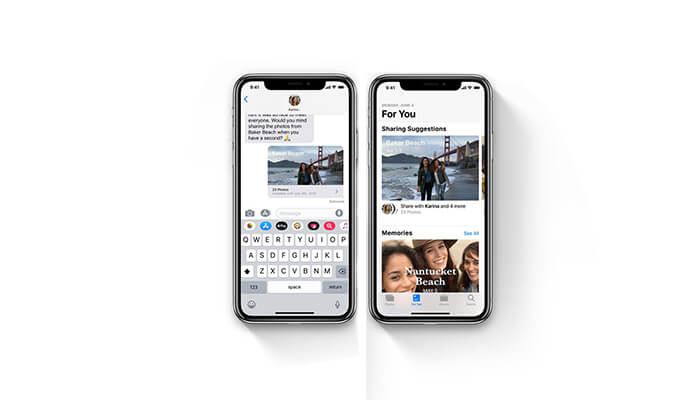 Then there is an alteration in the search in Photos as well. Search suggestions are a new way to help you find the exact photo you’re looking for or rediscover a great one you forgot about. Even before you start typing, you’ll see suggestions for recent events, people, and places. And as you type, the results are smarter and more powerful, and you can refine them by adding multiple keywords. 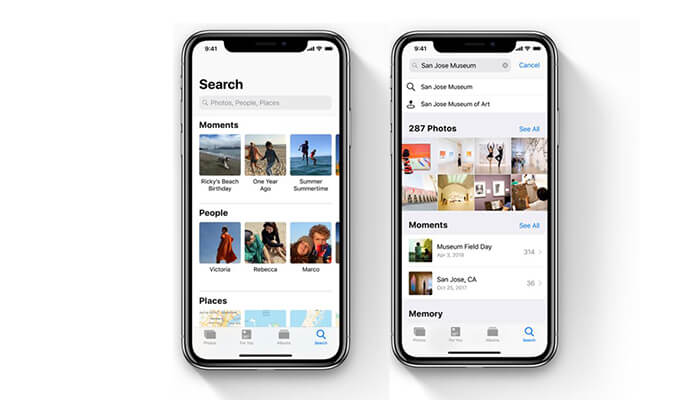 Siri can now intelligently pair your daily routines with third-party apps to suggest convenient shortcuts right when you need them. So if you typically pick up a coffee on the way to work, Siri will learn your routine and suggest when to place your order from the Lock screen. You can also run shortcuts with your voice or create your own with the new Shortcuts app. 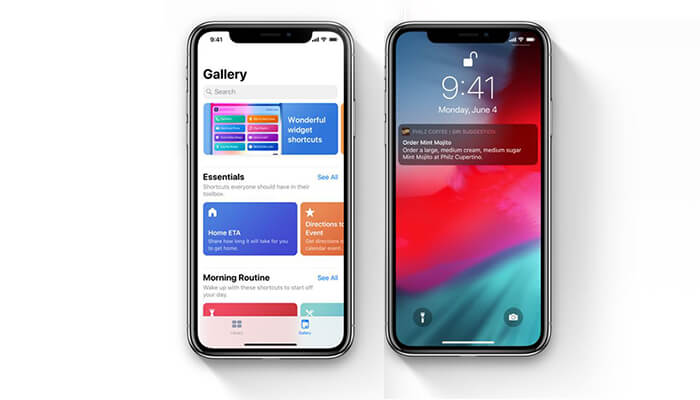 iOS 12 promises to protect your privacy in a better way. Apple firmly believes in privacy, which is why iOS has always been designed with features like built-in encryption, on-device intelligence, and other tools that let you share what you want on your terms. And with iOS 12, they have taken privacy even further. Safari now prevents Share buttons and comment widgets on web pages from tracking you without your permission. Safari also prevents advertisers from collecting your device’s unique characteristics, so they can’t identify your Apple device or retarget ads to you across the web. 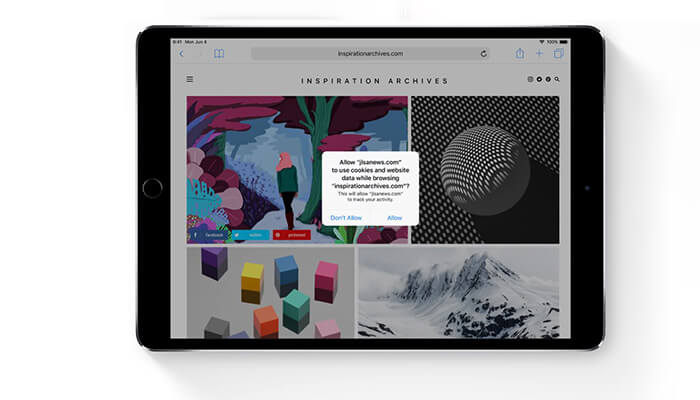 Following are the additional improvements that Apple has infused in iOS 12.1:

No doubt, Apple must be busy with the iOS 12 launch but as we almost know about the sprouting of the new version, iOS 13 will be the focal point for the developer community.

If we talk about the rumors, Apple is getting ready for 2019 to unveil the next version of its operating system, iOS 13. Some reports suggest that a handful of features have been taken out of iOS update to better test them before implementing. Of course, Apple doesn’t wish to make any goof-ups. As it will give ample time for stability improvements and bug fixes

In one of its tweet, Mark Gurman, the Bloomberg reporter, claims about a new feature known as 'Yukon', the codename for the 2019 update. Other than this, the home screen will be tweaked, the inclusion of tabs in apps, two screens of the same app side by side, updates related to the Apple Pencil, and much more.

Somewhat. iOS 13 “Yukon” will have a big iPad-focused feature upgrade as well, including an updated Files app. some other things in the works are tabs in apps like in MacOS, same app side by side, Apple Pencil stuff. The home screen redesign is iPad focused.

That was all about iOS 12 but, Apple might instill some additional features to woo the people with new updates. Let’s expect the unexpected features from Apple.

For more updates on Apple and iOS, stay with us and we promise to bring you the latest updates of the mobile app industry.

NEXT A Complete Guide To Change The App Store Country

In a recent war of words, Donald Trump, the President of the United States has accused Google of rigging the search results for news about him and his administration. The results are more towards liberal media outlets and too few "Republic/Conservative & Fair Media" sites. To these all