With the new system, WhatsApp is also planning to improve end-to-end encryption 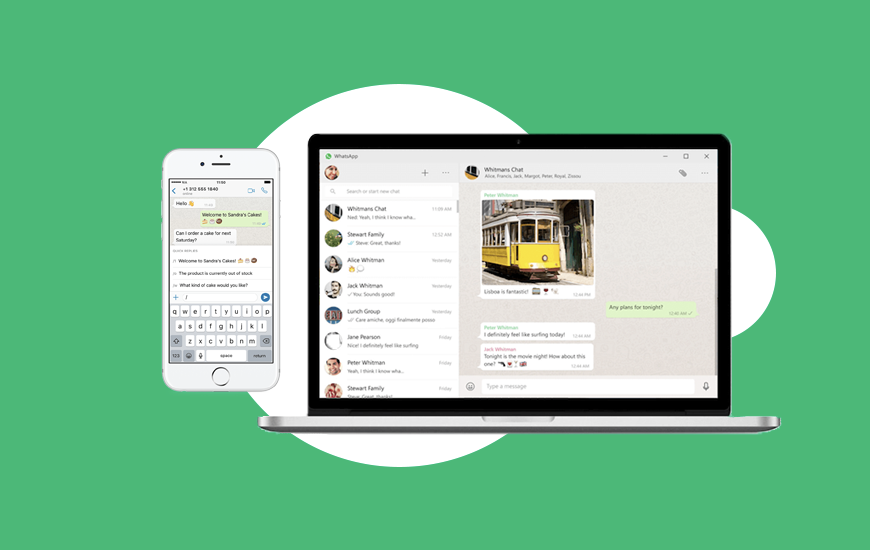 As per recent reports, WhatsApp is working on a new update that will enable the users to use the app on multiple smartphones and devices.

According to the reliable source, WABetaInfo, The latest update for WhatsApp will turn it into a new multi-platform system known as Universal Windows Platform (UWP). Through the new system, users will be able to use the popular messaging app on their desktop without needing internet on their smartphones.

It's no longer a rumor, it's confirmed.
You will be able to use your WhatsApp account on a lot of devices!

It includes WhatsApp for Windows (UWP, when available), so you can use WhatsApp on your PC if your phone has no connection.
iPhone/Android and iPadOS included https://t.co/PgNZTnOxlj

In addition, it will allow users to easily switch between their iPad,Windows computer and smartphone.

For starters, WhatsApp Web app, is used for accessing WhatsApp through the browser. To run Whatsapp for desktops. Currently, you just need to scan the QR code present on web.whatsapp.com that you will allow to send and receive messages just like on your smartphone. But there is one major requirement i.e. your smartphone should be connected to the internet as well.

What Will WhatsApp New Update Mean For You?

The new upgrade will make Whatsapp work like other popular messaging apps such as Facebook and Snapchat, where you can log-in on multiple devices using the same credentials. Check out the below points to know what does the new WhatsApp Multi-Platform System will bring for us:

The Facebook-owned company is also planning to roll out several new features. The features that are currently in the testing period includes:

WhatsApp has not revealed anything about unreleased features. The last major upgrade of Whatsapp was released in July last year, Since then, the company did not reveal any major update. But according to reports, it is expected that the Whatsapp is going to roll out the huge update in the next version of the app named as 2.19.80.

For WhatsApp latest news and updates stay tuned to MobileAppDaily.