The jump in the mobile app business has led to the discovery of DevOps. 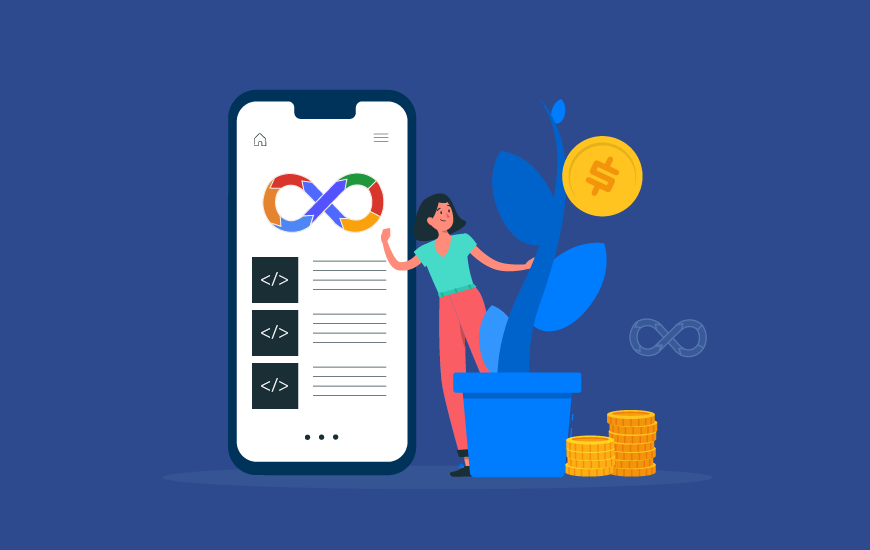 From magnetic cards to the cloud, it has been a long and speedy journey of the IT revolution. Software development went through the different phases, where it’s directed towards making things easier and affirmative for the prospective steps.

The Android platform came as the top gear for the custom software development industry, which took it to the world of innovative and powerful tools.

The replacement of the web application with the mobile apps was hit by the trends which although make a negative feedback story for the apps.

According to data, 90 percent of the apps installed by the user loses the engagement within three months of use while the charm of the app starts fading away from the second month. This fact may perturb the developers at once, but in the long run, it showed the efficacy in the form of rapid development tools.

The time started demanding the quick launch of the application, which brought the development and operations together on the same platform for website development companies. This gave birth to DevOps.

A Short Overview of DevOps

Not so old concept of DevOps is aimed at breaking the silos between Development and Operational team, which cleared the path for the speedy delivery of the applications.

A good mobile app development company believes in the continuous delivery and senses it the first and prior most requirement of the imperative economy.

DevOps leverages the transparent communication and collaboration between two crucial wheels of development with feature-rich experience for developers and negligible downtime.

DevOps brings no new set of tools, but it unlocks the potential of competitive advantage with increased collaboration. In fact, DevOps is aimed at automating the process, earlier, which used to be manually carried forward. 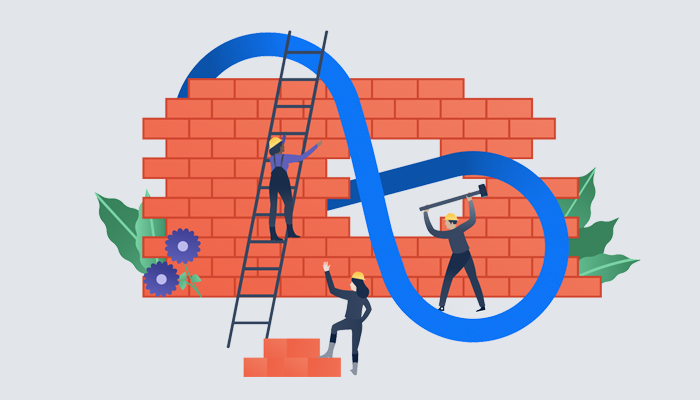 The businesses aim at bringing the affirmative change in existing tools where the glitches are assessed through the implementation of uneven production demands. It gives rise to the seamless interaction with innovative tools, and developers put them over real-world situations for testing and validating the efficacy of solutions.

Why Is DevOps Favorable Choice for Mobile App Development Companies?

The facts discussed above support the fast development, deployment, and delivery of the applications. There has been an ever-increasing pressure over developers for better user experience and seamless integration of the apps.

The advancement in technology and increased demands for machine-to-machine interaction put the legitimate reason for the tools, which demands little to no human interaction while maintaining the constant communication between development and operation team.

DevOps completes the requirement and copes up with the increase in pressure for rapid and secure development. The collaboration between Development and Operations unlocks the potential and competitive advantage.

How The DevOps Help Economy?

DevOps is not new. More than 80 percent of the website development companies responded that they have adopted DevOps up to an extent, but it is more or less limited to the silos rather been implemented over the functions.

The businesses, who fully embrace the DevOps, tend to extract far more benefits but there are some obstacles, which prevents the user from complete adoptions such as budget constraints, lack of knowledge/strategy and security problems.

How Does DevOps Impact?

The shift from the basic to the more advanced DevOps adoption comes with better key performance indicators and business growth. The optimized technology results in a 30 percent increase in customer satisfaction through the one-third improvement in the time and quality of the app.

The full integration clearly increases the prowess of the tools and stretches the output to the broad spectrum of benefits with the successful digital transformation.

The benefits are not just bound inside the financial boundaries but go beyond with increase credibility and better time management, turning into better strategies, which lead towards the high Return of investment.

The development and operation department can easily maneuver the strategies with cross skilling and collaborative working.

The shift from the existing format to the new one always takes a load of effort and management. However, the top-down commitment with the transparency and collaboration between team members results in the impeccable and light-paced production.

Faster the production is, the better the user response would be. Early feedback to the development team improves CDD integration.

Leaving one technology, which suits you best, is no option, instead, you must focus over the increases ROI which only possible when integrated wisely to the current system.

PREVIOUS Google Stadia vs. Apple Arcade: Which Is Better?

NEXT How User Behavior Impacts E-Commerce Mobile Apps in 2021

A Digital Transformation Guide to Change Business Fortune in 2021

What is Digital Transformation (DX)? So what does digital transformation mean? As the one liner goes - It is the tactful deployment of new age technology to create user-centric products that gets everybody hooked to your brand. Today, business owners have sufficient tools

Which Approach Is Best For Your Project in 2021: Waterfall Vs Agile Methodology?

From the initial R&D phase to the final launching stage, there are hundreds of things that simultaneously occur while building a project. And one of the major decisions that need to be taken care of even before the actual development is what approach to use?And that's exactly what we wil