Expected to reach $1.7 trillion by the end of this year, the global IoT market will witness key innovations 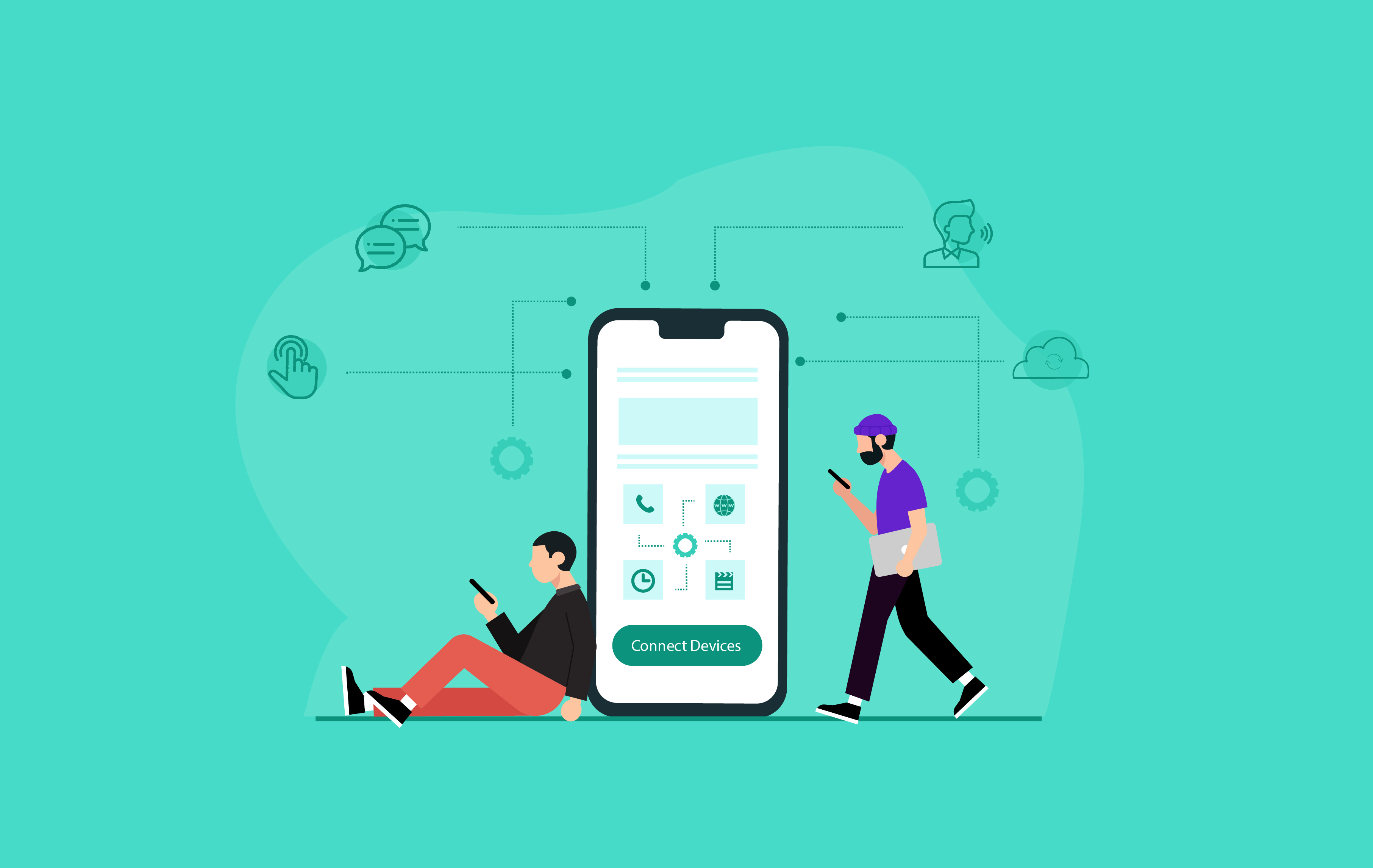 Forbes estimates that while Internet of Things (IoT) will be a $ 520 billion industry by 2021, connected devices are not yet ready to go fully mainstream. The major argument is that most smart IoT products, especially within the consumer segment, demonstrate limited cognitive capabilities and fail to provide significant value beyond remote control. In most cases, it’s enabled through mobile apps.

In this article, we’ll zoom in on the alternatives to mobile applications as the primary medium for user-device interactions, and identify future trends in IoT user interface design.

What’s Smart About Pairing a Connected Device to a Mobile App?

As of now, close to 90% of consumer electronics products marketed as “intelligent” simply gather sensor data, which is then transferred to the cloud and visualized in a mobile app.

Let’s take an example of the Smart Home systems. After a hectic day, you curl up on the sofa to binge-watch a Netflix show. You want to dim the lights in the living room, so you open your connected switch app, wait for it to load, and adjust the settings. By the time you’re done with this, you’ll miss half of the program.

In another universe, your Smart Home system would know you prefer to watch TV in a darkened room and automatically adjust the switch by the time you come home.

Thus, the IoT user interface is no interface at all: a connected device should anticipate user needs and eliminate the interactions with a device. To accomplish the feat, the gadget should automate the complex manual configuration and be capable of independent decision-making. Here comes the role of Artificial Intelligence.

Exploring the Alternatives to Mobile-driven IoT

The following are some of the other options that seem fit for mobile-driven IoT device management platforms:

The voice recognition technology allows users to orchestrate IoT devices by issuing voice commands. To execute the task, a smart assistant should:

Although the accuracy of popular smart assistants is now on par with that of humans, speech recognition software often relies on specific terminology and fails to distinguish between homonyms. Furthermore, it is impossible to add Siri, Alexa, Google, or a custom speech recognition program to an IT system unless it features a voice input device.

The lack of situational awareness, as well as weird concepts of trust, undermine the future of voice interfaces, too.

“Siri can easily book you a flight — but you’ll probably spend three hours cross-checking whether it chose the cheapest one.”

Basically, this means sensor data is sent back and forth between the cloud and a smart device. Considering the rising cloud server costs, possible connectivity issues, and the proliferation of scenarios where lower latency (the period of time between when sensor data is transferred to the cloud, and a proper command is sent to the gadget) is required, relocating data analytics closer to the edge of a network is inevitable.

The examples of smart systems capable of local data processing include:

Similar to the 1st generation iPhone that introduced the touchscreen and changed the way we interact with technology, Pixel 4 (set for an October release) is expected to send the world into a frenzy.

Thanks to the Soli chip — a tiny board that incorporates a powerful sensor for human motion tracking. The smartphone will respond to a series of simple gesture interactions such as a wave of the hand, so users won’t need to touch the screen to unlock the phone or shuffle music.

However, Google is not the first company to experiment with touchless interfaces. There are haptic gloves that offer unprecedented flexibility in Virtual Reality. Spark, a petite drone released by DJI two years ago, turns to computer vision to interpret pilot gestures.

The technology has even made it to in-vehicle infotainment systems. Both BMW and Mercedes-Benz allow drivers to control dome lighting, accept phone calls, and adjust the stereo volume by making specific hand gestures.

It’s only a matter of time before the gesture recognition technology will invade every consumer-facing device on the market — and bring user experience to the next level. Particularly, gesture controls could be a welcome addition to Augmented Reality solutions for remote service and employee training.

The Future of IoT is App-less, but We’re Not There Yet

Mobile app solutions will by no means fall off IoT developers’ radar. At the end of the day, the Internet of Things is simply a database, and we need familiar interfaces to manage the information.

There are numerous IoT use cases where data visualization and, specifically, access to historical sensor data presented in a meaningful and understandable way, come to the forefront. These include assisted ambient living devices, retail proximity solutions based on beacons, and wearable gadgets with a low memory footprint and limited screen space.

In some cases, however, it is possible to minimize user interactions with IoT systems, and thus introduce a new level of convenience. With the powerful processors like Raspberry Pi 4 and pre-trained Artificial Intelligence solutions offered by Amazon, Microsoft, and Google, adding smart device management capabilities to a connected product is no longer an option. And it's the next step in the Internet of Things or IoT mobile app development.

IoT in Mobile App Development: How to Leverage it in Your Business [2021]

You don’t want to lag behind your competition and feel ready to jump on the IoT bandwagon? You know already that a mobile app is a quasi indispensable in building a connected ecosystem, but don’t know how to leverage its power? We have collected some tips on how a mobile app layer of sma