It is estimated that by 2022, there will be an increase of 22 percent in jobs for app developers 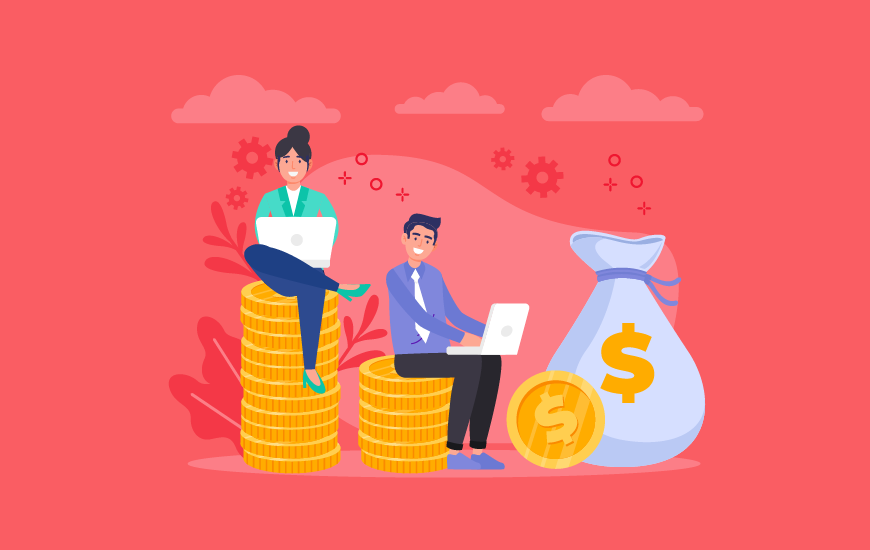 The web and mobile app developers are the ones who are responsible for building application solutions and web-based software as per the requirements of different industry verticals. The application developers are considered to be a crucial element in the entire process of turning an app idea into an app reality.

So, if you are an app developer or planning to choose mobile application development as a career, then it would be a better idea to know about the latest updates for app developer salary. That's why we are to provide you with valuable insights regarding the app developer income and the factors that affect the salaries of Android and iOS developers.

A few years back in 2011, the average salary of a skilled software app developer was approximately $89,200, and since then the overall ecosystem of mobile app development has changed drastically.

Now, factors like the total experience of the developer, person's certifications, location as well as the app development company contribute to the question of 'how much do app developers make'?

Apart from the statistics mentioned above regarding the varying pay scales of app development professionals. Let’s have a look at the average salaries of software developers worldwide in the year 2017 as per their different roles in an app development organization. 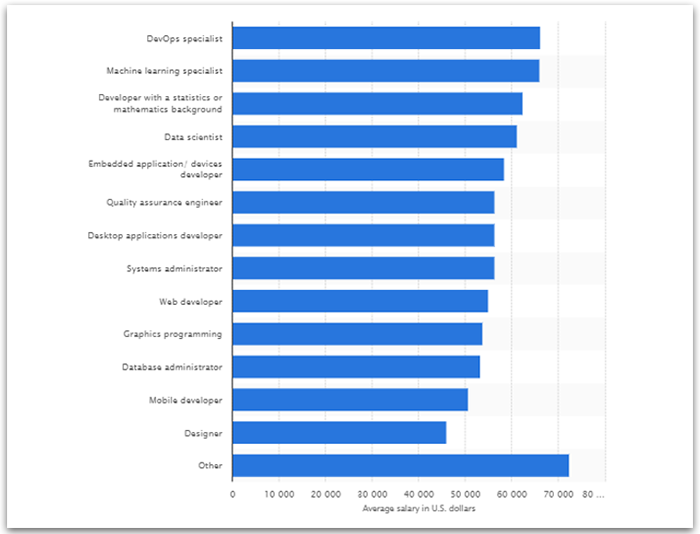 The first part of an app developer's job is to build apps which include different categories such as gaming apps, word-processing apps, etc. These applications can be further used on devices like desktops, smartphones, tablets, and even smart TVs. If you look at the current state of the iOS and Android app stores, there you will find mobile apps in abundance.

This is because nowadays people are transforming these businesses with the help of digitalization; for instance, manufacturing and government sectors are also hiring mobile app developers and application development companies to get their software built. Here are the factors that contribute to the variation of a developer’s salaries:

The location of the application developer or a mobile app development company plays a critical role when it comes to finalizing the salary for a particular project. It means that the app programmer salary varies from one country to another country and this even happens on a state level.

For example, let's consider some regions and see how the mobile development salary of an individual varies as we switch from one area to another. This variation in salaries mainly seems to occur due to the ratio of demand and supply in each location.

In the case of Ohio, there were 21,470 application developers in 2008, more than twice as many as Michigan and nearly three times as many as Alabama. This resulted in median salaries in Ohio nowhere near salary leaders of regions like Massachusetts (22,300 job positions), Washington (25,000 job positions) and even New York City (26,280 job positions). 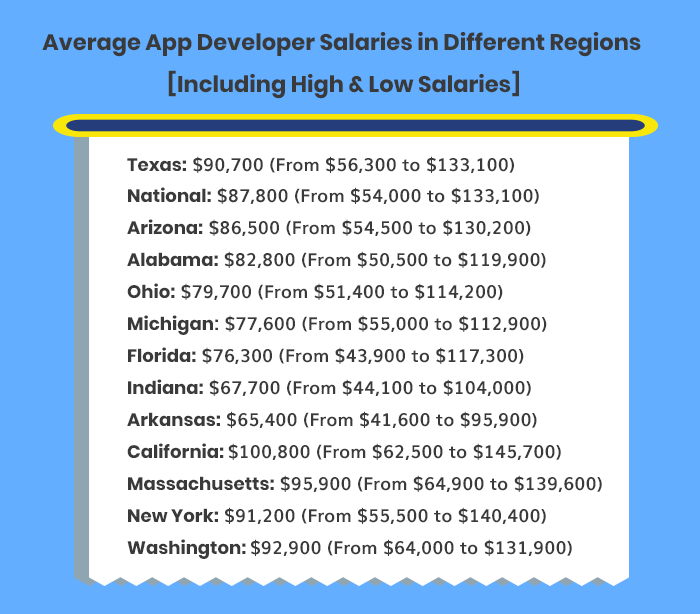 To make themselves eligible for an appropriate, mobile app developers need to fulfill some essential requirements. One of these main requirements is having a bachelor's degree in the field of computer science or any other discipline related to software engineering.

Apart from this, there are some software developer job positions that even require an additional master's degree to be eligible for the selection process. This can be explained with the simple fact that different platforms ask for different educational requirements from individuals.

The answer to questions like 'how much do app developers make a year' also depends on their total work experience in the field of app development. For instance, entry-level mobile app developer salary can range from $30,000 and $68,000 per year. Whereas, app developers with more than five years of experience on average earn from $39,000 to $77,000.

And in the case of developers with over decade-long experience, yearly income can range anywhere between $50,000 and $133,000.

In a technical field like mobile app development, certification acts as a key ingredient that can help app developers in giving a boost to their salaries. Some examples of certifications are Microsoft Certified Technology Specialists (MCTS) tend to earn between $50,000 and $72,000, Microsoft Certified Application Developers typically earn between $64,000 and $93,000.

And on the other hand, the app developers with Microsoft Certified Professionals (MCP) represent both the lowest as well as the highest paid application developers whose payscale ranges between $43,000 and $126,000 per annum. 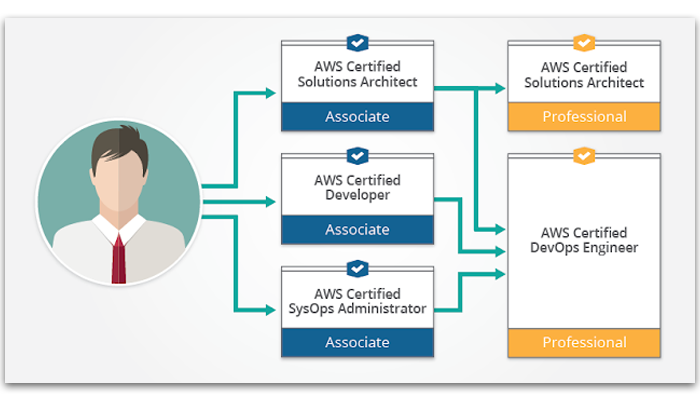 The above image shows the different types of AWS (Amazon Web Services) certifications that are available in the market.

Apart from Microsoft certifications, there are other certifications like Sun Certified Java Programmers (SCJP) with an approximate range of $58,000 to $93,000 and Oracle Certified Associates (OCA) that can also lead to a total income of $68,000 and $76,000 annually.

The average app developer salary is also easily varied from one company to another as different organizations offering the same set of services want to stay ahead of their competitors. In a survey conducted by Payscale for app developers, it was seen that the company J.P.Morgan paid approx. $54,000 and $107,000 for its employees.

Some developers working for these companies can make more or less, as the figures are based also on those who volunteered their income. But few small to mid-size companies pay more than $100,000 to their employees. The ones that are making over $100,000 can also be self-employed or working for companies with over 5,000 employees.

As we have already discussed the different types of factors that play a significant role in creating differences in the annual income of app developers. Now is the right time to compare the salaries of two key platforms, i.e., iOS Developer vs. Android developer salary. 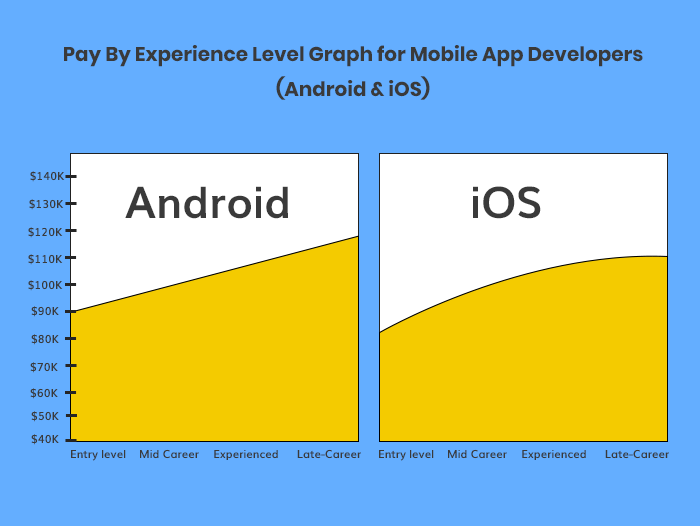 At this point, we know how much does an app developer make so let's talk about Android and Swift developer salary:

Although there are not many differences when it comes to the income of android app developer to that of iOS which also indicates the way how the development platforms have matures together in a combined mobile ecosystem.

Here, USA comes forward at the top position with an hourly rate of $165, on the other hand, India can be stated as the most affordable location for Android app development with a rate of $25/hr.

We have also tried to cover these differences between Android app development and iOS app development platform in some of our previous articles like 'Android Vs. iOS: The Debate Is Over?' The primary reason behind Android's higher hourly rate in comparison to iOS can be potentially required to develop an app on the platforms its fragmentation.

When it comes to mobile developer salaries, the iOS app developers slightly lack behind the Android application developers in their yearly income. The prime rate location can be referred to as North America with an average of $150 per hour while Indonesia is a place that can offer you an hourly rate of $10 for iOS application development.

The below graph showcases the average ios vs. android developer salary while providing a glimpse of the average app revenue of the developer as per the different location. 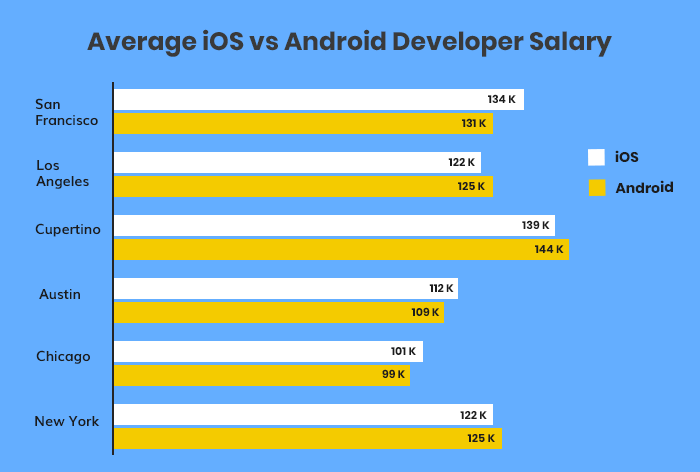 Both Android and iOS apps are crucial as they cover a significant portion of smartphones, tablets, smartwatches, etc. To keep up with the pace, more than 20,000 jobs of software and app developers should be created each year.

With ongoing advancements in the field of technology by the adoption of emerging technologies like Artificial Intelligence (A.I.), Internet of Things (IoT), Machine Learning, etc. more professionals want to join the app development industry. Today, the total number of active mobile app developers is around 12 million, and it is estimated that by the end of 2020, app developers will cross the threshold of 14 million.

The goal here is not to rank among the highest-paid app developers but to deliver worth-mentioning services that can contribute towards answering the question of how much do app creators make.

There's no denying that the mobile ecosystem is helping in creating hundreds of jobs for app development professionals with the help of new technologies that are emerging at a faster pace. This will eventually lead to more opportunities and high demand for application developers thus increasing the overall income for developers as well.

To keep reading more such informative articles straight from the mobile app industry, make sure you click on that ‘Subscribe’ button.

PREVIOUS Deliveroo Eyes News Funding To Help It With $4B Valuation

NEXT Everything About The App Promotion Summit Berlin 2018

What is the first thing that you think about before starting a Web or Mobile App Development project?Choosing the Programming Language for the project, right!So, if you are someone who is going to start their own iOS development project soon and don't know which language to select for th

API or Application Programming Interface is a secure development environment that allows users to plan, create, and make needful changes. API design software helps in handling the pre-production management of APIs by enabling developers to ideate, set guidelines, and build an API under one dashboard

How to Add Value to Mobile App Development Process in 2021

Nowadays it's all about mobile apps, it doesn't matter what age group we belong to because there are apps for everyone out there. From on-demand applications like food ordering and taxi booking to features like Google Assistant and Siri that get the assigned tasks done with just a voice comm