From Marshmallow To Oreo: What Has Changed In Android?

Know the differences between Marshmallow, Nougat, and Oreo Android updates 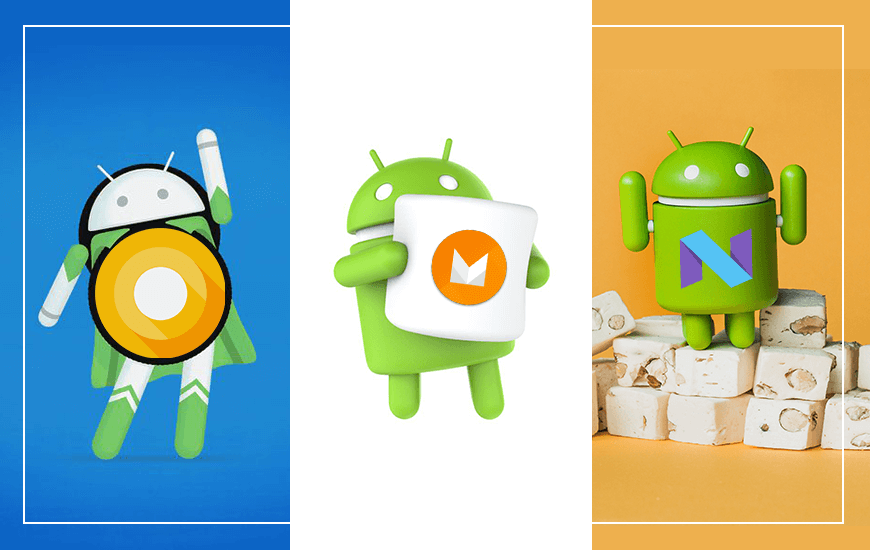 And today, in this article we will be talking about the Android operating system in detail. As you might be well aware of the fact that Google is the organization behind android and all its products including Nexus smartphones. The pattern of Google's yearly OS releases consists of an Annual Developer Conference that is held mainly in the month of May and June.

Once Google showcases their latest mobile operating system in their yearly event then after approximately 5 or 6 months that Android OS update is released for the public to experience. This released version is the final product which is stable and features all the facilities that were announced in the annual developer conference.

But from the last few years, Google is coming forward with great efforts to make this process more transparent with the public by offering them the beta testing facility. Now, with the new beta testing option many tech enthusiasts and Android application developers can now actively participate in the improvement process. Here, they can help Google by reporting the bugs encountered in the version update.

According to many experts, it has been stated that Android has mostly evolved in the last four years, so that is exactly what we will be doing here. Let's dive deep into three significant android operating system updates that contributed to change the game. These three Android OS versions are:

As mentioned above, we will be further comparing all of these Android OS updates i.e. Marshmallow, Nougat, and Oreo with respect to some prominent factors.

The 6.0 version of the open source Android mobile operating system is codenamed as Android Marshmallow, it first made its debut at the Google I/O Developer Conference held in the month of May in 2015. The Android M was the successor to the previous version of Android 5.0 i.e. Android Lollipop.

The Marshmallow update is known to redefine and also enhance the Material Design UI (User Interface) which was released in the Lollipop update. It also introduced the 'Now on Tap' functionality that gave app developers the opportunity to add the 'Google Now' access into Android applications.

The primary aim of Marshmallow was to improve the overall experience of the users of the Lollipop OS update.

Android Nougat was released towards the end of the year 2016 as the ultimate successor to the Marshmallow a.k.a 6.0 OS update. Initially, Nougat version was referred to as the Android N or 7.0 release but later the codename was changed to match the sweet dessert oriented them that the company has been following for almost a decade.

One of the most effective as well as efficient features that were released in Nougat was that of splitting the screen. The 'Slip Screen' option enabled the user to multi-task with ease. While developing the Nougat version, Google specifically focusing on improving the performance of the mobile operating system along with the graphics section.

Right now, Android Oreo is the biggest operating system version that is rolling out to hundreds of thousands of smart devices including mobile phones and tablets. Oreo is the successor to the Nougat update and was released along with Google's two new smartphones: Pixel 2 and Pixel 2 XL.

Oreo is the 8.0 release and as per the Google's annual event introduction of Oreo OS update. This version was all about 'Vitals' and 'Fluid Experiences', meaning that Oreo users will certainly experience a better flow and overlapping of elements on the screens.

Fun Fact - Oreo is the second version Android for which Google has officially partnered with a particular dessert-themed brand after teaming up with KitKat for one of their earlier versions. 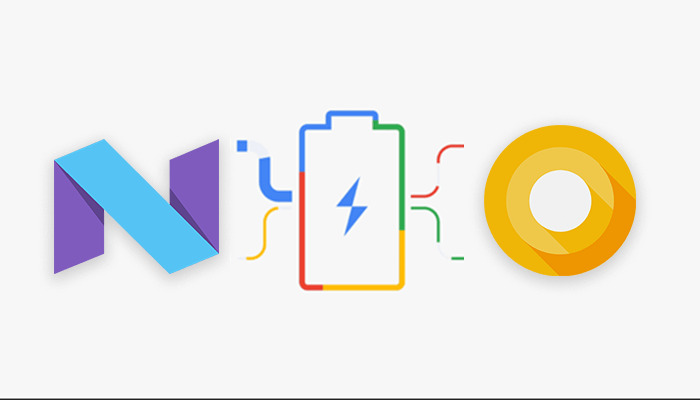 Oreo introduced the feature of 'Notification Channels' to deal with an issue regarding notifications in Nougat. For example, if a user disabled notifications for an app then all notifications will be blocked from the particular application. But with Android Oreo, the user is allowed to disable individual notification channels. The main motive behind this feature was to save the end-user from getting spammed by the continuous notifications but also at the time won't make them miss any crucial notification.

This enhancement in notifications is somewhat similar to the snooze feature because you can directly snooze a notification and temporarily dismiss it. The snoozing functionality will send the same notification to them as a reminder after some time.

There's no denying of the fact that Android has been named as an operating system that hogs the battery from the device. But now Google has decided to remove this tag from their OS by providing a great battery life to Oreo. Although, this isn't the first time that the company has addressed this issue; changes in the battery are being made since the days of Lollipop. But with Android Oreo, Google has made a significant impact on the battery performance.

'Doze' is the feature that was introduced in the Marshmallow release where the mobile device goes into a deep sleep mode, in order to conserve the battery. Even though Nougat added a couple of features related to Doze, but Oreo took it a step ahead by implementing a limitation on processes that are running in the background.

Another significant change that was noticed right away by the users was the multitasking support or we can say multi-window support. Oreo provided an upgraded 'Split Screen' option as a user-friendly change to the Android operating system. Along with this, Oreo also introduced the picture-in-picture mode.

With Android Nougat, people came to know about the multitasking techniques which can give a boost to their level of efficiency but with the latest version, another layer of functionality was added on top of the previous one. This was when the option to split the screen came into action.

The option of AutoFill is one of the user-friendly changes that were made by Oreo OS update. The entire purpose of these changes was to enrich the user experience on the Android platform. The AutoFill option was available on only Chrome before Oreo made it official. With this feature, password managers like LastPass and 1Password can automatically fill in the user's passwords without any manual help.

Other user-friendly features like multi-window mode and picture-in-picture mode enable the video calling apps, as well as, video playing apps to lay there content (video) over an already existing application, thus allowing the user to multi-task at the same time. 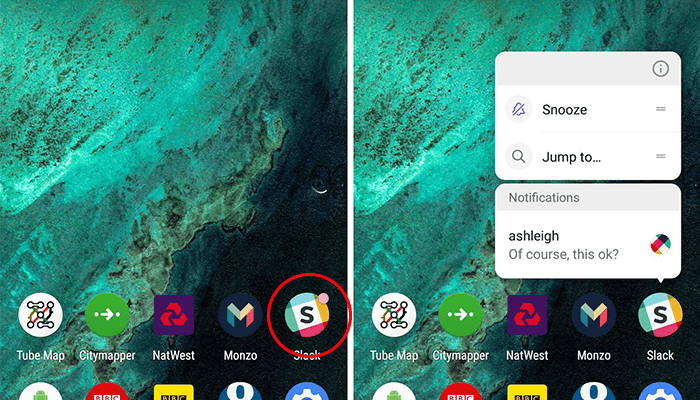 In short, the notification alerts from a single app will be treated as a small bundle of pop-up notifications in Nougat. The user can then reply to those notifications as per his/her needs and this facility was not available in Marshmallow

The battle on the battery life of android is still going on after years. As we are aware of the Doze feature that was released a few years back with Marshmallow. Doze feature was activated once the smartphone has been stationary for an appropriate amount of time. For example, features like Wi-Fi will be turned off when not used for a while.

Unlike Marshmallow, Nougat was the one that refined the feature of Doze as it can activate itself when the screen of the device is off. To make a huge difference in improving battery life Nougat disable your cell network access.

Aesthetics was one of the most important features that made Nougat stand out from the crowd. Some of these aesthetic changes were the multitasking ability and RCB settings adjustments. This update gave the users the facility of screen splitting and to switch from one app to another app with ease.

It’s true that Marshmallow did support multi-window feature but not up to the extent that was needed by the end-users.

To be very honest, in my option Nougat update was the one that bought many great functionalities into action but with Oreo, all those new changes were further polished. And the end result was much better User Experience in terms of efficiency and ease of use!

We haven't covered Android P yet in this article because that wouldn't do justice to this latest operating system update and its features. The talks of Android P is surely making rounds around the town but don't worry we will be covering it up soon and in a detailed manner.

We hope that with the help of this comparison study between Marshmallow, Nougat, and Oreo many of your doubts have been cleared regarding the topics. And soon we will be back with another comparison related to the latest mobile operating system release.

PREVIOUS How Much Can You Earn From Your Mobile App?

Today, starting an app development company is something that has become quite common over the years. Even though there are hundreds and thousands of active web and mobile application development companies around the world, the process of picking the right one can still tend to be risky sometimes.&nb