An effort to predict the cryptocurrency winner 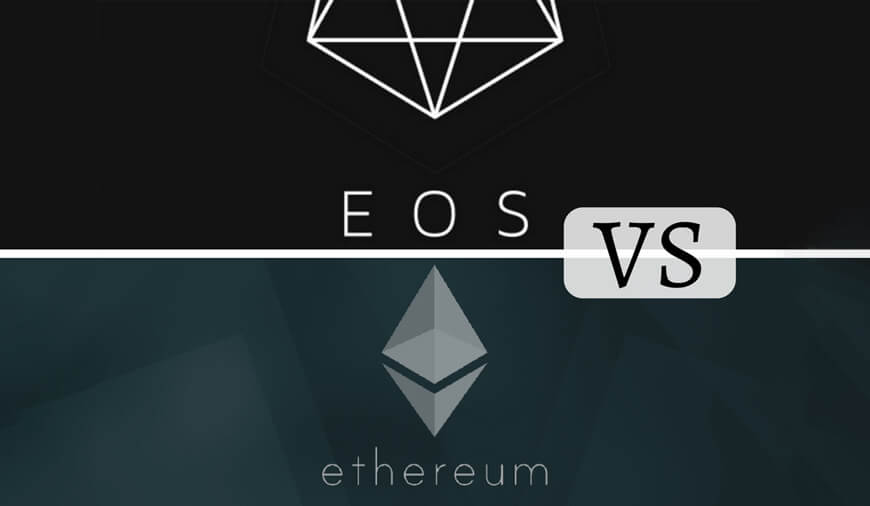 Cryptocurrencies have a history of their own. They follow a decentralized transaction and eliminate the intermediaries that very often become a part of any financial transaction. Well, I am not here to brag about what cryptocurrencies do but to hold your attention on an even more exciting topic, EOS vs. Ethereum.

All those intellectuals holding immense knowledge on Blockchain architect would claim that statement to be accurate and to all those who are not much aware of these innovative smart contracts here am I to pour the hint.

Unlike Ethereum, the open-source blockchain-based distributed computing platform, EOS is comparatively new and is known to be another prominent cryptocurrency token. Why am I talking specifically about these only leaving behind all other popular cryptocurrencies? Because the battle here is all about EOS vs. Ethereum.

It’s hardly been a few months since EOS was launched. And the new cryptocurrency is referred to as the very first legitimate competitor from Ethereum. That would be interesting to watch the battle between these two. That’s great too; you know competition drives innovations.

And the competition between these two smart contract platforms holds all the potential to push hard the boundaries of scalability. It may foster a solution that could bring up a more interesting product than EOS or Ethereum or maybe could offer the solution for consumer-grade blockchain adoption.

EOS vs. Ethereum: The Basic Difference

EOS, the smart contract is referred to as the biggest competition to Ethereum in the blockchain ecosystem. It is the new “operating system” for decentralized apps. The platform works on delegated proof of stake (DPoS) mechanism. The system seems more centralized (features 21 block producers rather than having infinite miners as proof of work mode) if we typically talk about a network that is scalable and faster.

The platform was announced at Consensus 2017. It is a full-stack platform, and there is no transaction fee involved in it. That is why the platform is seen as the competition against Ethereum.

This smart contract war is much similar to that of OS that started in between the two most prominent operating systems, Android, and iOS. Well, there is no winner in the last, and the case seems to be the same as EOS and Ethereum.

They both have similarities and a few elements that may or may not bound their supremacy ahead of others. Major players in this category are Cardano, NEO, and Stellar besides the two I am writing about.

Moreover, Ethereum developers are still struggling to develop consumer-grade applications that could scale up quickly. It is a concern for the entire blockchain industry. And the big factors that could play the role include miners, crooks, and speculators.

Talking about the developments right now in this landscape, there is nothing bright happening in this blockchain-based platform.

How Can Ethereum Help in The Development of Applications?

The platform is mainly supposed to play a supporting role in the applications. But if we look at the stats, it’s only 10% of transaction that is coming on the networks from the Ethereum-based top 100 apps.

Talking about the other 90%, the transaction is coming from ICOs and payments. However, we can expect the next few months to be critical for the development of impressive Ethereum-based blockchain apps. Some of the major applications including Golem, Augur, and Mana, are launching on the Ethereum platform.

Since EOS has already launched and it has some of the impressive dApps (decentralized app) under development, it may possibly handle 1000-6000 transactions per second easily. The ongoing development is believed to perform economic tradeoffs to get validated. The consumers love more about the performance than they care about other things.

Many companies are contributing to the EOS app development and Block.One is prominent to offer similar services. The company develops open-source software. It has recently announced that they would be developing EOS.io to release the software soon for the related community.

Let’s talk more about both the smart contracts on the grounds of the following elements:

EOS offers transaction throughput of about 6000 transactions per second. It provides the required speed to the developers to develop consumer-grade apps in the blockchain ecosystem.

The crypto monitoring policy makes it critical to pay a minimal cost to secure a network. But the case with Ethereum is a bit different. The variable network fee on every transaction is paid by converting ether into variables to pay for the same. These transactions are paid directly by transacting parties, i.e., by the users.

In the case of EOS, the fee to network security is done through inflation. This states that the fee is paid by token holders rather than the end-users.

EOS has many features that users would love to see on such a platform. Some of these features include human-readable usernames and account/password recovery.

A string of numbers and letters does the representation of Ethereum accounts. It's for any customer who comes from a non-technical background becomes a bit difficult to grab on in the very first attempt.

EOS gives the option to the users to make a suitable username and then send money to that publically generated address. It is an excellent step in the protocol layer. Also, this smart contract has the first application that is built with a process of account recovery at protocol level only.

EOS has a community-written constitution, and that is one thing that separates it from other such platforms. This concept paves the way for peer-to-peer terms of services. While the project is still in the phase of social experimenting. So, there are fair chances that it could fail. But it is a novel approach that could contribute specifically.

Many market analysts who are very actively following token model architects have their different opinions on the topic. Most of them have shared the thought that they would like to get a reason to invest in tokens. It should be more than speculation.

Let’s take the example of Ethereum’s existing smart contract platform wherein user token is used to pay the network fee. But the transaction is subjected to velocity problems. This creates a problem in the form of token value not appreciating in line with network adoption.

The peer-to-peer blockchain-based architect creates some of the problems that several industry leaders are facing presently. Filecoin, LBRY, Storj, and Sia are some of the platforms that have similar problems. Let’s take the example of Filecoin.

On Sept. 2017, it was the largest ICO ever having $250million. EOS has a different model than this. Users can stake their EOS tokens as perpetual storage. The development process for the same is different too as it is developed directly into the protocol instead of any third-party where users must have the utility token for the ease of payments.

From all of this analysis, we get to know that EOS has a long way to go to take over Ethereum. Ethereum, on the other hand, has already started establishing and this is a reason why investors are liking it more than ever.

However, Ethereum needs to innovate. It needs to offer fundamental tradeoff that could allow entrepreneurs to contribute more on this platform. Consumer-grade applications are another thing that developers need to focus more than ever now.

While this war between two cryptocurrencies is heating than ever before, it is almost impossible to declare a winner at this point. Apart from EOS and Ethereum, do check out other crypto-currencies like Dagcoin and Ripple to understand the virtual currency's ecosystem better. The market for both the smart contracts is going to change primarily, and thus it is very sooner to predict anyone as the clear winner.