Google committed a mistake with the arts and the culture app 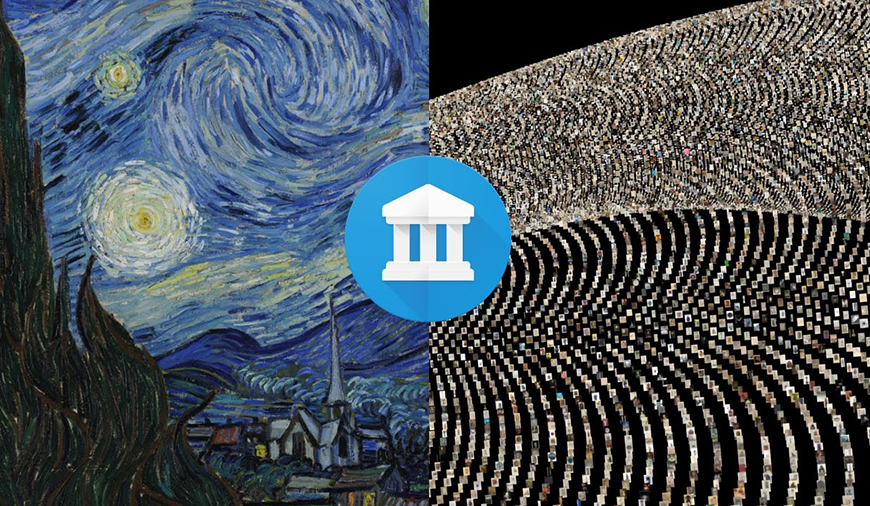 So just saw your friend’s picture against a famous art piece that you had only seen in art galleries? And, scratching your head on how it is even possible? Let me tell you, it is the magic of Google Arts and culture app. Sounds interesting? Wishing to know more about it? So here comes the detail. As like any other innovative app rolled out for Android and iPhone users equally, Google Arts and culture app is a link further to the list of amazing applications both these app stores are having.

Well, the app has been around for two years but recently it is topping the charts of the major app stores with a hard to find the feature that has just been added to the application. The app’s feature is truly amazing as it lets users take a selfie and look out into the Google database of art collections accessible on Google’s “Cultural Institute”. The app finds you a portrait much similar to your face by using the elements of artificial intelligence as well as facial recognition techniques.

Google Arts and culture app basically shows you portraits from various museums to find out the one that seems most resembling your face. The app shows you match percentage to tell how much percentage your face is resembling the portrait. It is really amazing to see the results that come along with your photographs. With this amazing features, the app has drastically topped the charts in both the app stores.

There is no doubt about the app being an amazing one owing to the superb functionality it has. However, a number of users have reported issues with the application. Some people have noticed that there is a race problem with Google Arts and culture app. What this really means is the app often matches users (having a light-skin tone) to the European white men portraits. The list of Asian portraits is also limited to Google Arts and culture app. In other cases, the app features mixed results, sometimes matching Mexican-Americans to European paintings or sometimes to the portraits of Japanese men too. There is still confusion about the algorithm the app is using to predict the results that are not 100% accurate.

Well, people are interestingly testing the abilities of the application by clicking their pictures in different modes, angles, and directions as well. Curious folks have also been researching on the factors that are contributory elements for providing the results to the users.

Besides this major issue, the app has other dangerous problems too. In case, the users click their selfies with their tongue out and try to search for a similar portrait they are not going to find any exact searches. The algorithm in the app treats the tongue as a lower lip section and will serve the results presuming the tongue as the lower lip part. The results get really funny as in most of the cases the app will only serve the portraits of Native American faces. The app completely fails to serve an actual portrait having similar traits matching to the picture.

Such problems directly point out to the inherent racial construction of visual technologies one such that Google is using to predict the results through its already popular Google Arts and culture app. It also points out towards the problem that app is using embed codes to apply color balancing in the results. Moreover, it’s actually an irony that Google’s photo algorithm ending up mixing two black people with the faces of gorillas. The race issue cannot get any worse than it. The results are just not acceptable and only show the cruel reality that is still prevailing in the society among the masses. Moreover, the humans have actually slipped to human-ness to showcase the results through visual technology too.

To be fair the Google Arts app is the culprit alone. The technological feeds are also the newest addition to the list of Google’s already amazing applications and it is another reason these apps are having problematic issues in the database. Additionally, the Google’s database collection is not vast enough to match every single picture with the minute of pixels in the place. The database is the huge collection of objects that have been included in the set of possibilities that Google can apply to find out a portrait similar to a real face.

The incident also brings the limelight to the innovative artificial intelligence and its capabilities. The AI system has a set of diverse data that it mines through when presenting the results through algorithm-generated feeds. Of course, the developers will have to mine the data minutely to serve the result but it is something that should never be done along with the elements of racism even if it is about the old historical importance portraits. The history and data activism should go alongside each other rather than correcting the problems after it gets public. In such a problem the app not only needs to have diverse portrait matching database but also a system that is more prominent in picture matching, editing, and data gathering.

PREVIOUS Bitcoin Hits Lowest In Two Months, You Know Why?

The Oreo update came up with many features and surprises for Android users but never reached a major portion of the consumers yet. Most of the Android device manufacturers failed to enroll the fully-featured Android Oreo 8.0 to all of their devices.However, HTC is among the few companies that ke