Apple is getting into the world of music with Shazam App 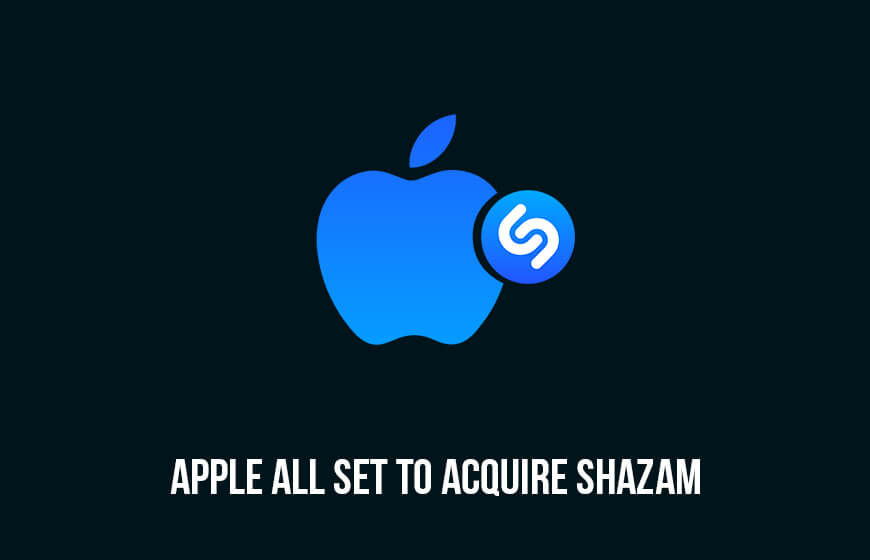 A deal is all set to get finalized between Apple and Shazam, the app that identifies the music playing around the users. Shazam not only identifies songs but also movies and TV shows from an audio clip. MobileAppDaily sources have reportedly confirmed the deal for a whopping $400 million, which shows the worth of the app for the technological giant.

For Apple, the deal will come with obvious benefits, one important being experimenting with Shazam with the company’s music and sound recognition technologies. Additionally, the technological giant, Apple will save a huge amount of money it pays as commission to Shazam for sending users to its iTunes Stores in order to buy content. The commission from Apple formed a major share of the revenue for Shazam in 2016.

An additional benefit for Apple comes as a major setback to competitors like Spotify and Google Play Music, where Shazam sends nearly 1 million clicks for a day. In case, Apple shuts down the services, it will surely hurt the revenue for the competitors. Shazam has reportedly made a deal with Snapchat; however, no official comments have been made by the music-identifying-app on this deal. Additionally, it is also not clear how the deal will affect the agreements quoted above.

The deal is absolutely going to benefit Apple as Shazam has already invested in AR or Augmented Reality. Shazam has forwarded an Augmented Reality platform for brands that were launched back in 2015. The benefit of using this technology lies in helping users scan books, magazine and even posters to convert the scanned elements either into 3D animations or 360-degree videos. The investment seems beneficial for Apple in case it wants to build its version similar to the Google lens.

When it comes to downloading rates, Shazam is a lot popular having one billion downloads. Shazam, as a part of Apple, has all the potential to increase its already expanded download numbers and the count of extended users’ count it has. Owing to this reason, the app holds every bit of potential to grow massively in the upcoming years. Among all these developments, no official comments were either made by any of these technological giants.

Kebotix, a new Artificial Intelligence i.e. AI and robotics technology company that is created for the sole purpose of promoting the future of new materials discovery. This company also recently received a $5 million funding in the initial seed round that was led by one of the well-known organizatio

Facebook acquired Instagram in 2012 and since then, Facebook is infusing some or the other element to keep Instagram relevant to the current generation and to a greater extent, the strategies have worked in their favour as well.The Instagram story is one of the trendy features and is already a b

Amazon finally brings the voice control for Alexa on iOS devices. The company has updated Alexa app for iOS devices that will allow the users to give voice commands. With the help of new feature, the iOS users can control the smart home appliances and will be able to directly ask questions to Alexa.

Tinder Tops The List of Most Popular Dating Apps

If you are single and is looking out for an ideal match, the chances are quite high that you must have heard about location-based social search mobile app, Tinder. It is the most popular dating app among Millennials than any other app. The statement is based upon one of the Piper Jaffray’s sur