Let's find out the detailed comparison between the two different visions of gaming. 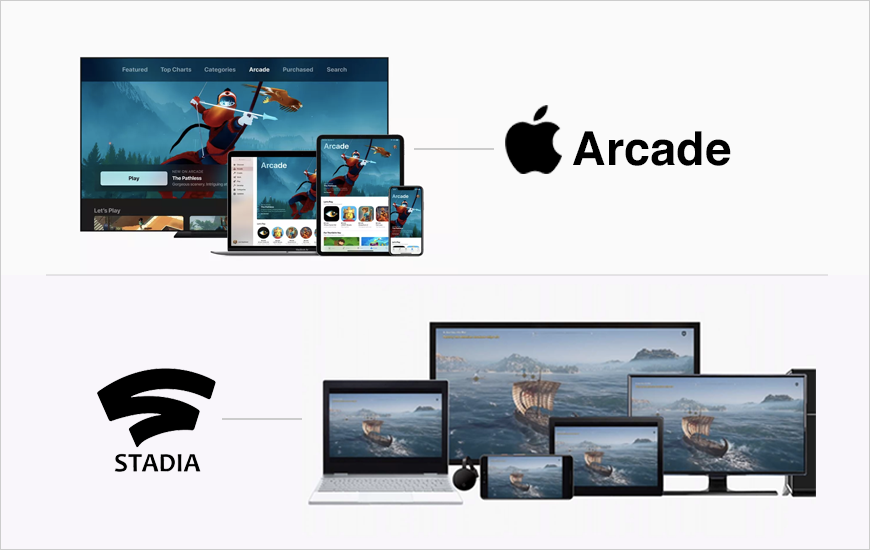 Apple Arcade games will allow you to play games on any iOS devices, including Apple TV, whereas Google wants you to stream games anywhere via its Chrome browser. Both services look quite similar to each other but if you research deeper then you will find that there are plenty of differences.

If you are thinking about which one you should choose to spend your hard earned money in the future, you will like to examine these points before making the decision to purchase.

The game lineup for Googe Stadia is still a secret. But there is one thing for sure that Bethesda’s majorly anticipated shooter Doom Eternal is arriving at the service. Assassin’s Creed, NBA 2K and Doom (2016) demonstrated on the platform during the Google Developer Conference 2019. 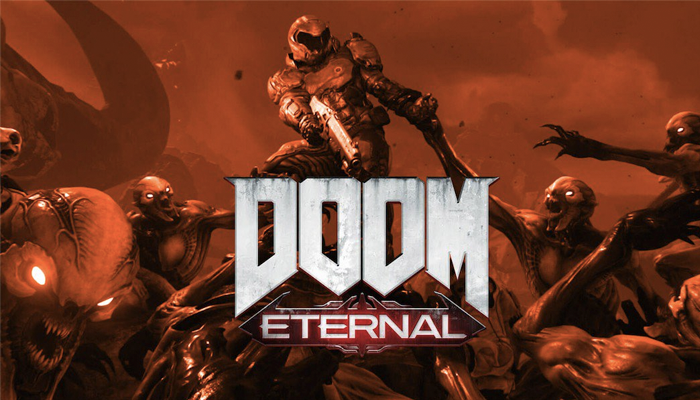 Therefore, we are likely to assume that these games will be available on Stadia as well. As per the report, Google will also release its own original games under the Stadia Games brand.

Apple stated that it will provide a collection of 100-plus exclusive and apple new games. It will consist of familiar franchises and indie experience games. As per the confirmation, the lineup will include LEGO brawls, Oceanhorn 2: Knights of the Lost Realm, Beyond a Steel Sky, The Artful Escape and Sonic Racing.

Apple also plans to invest in indie studios with the aim of bringing exclusive games to its services.

It has more advantages as via Google Stadia you can able to stream to smartphones, tablets, smart TV’s and PC’s that can run Chrome or Youtube.

Stadia will support the most modern USB controllers that also include a keyboard and a mouse. While playing via PC, Google will provide its own gamepad known as Stadia Controller. The device pairs through Wi-Fi to ensure better connectivity to your games in the cloud.

It will also carry dedicated buttons for capturing videos for YouTube and displaying Google Assistant for gaming tips.

Apple Arcade games are restricted to Mac, iOS and Apple TV devices. But Apple has one big advantage over Stadia i.e. you can play games offline by downloading them. This is very beneficial for people with weaker internet connections. With Arcade you can sync your progress even at the time of changing your device just like Stadia.

It is expected to arrive this year with only an initial launch planned in the U.S., Canada, the UK, and Europe. The pricing structure is still not revealed. There can be a single recurring fee or you will have to buy games on a lump-sum basis.

It is expected to launch in more than 150  countries this fall. The price of the Apple Arcade is yet to be finalized. However, Apple said that the entire game collection will be provided for a single monthly fee. You can also share the subscription with others via the ‘Family’ sharing feature.

So, now as per the above comparison, Google Stadia and Apple Arcade are different in vast terms. Gamers will have a totally different experience while using these services.

Apple Arcade has focused more on keeping its library stacked with small but quality enriched games. On the other hand, Stadia promises to bring big blockbuster games on any device if the user is streaming them from the cloud. Stadia's success will depend on its gaming collection and offline support.

Google Stadia is a beast for gamers who prefer console games and have better internet connectivity. If you are a gamer who prefers indie games then Apple Arcade will work wonders for you.

It is very soon to say for sure who will win this battle. But one thing that is guaranteed is a lot of excitement for game lovers.

PREVIOUS Technology Firm Proxy raises $13.6M In Series A Round

NEXT How DevOps Shaping App Business Economy in 2021?