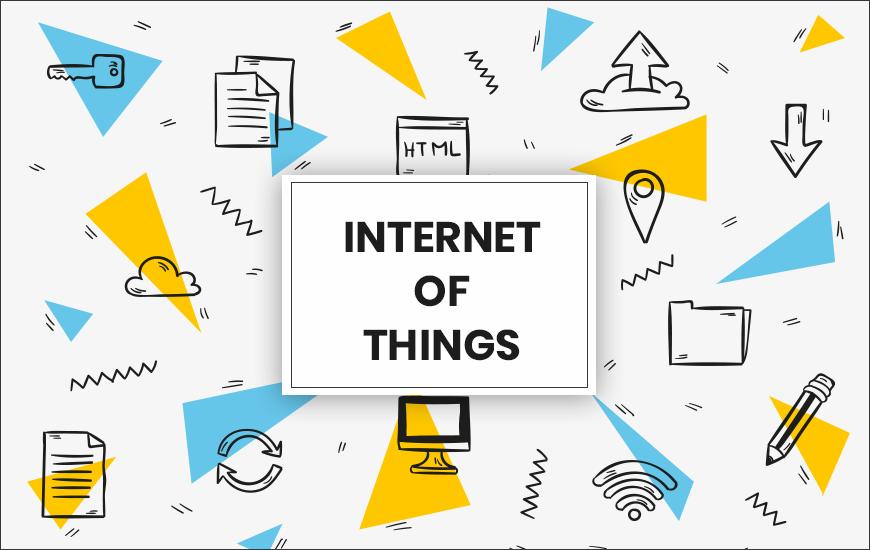 Internet of Things in today's world is taking the meaning of connectivity to a whole new level. And this includes the integration of IoT in various industry verticals, one of them being app development. So if you want to get a better understanding of how IoT impacts mobile app development, keep on reading this article.

Here are the ways through which IoT is directly or indirectly impacting mobile app development:

The interesting part is that IoT technology is nothing but a collection of several components that are combined together to provide collective output. So, it is important for the app developers to learn about the IoT basics first before the technology implementation.

The process of developing and designing a mobile app is usually conducted on different levels and the same approach is taken by the software developers for IoT mobile apps as well. Although when it comes to using new emerging technology, the analytics regarding the targeted audience requires to be under more consideration.

As an app developer, you never treat the two projects with different technologies the same way. That's why it is a better option to develop a new approach or language to deal with a particular technology that is still in its initial development stage.

The Internet of Things is all about device connectivity with the internet and also with other smart devices. In the case of mobile app development, the IoT technology can no longer be connected through the mobile cellular services which include Wi-Fi and Bluetooth 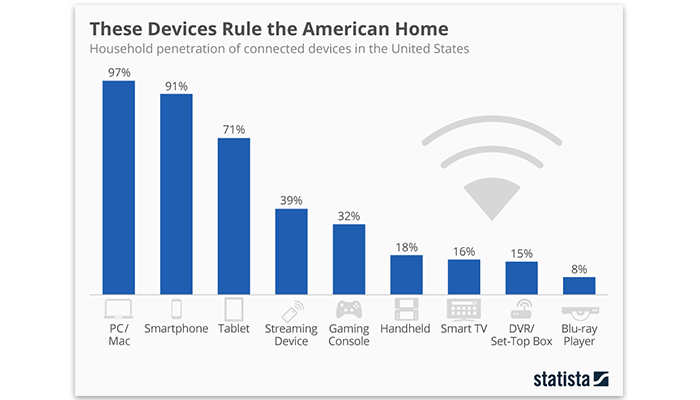 The above image shows the analytics of an IoT report by Statista which states that an average household in the United States has 10 active connected devices and households with 4 or more people even have 19 devices on average.

So, the developers must figure a way out to resolve these issues related to the connectivity of the Internet with the ‘Smart Things.' That further means that IoT applications require an upgraded integration gateway or a standalone device similar to a DSL modem with a different connection protocol.

Because the Internet of Things is quickly becoming an essential part of today's mobile application development systems and its integration is promoting app developers to develop innovative applications. For instance, nowadays there are many tech giants like Microsoft and Amazon that are adding more features to provide the developers to adapt to the technology of IoT.

With the support of these Fortune 500 companies, we can say that in the upcoming years, the Internet of Things will be much more inclusive in different fields of work. This will eventually make IoT available to all those people who have knowledge of coding and can develop apps and software.

When it comes to creating the Internet of Things apps, the app developers have to start right from scratch. This makes the process more time consuming and prone to more errors. The issue here is that there is no Web-based platform available for the IoT app development, due to this the developers need new software for the process.

There are many sectors that are taking advantage of IoT such as healthcare, energy, agriculture, and many more. With each adaptation of IoT, we can see it joining the list of prominent technologies. This can be really beneficial for the introduction of services like connected wearables, smart cars, connected retail and smart cities.

The Internet of Things is encouraging a new horizon of innovation in the mobile application development industry. The ability of IoT to transform any object into a smart device is exactly the reason for its rapid adoption in different business verticals.

There are hundreds and thousands of mobile apps that have been created for platforms like Android and iOS so it won't be completely out of the box if we can find our way to one unified platform for IoT apps. This platform can act as a huge platform for the Internet of Things that we are missing today.

NEXT App Growth Awards 2018: List Of All The Finalists

Why Tuneskit Spotify Music Converter For Windows Is Best