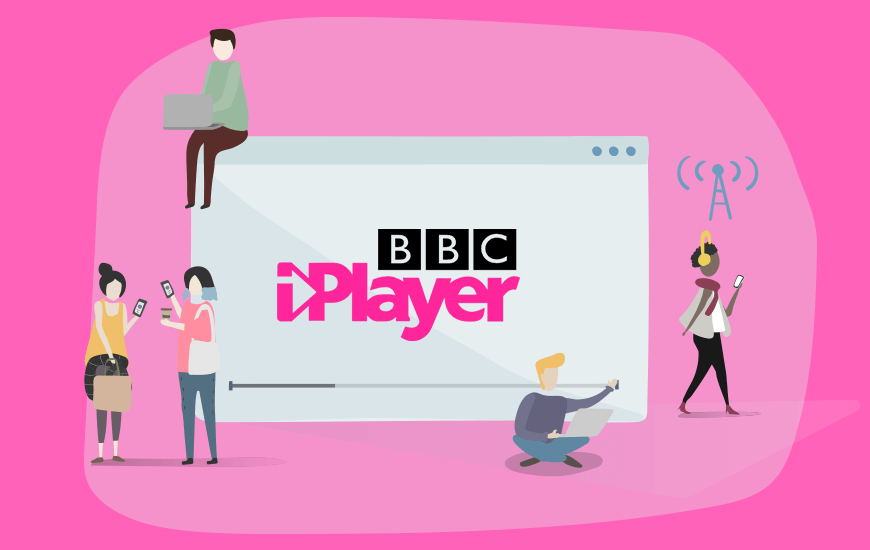 BBC iPlayer went live at the Christmas Eve of 2007. It is an internet streaming, television and radio service where you can catch-up with the programs that you might've missed. Initially, the programs were available for only seven days after their broadcast due to copyright reasons. This duration of 7 days availability of a program was later extended to 30 days from October 2014.

Sadly, it is only available for the users of UK,  and that’s why iPlayer doesn't work beyond the country.

Where and Why BBC iPlayer Doesn't Work?

When you try to watch a program outside of UK, you’ll get a message that says "BBC iPlayer only works in the UK. Sorry, it’s due to rights issues." It is because BBC TV productions are paid for by the UK television license fee, and that is why they are geo-blocked. That means the BBC iPlayer is accessible from the IP addresses existing in the UK only, although, many of the radio programs can be accessed globally with a few exceptions due to rights issues.

In 2015 alone, more than 60 million people were watching iPlayer outside of UK, How?

The thing is, this BBC service has a huge global audience and, in a world, where Virtual Private Networks (VPNs) exist, it's kind of easy to masquerade your IP address as of UK’s. But BBC doesn't look at it as a threat; instead, they have a pretty pragmatic and optimistic approach to this.

"If even a relatively small proportion of users could be converted into paid users, the additional revenue it could create for the BBC would be significant."

But this pragmatism is for the potential customers if they plan to launch a platform like Netflix or Hulu and chances of that happening in the near future are scarce.

As of now, these customers coming in from the proxy networks are reaping in on the content that is paid for UK license fee payers and that is why BBC takes steps to protect the intellectual property belonging to rights holders.

Fortunately, there is a simple solution to get around these geo-restrictions. With a VPN, you can get access to all your iPlayer shows, channels and even BBC iPlayer live broadcasts. There are too many VPNs out there, but many of those do not work with BBC iPlayer or have stopped working with it. So, you’ll have to do your research and look for the most critical factors that go into choosing the best VPN.

Following are the factors that you need to look for while choosing the best VPN to unblock BBC iPlayer:

This service is available to a wide range of devices including smart televisions, mobile phones, personal computers, and tablets. An app for BBC iPlayer is also available on PlayStation and Xbox. It’s an excellent service that lets viewers watch some of the best free legal content on the web.

You can watch almost all of the BBC programmers online from all of the BBC channels on demand for up to 30 days after broadcast. It includes BBC Four, BBC Three, BBC Two, BBC One, BBC News, CBBC and Radio 1.

NEXT Google's Flutter Live 2018: A Celebration of Flutter

Machine learning has come a long way since its humble beginnings in the early 60s. Although, what we associate with machine learning today is wholly different from what machine learning was back then, and it is all thanks to access to plenty of data and cheap storage.The influence of big data ha

The fierce competition in the banking industry is always at its highest level, which is excellent for customers. Every bank aspires to boost its market value by expanding the scope of its services and introducing cutting-edge capabilities. In this regard, the influx of next-gen banking platforms dev

It's not a big secret Google is working on a new mysterious operating system for a long time. Last August we all came to know about Google’s this project named “Fuchsia's”. This mysterious OS of Google is in news and developers are talking about it since last year. This new