With the new iOS 13.1 update, everything in your iPhone becomes better. Find out what’s the hype all about.

In 5 days Apple gives a smart push to iOS 13

With the iPhone 11 and its upgrades finally out, the world currently witnesses the emergence of the powerful gadgets that exist. But Apple does not latch its door here; there’s more to it. The remarkable iOS 13.1.

Less than a week after the launch of the revolutionising iOS 13, Apple delves deeper with its maiden upgrade. The latest iOS update is easy to install and is readily available for download even on the older devices such as iPhone SE and iPhone 6S.

It's quite simple to download. You shall eventually get the update alert but in case you do not, here’s what you need to do.

With just a fistful of minor bugfixes, Apple made it accessible to the users on September 24th, 6 days prior to the original intended date. Not just bug fixes, but in the new iOS update, you can explore an array of new things that will make your smartphone experience livelier. Currently at loggerheads with Android Q, the iOS 13.1 update has lots of new things to explore in maps, display, battery, music, etc.

The iOS 13 update has made navigation map sharing so compatible that now wherever you go travelling, you can share the Estimated Time of Arrival (ETA) with your contact(s). Another additional feature of this new iOS system is that if by any chance you’re reaching later than the calculated time, the contact with whom you have shared your ETA with will be notified immediately.

Whether they’re Airpods, HomePods or Powerbeats Pro, the type of device is displayed on your screen. Also, the Volume Control feature has been readjusted to the upper-left corner of the screen so that the contents on your display are clearly visible minus interruptions.

3. Get Set Grooving: The Karaoke Mode

In the new iOS update, you get a spicy new twist to your podcast. Earlier, the lyrics of a song used to appear in a bland text format but the 13.1 brings in the Karaoke vibe along. You simply need to tap the new lyrics button to stream the words and get into the singsong mode on the spot.

One of the reasons why this is the next big iOS update is the way it adds dynamism in wallpapers when you lever between light and dark. Just pick up your phone and change it from the Light mode to the Dark mode and your phone will automatically optimise it to give you the foremost display. Simply put, AI at its best.

In this next big iOS update, you also get to schedule the Dark Mode as per your convenience. You can time it as per the sunrise and sunset timings of your region. You can also do it manually according to the places you’re visiting. For example, if you’re in a movie theatre, you need the switch it to Dark Mode and reverse it again when you’re on the street under the radiant sun.

This comes along with the iOS 13 update as well. Smart charging preserves the health and age of your battery. It lasts longer than it used to last previously. For iPhones XR, XS and XS Max, an exclusive Performance management feature has been added, which prevents the devices to switch off out of the blue. Interestingly, the new iOS for iPhone also has the option to disable this feature as well.

This is one of the most intriguing features of the update. While the Shortcuts feature was already present as you might’ve seen, this one takes the game higher. Instead of manually turning them on, your Shortcuts will run automatically.

Aren’t these new iOS update feature super-cool? Moreover, these function in a conversational manner which make their usage quite interactive. For the automatic functioning of the apps, you can set up triggers.

If you’ve seen or used ‘If This Then That’, you will have a clear idea of what triggers are. If not, then it’s not that difficult to figure them out. Basically, you set an output to a certain ‘something’. For example, your iPhone does a ‘Beep’ when the camera spots a tree or switches on the flashlight when the microwave countdowns to Zero. Because of its utilitarian nature, you can devise it to almost anything. There are templates available online to make it more convenient for you. Parameters can be set for various things which includes light, sound, time, acceleration and closeness of device from the hand.

In this latest iOS update, Homekit levels up the game by making your day to day activities spunkier with a dash of tech. One of the most noticeable amongst them is Homekit Security. With the Homekit Secure Video, your surveillance facilities get beefed up. Even the slightest of movement will be accurately recorded with Homekit-enabled cameras which get safely stored in your iCloud account. Even the security cameras are encrypted, barring anyone from bugging them. This is possible with the on-device analysis technology.

To make things better, you have Homekit-enabled routers which make your home smartly secure. You can use the Home app to devise a whip-smart method to ensure which Homekit accessories you want to control.

Such amazing add-ons and upgrades make the iOS 13.1 a force to be reckoned with. The new iOS updates brings in the audio sharing facility where you can bring two pairs of AirPods to enjoy the same music or watch the same content that’s on the screen. This is a great way to bring two people together, especially when you’re travelling. Suppose there’s a great Netflix movie you're watching and want your friend to join the bandwagon as well, you now know the drill.

Amongst the most noteworthy iOS 13.1 features, the AirDrop gets a new modification that you’ll get to see in Apple’s current magnum opuses- the iPhone 11, 11 Pro and 11 Pro Max. The powerful chip introduced in the aforementioned three is the U1 chip which boasts of ‘Ultra-Wideband technology for spatial awareness’. All you simply have to do is point your smartphone towards an AirDrop compatible device so that it’s clear which device you wish to share your data with. 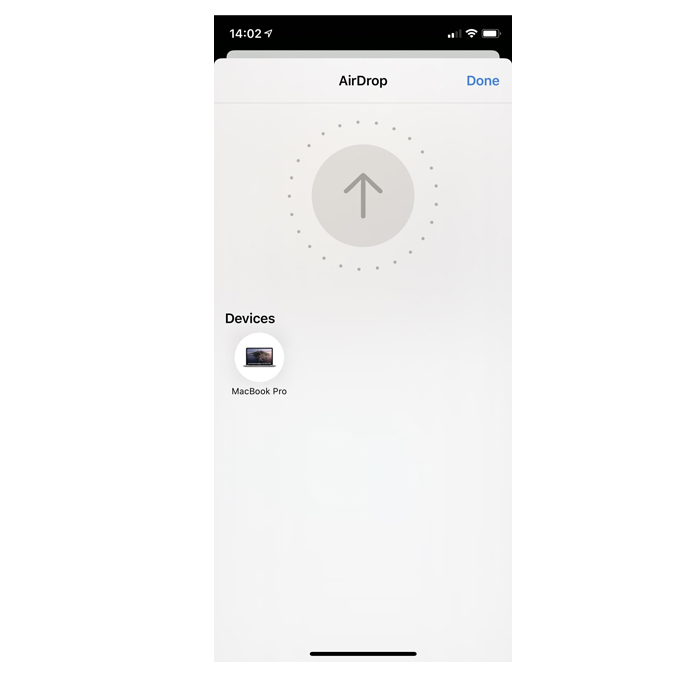 Pssst: Feel the power of the Force in your hand.

The iOS 13 has already triggered ripples amongst iPhone users, and with the 13.1 update, it firmly vests itself into higher grounds. With Apple’s interface growing stronger day by day, people are flocking to the App Store to cave in their apps. This explains why the company is proudly introducing software updates in spree.

The anticipation for the next iOS update for iPhone is already high, what rad upgrades do you have in mind?

Tongue in cheek: The 13.1 updates are so fascinating, even the Triskaidekaphobic will love it.