Top Common Mistakes To Avoid Before And After App Launch

In 2018, there were 194 billion mobile app downloads from the app stores. 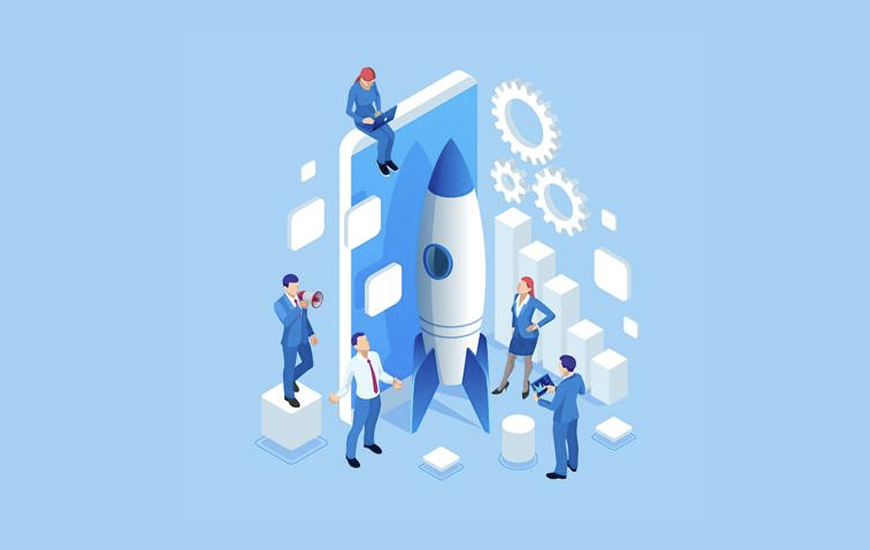 App development can be a lucrative business for developers around the world, and Dubai, UAE is no different. In fact, in the wake of World Expo 2020, there is a huge potential for any company to make it big.

So, whether you are a startup looking to make a mark here or a big company, you can have a head-start here. But you can only convert this opportunity to a success story if you know the app development process inside out.

While there are many mistakes a novice company or a developer can make, let me offer you 5 of those mistakes which can make your life miserable as a developer. So, you better need to avoid them at all costs for a successful future ahead.

Mistakes To Avoid: Before Your App Is Launched

In the development phase i.e. pre-launch opportunities, we would like to describe two aspects here, which can act as a roadblock for all the developers and can make their customers very much annoyed. 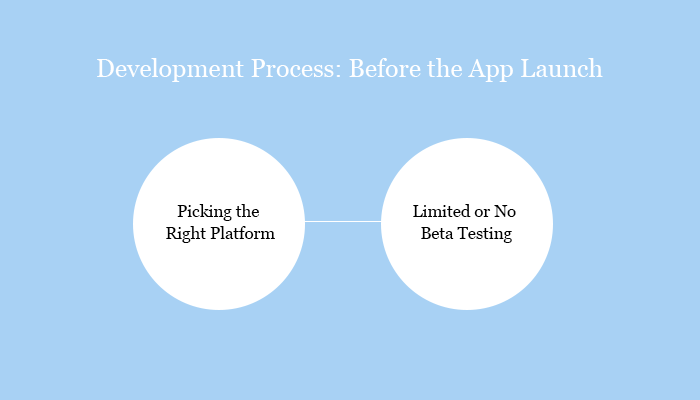 So, we will describe these two mistakes here that are equally important for the mobile app developer to know and also for the management of a company which is looking for an app:

If you think that choosing the right platform isn’t an important issue, think again. If you are hiring a developer to create an app for you, it’s better to choose a platform. iOS and Android are the two most popular platforms along with a few others which don’t even have a 4-5% market share combined.

Android holds over 85% of the market share, and that’s why many companies go for it. If you want to go for both platforms, you will have to bear the cost as obviously any developer will charge you accordingly.

There are scenarios where a company wants to target iPhone users as they want to create an app that targets a particular persona, a community, or a company using such an app, etc. So, you can also go to iOS alone if you have come to that conclusion.

If you do a bit of market research, you will find out that iOS apps are profitable too as most of them are not free. Either way, you need to decide on this before hiring any mobile app development company Dubai so that you can tell them right away exactly what you want, for instance, an excellent user experience.

2. Limited or No Beta-Testing

Beta testing is not just about finding bugs in an app. It is all about how to make sure an app can honestly be taken care of so that it can have the kind of impact on the users the company is thinking.

In simple words, it is an independent trial of a software/app/product that is carried out in the final stages of development. In the case of an app, it is not much of a difference here as the main task for developers is to find the right group of end-users to test the app that is almost complete, that's why beta testing is always a wise decision for a mobile app.

The public beta launch is another option you can go for, but the results may come quite late. So, if you are looking for a quick response, beta testing from a group of users will be handy. But reaching such users can be difficult sometimes. That’s where the expertise of the app developers will come into play.

Mistakes To Avoid: After Your App Is Launched

Once the app is launched, there are further three aspects we would like to discuss with our readers here as they are also very important for the eventual success of it. Below are the common mobile app launch pitfalls:

This is where you need to know how users are reacting to your app and using it for the first few times. You will need good analysis here for the best results as you will know about which features the users are paying attention to and actually liking them and which features, they dislike.

You will also get an answer about if your app is fully functional and responding to the requirements of the users. Once you are through this process, it will be easy for you to check what exactly you need to excel.

The overall performance of the application is one thing that, as a company owner, you need to keep an eye on. For the developers too, this is critical so that all their hard work will pay off well.

A small error, bug, or a roadblock here can be the end of the story for an app as virtually every user will find that blemish in your app and if that error persists for long, he will simply not use your app. So, you need to continuously check for errors and bugs which might have crept in even after beta testing.

For the sake of an app’s success, App Store Optimization (ASO) is critical, to say the least. And the best part, it will not make a hole in your pocket as the process is somewhat similar to Search Engine Optimization (SEO) of a website.

Frequent optimizing of the keywords for your app is what is done here so that it can get on top of the search results when a person looks for an app that is similar to what you have produced.

Through ASO, you can respond to the changes in the ranking of results of apps on Google Play or App Store.

You need to think about the factors that are necessary for making an app a hit. If you ignore reviews and constructive criticism for your app, you will end up not having enough support from the end-users as they will think of you as a non-professional company not thinking about their users.

You need to respond to both positive and negative reviews to make sure you are open to criticism and appreciation at the same time.

If you will offer your customers below-average customer support in case of a query or don’t pay attention to their suggestions, chances are not many users will continue to use your app. Remember that the role of your app developer is of paramount importance, and during all the aspects mentioned here in this blog, you need to consider this for all the success.

If you want to offer your valuable feedback for this post or want to ask any questions you have in mind, please don’t be shy as you can use the comments section below for either way. We hope this article sheds light on the mobile app launch mistakes that you should avoid at all costs.

To make your mobile app launch a success, you can even opt for some mobile app marketing strategies for improving customer acquisition and boosting your app’s visibility. If you have any questions regarding the above-mentioned data, feel free to leave a comment in the section below.

PREVIOUS How Dapps Are Different From Regular Mobile Apps?

NEXT Understanding the Basics of Virtual Reality Development for Mobile Apps

FlexClip Review- The Best Video Editor for Everyone

Well-edited videos are the best way to convince users and clients of your ideas. Or, if you are a student, you can use videos to present your projects creatively. But, isn’t editing videos a tough task and requires experience? Well, not anymore. To edit videos easily even when you do not have

Big brands spend multi-million-dollar budgets on their marketing campaigns. They invest solidly in activities that can help convince people to use their services: partnerships with the top influencers, social media advertising, and even street billboards.When it comes to app stores, many big bra

Till May 2020, online grocery related web searches saw a boost of 202% which proves that the online grocery business is blooming with time. However, many online grocery challenges are also coming into existence with this growth of the sector.The growing online grocery market has many issues and