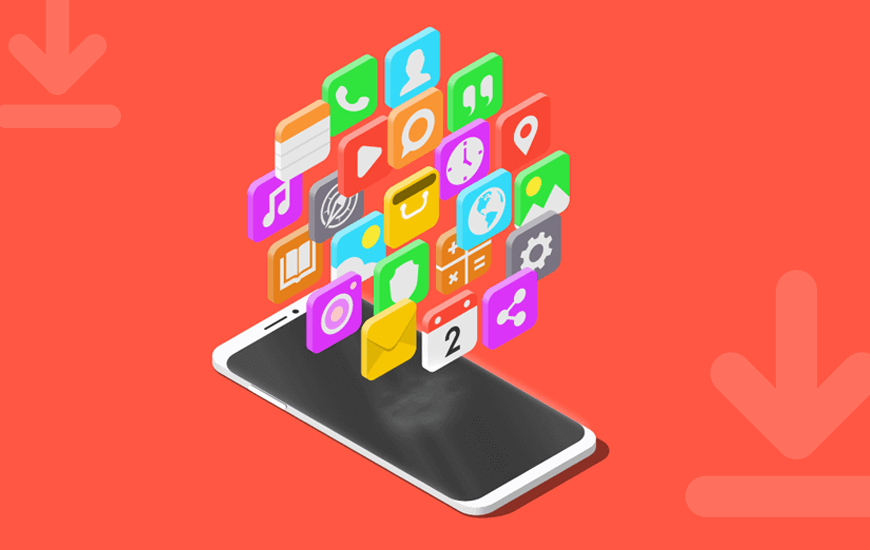 The app market for both web-based and mobile applications seems to be on a constant rise especially in terms of total consumer spending and web/mobile app downloads. The latest proof for this phenomenon is the recent data shared by the well-known website App Annie which heavily focuses on these two terms.

According to the information received by the state of the mobile report, it has been predicted that the total number of global app downloads by the end of 2018 will cross the threshold of 113 billion mobile app downloads that also means a surge of more than 10 percent is expected to be seen in comparison to last year i.e. 2017. Also, you can keep yourself updated with the trending updates of the mobile app industry from the News Section of MobileAppDaily.

In addition to this, it has also been reported by the company that consumer spending in apps stores like Google Play Store and Apple App Store has grown at a rapid pace. To be specific the rate of growth has been quicker, for instance, it’s up 20 percent every year and is on its way to surpassing $76 billion globally.

This app intelligence firm predicted this information by analyzing collected user data and other information across both Apple’s iOS App Store and Google Play Store, up to the 15th of December 2018. But this report doesn’t include third-party Chinese app stores or any data related to them because it would make the figures even higher.

The firm even stated that

'The attributed the continued increase in consumer spending to mobile games, which are the most popular and profitable gaming format'. 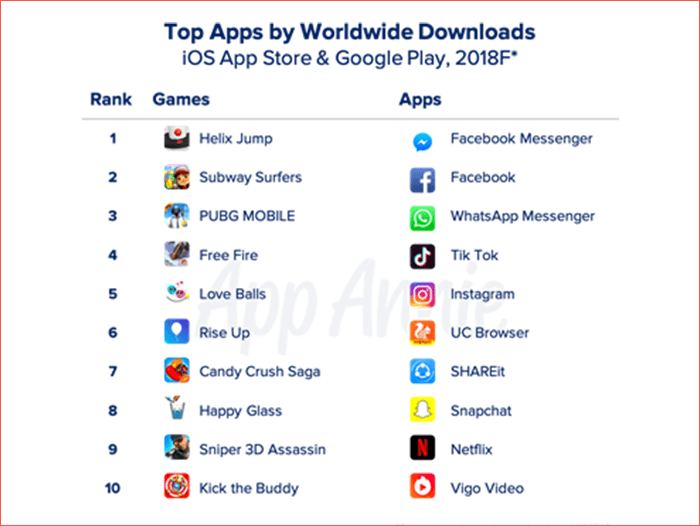 Mobile games like Roblox, Fortnite, PUBG and more such leading gaming platforms are making the most of this opportunity. These two images showcase the current ranking of the web and mobile applications for the year 2018. The analysts from App Annie also predicted that smartphones would continue to grow with such rates in the year 2019 as well. 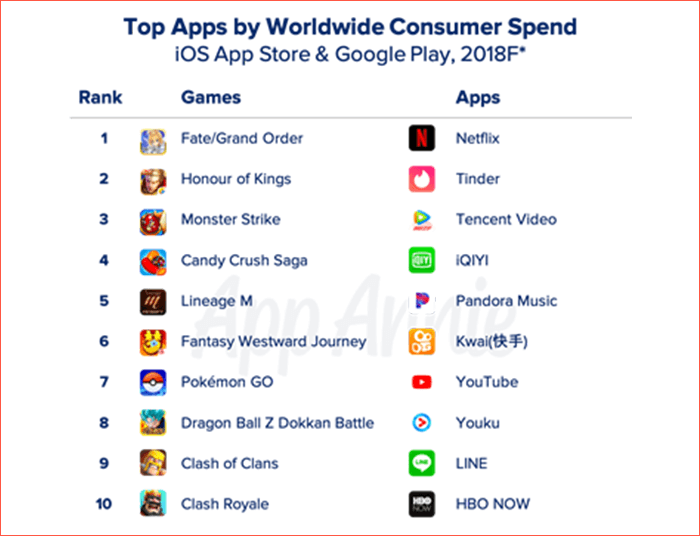 Both of these images for Top Charts mention both app stores with information of 2018, for instance, Messenger received the most app downloads out of all apps. And in the gaming category, Helix Jump was the most downloaded game in the app stores while Fate/Grand Order generated the most app revenue out of all gaming applications and Netflix generated the highest in the non-gaming category.

Also, if you wish to know more about such valuable insights then join the family of MobileAppDaily at the earliest by clicking on the ‘Subscribe’ button and never miss another interesting update from the world of mobile applications.